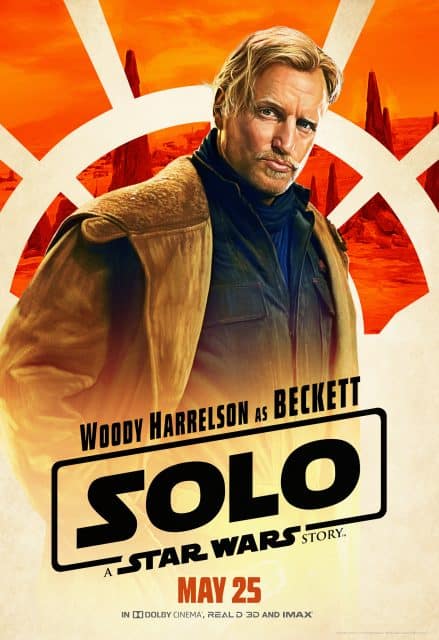 I loved having the opportunity to interview Woody Harrelson. He plays the part of Tobias Beckett in Solo: A Star Wars Story. Out of all of the interviews, he was one of the most relax and happy people that we interviewed. I love meeting the actors who played the different characters in movies because it gives me a deeper understanding and respect into their character. He did an amazing job at the role of Tobias Beckett and I enjoyed learning more about his character.

Who is Tobias Beckett?

Tobias Beckett character is explained as: "There is no question that Beckett is a survivor. Seasoned, taciturn, and all-business, Beckett quietly works out all the angles to come out ahead. He’s put together a team of specialized thieves to carry out risky but profitable heists, which he carefully plans and executes."

“Solo: A Star Wars Story,” charting the adventure-filled past of Han Solo, the iconic galactic scoundrel and one of the most beloved characters in cinema history. Through a series of daring escapades deep within a dark and dangerous criminal underworld, Han Solo will meet his mighty future copilot Chewbacca and encounter the notorious gambler Lando Calrissian, in a journey that sets the course of one of the Star Wars saga’s most unlikely heroes. 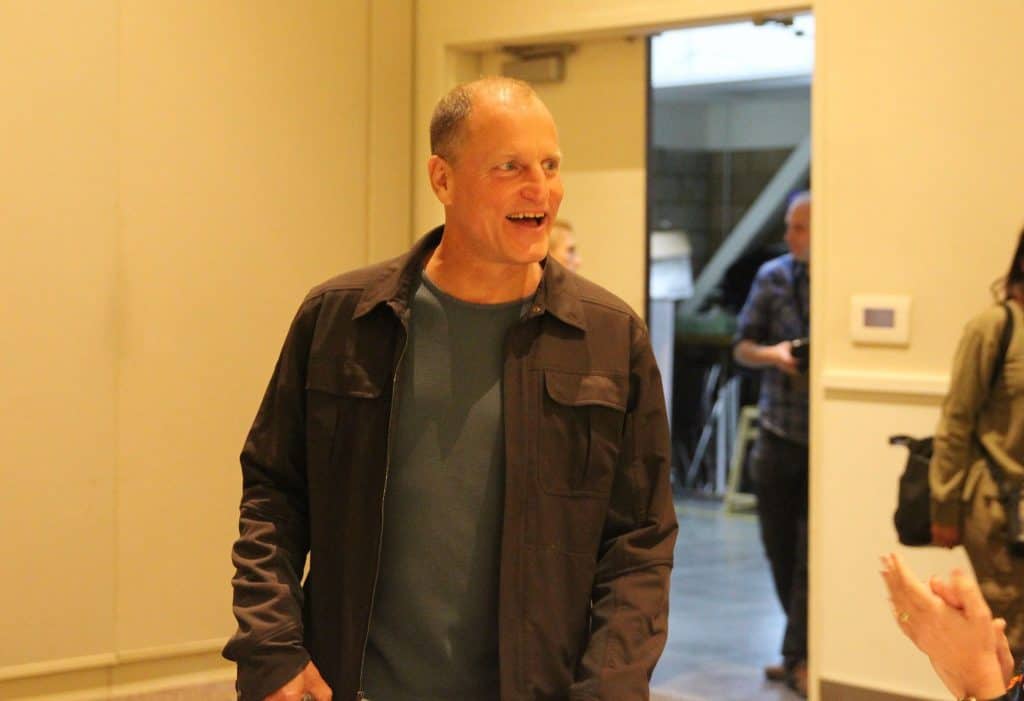 Woody Harrelson was down to earth, kind and a lot of fun to interview. He was very funny and you could feel that he really is a happy guy. I really enjoy interviews like his because he felt sincere, open to share and comfortable. We talked a lot about his choice in choosing a vegan diet (which he started around the age of 23!) as well as his role in Solo: A Star Wars Story. Here are some of the fun highlights from our interview. 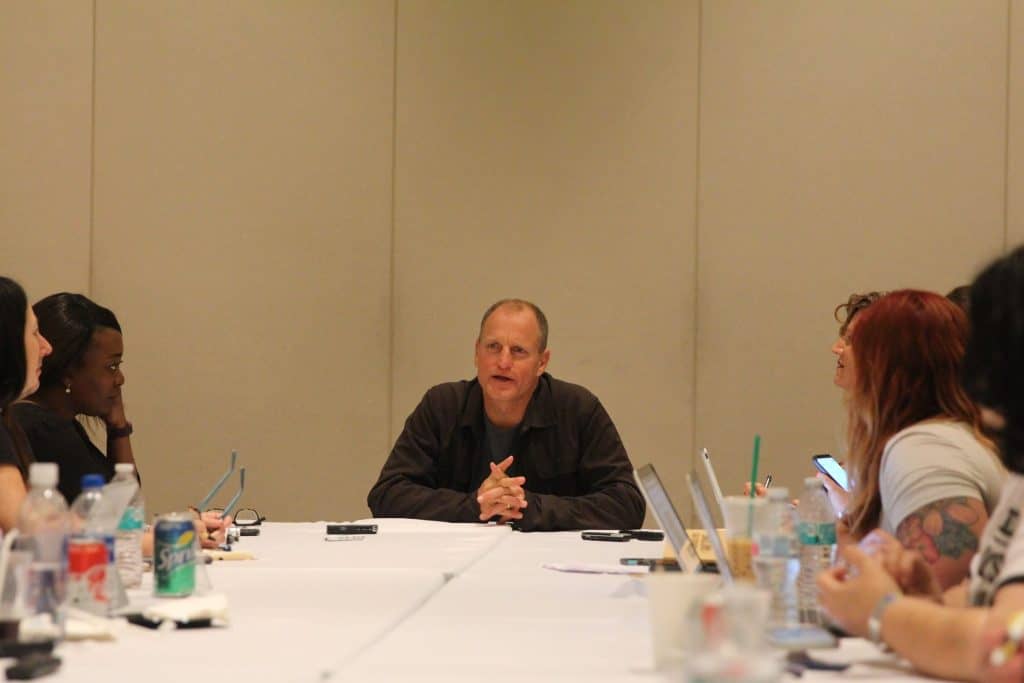 Woody Harrelson is another new member to the Star Wars family. He saw Star Wars for the first time in 1977. He was all about the big sensation and immediately loved the movie. When first approached about being a part of Solo: A Star Wars Story, Woody Harrelson decided not to do it. Thankfully, his producer would not take no for an answer. When looking for advice in hard decisions, Woody Harrelson would turn to his tough love mentor, Jack Nichols. Jack Nichols would always give him lots of cool advice. 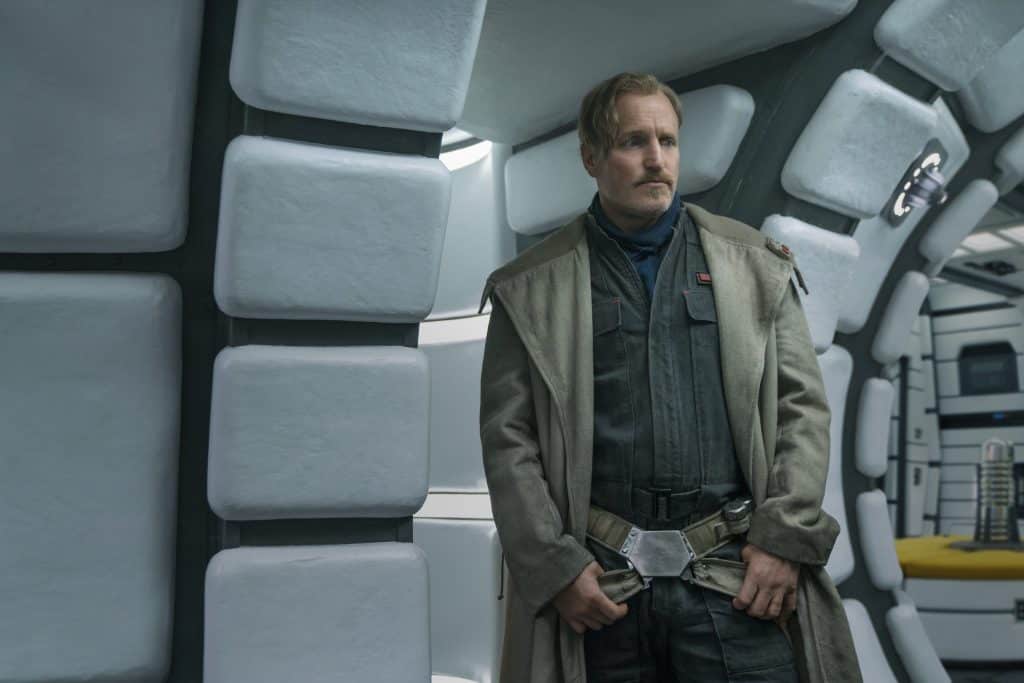 Woody Harrelson is Beckett in SOLO: A STAR WARS STORY.

Woody Harrelson is Beckett and Alden Ehrenreich is Han Solo in SOLO: A STAR WARS STORY.

Woody Harrelson loved having the opportunity to work with Alden Ehrenreich. He admired Alden‘s work ethic and called him an extraordinary guy. He mentioned that Alden is a very hard worker. On his spare time Alden would read books and take piano lessons. Woody Harrelson loved spending his own extra time playing online Chess. 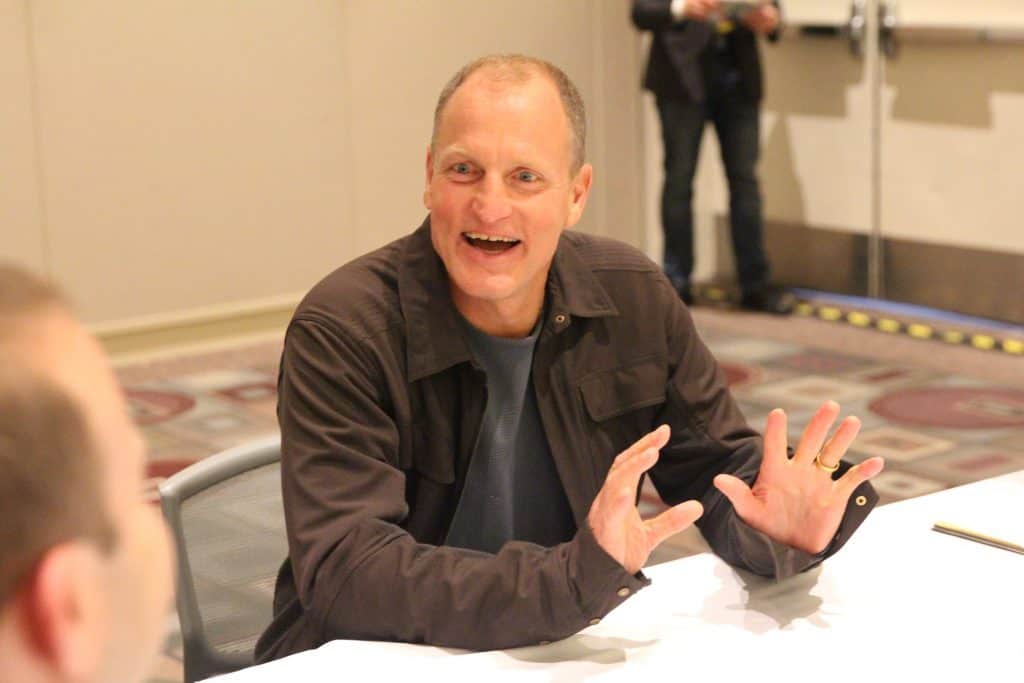 Woody Harrelson feels like he is a genuinely happy guy and is grateful for the life that he has. When asked about the legacy that he hopes to leave, he says he wants to leave the smile type of legacy. He wants you to remember that he was happy. I will definitely remember him in this way. I think he smiled from the moment he walked into the room until the moment he left. He is excited to take the rest of the year off and when he is retired he wants to spend time playing the valachord. 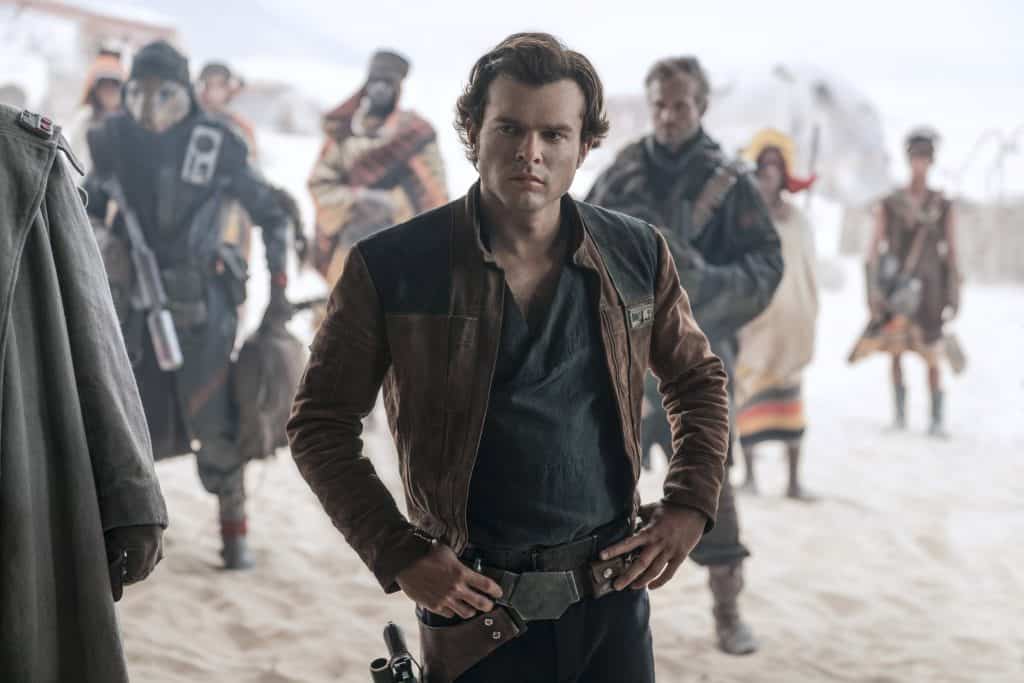 FUN FACT: If Woody Harrelson could be any Star Wars character, he would want to be Han Solo.

Because, “who wouldn’t want to be HAN SOLO?!“

He was so kind to take a group photo with us. After taking the photo he told us that he thinks "mom" is the greatest profession in the world! Solo: A Star Wars story is in theaters now. I am excited to see how you like it. I loved the role of Tobias Beckett and felt that he was incredibly important in shaping the early character of Han Solo. This movie is fun, adventurous and family friendly. With school ending it is the perfect time to celebrate with a great movie. 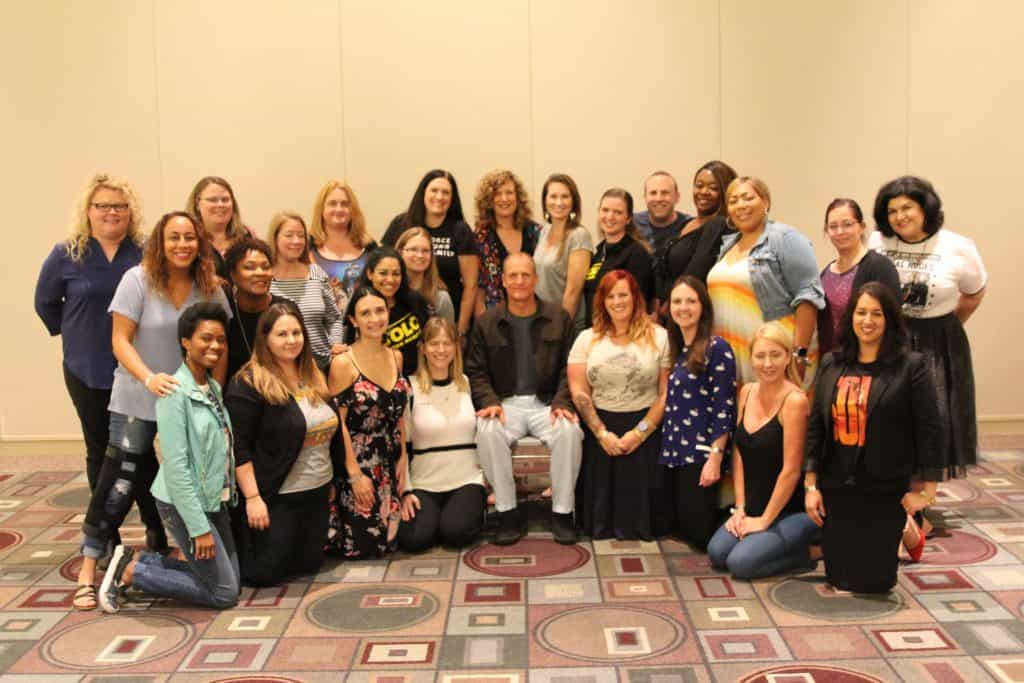