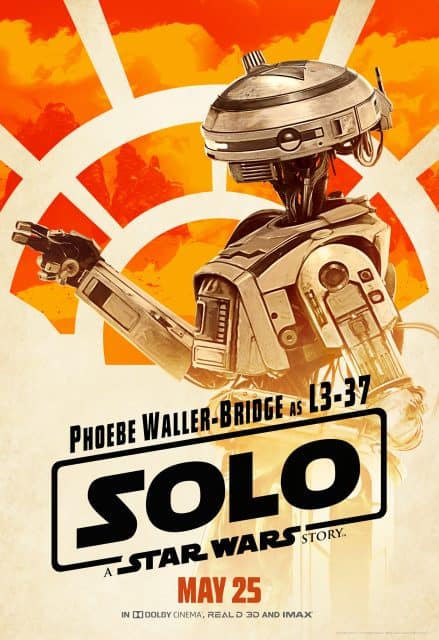 I love the character of L3-37 in Solo: A Star Wars Story. Her character is a lot of fun and has a lot of heart. Just like all of the droids in Star Wars, they really become so loved and an important part of the story. I was excited to have the opportunity to interview Phoebe Waller-Bridge and learn about her experiences in creating this character. Phoebe Waller- Bridge plays that part of L3 who is "Lando’s co-pilot and a self-made droid assembled from astromech and protocol parts. Despite her make-up, L3-37 is an enlightened navigator who cares deeply about droid rights." 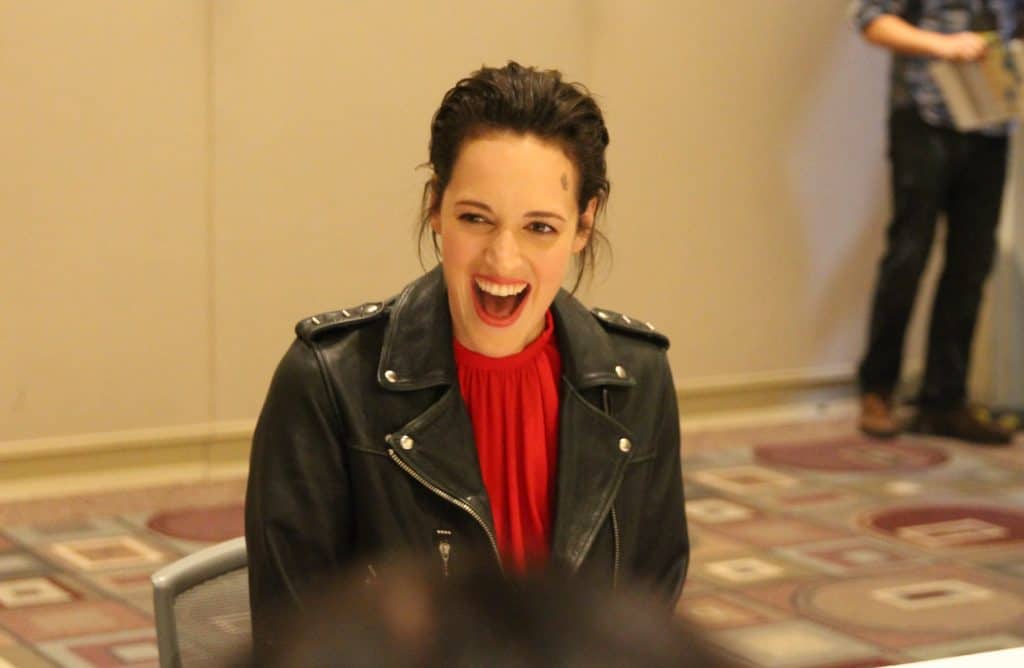 Being cast into a Star Wars movie is really a dream of so many people. Star Wars movies being a part of so many generations has made it that Star Wars fans are moms, dads, grandparents and kids. Star Wars is something special that families enjoy together. I thought it was interesting that Phoebe Waller-Bridge had not seen any of the Star Wars movies before being cast. Of course, though, now that she is a part of the Star Wars family, she has seen them all and is OBSESSED with the movies now. Her most memorable moments of starting filming was when she first saw the Falcon and when she first met Chewie. She said that she may have let out an involuntary scream! She loved making this movie and was gifted a beautiful broach of her mouth that a modeler made.

Donald Glover is Lando Calrissian and Phoebe Waller-Bridge is L3-37 in SOLO: A STAR WARS STORY.

It was fun talking to Phoebe Waller-Bridge about the character of L3. Her description of L3 is that the droid is a "self made, sassy droid-- this makes her bigger, faster and stronger then other droids." Phoebe Waller-Bridge says that L3 is a social justice warrior. A droid with an Agenda. Interesting fact: in film the scenes for L3 they made a scan of Phoebe Waller-Bridge's body. They made a replica of her body and built the suit around it. In acting, Phoebe Waller-Bridge would try to act "droid-y" but they always told her to be more relaxed. After the script was set, they had the opportunity to do a little ad lib which was already really fun. 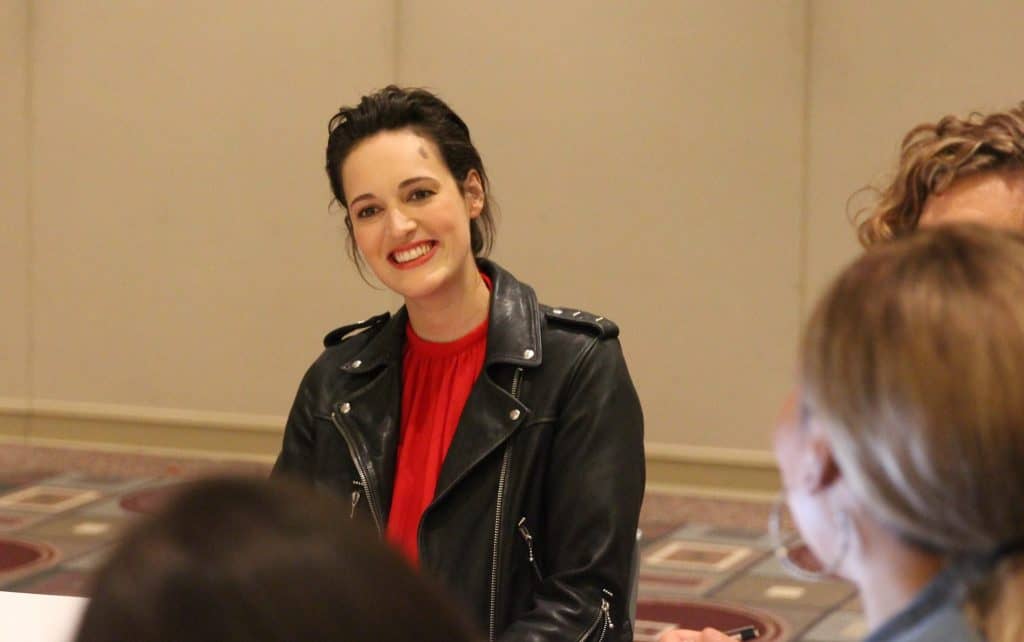 Phoebe Waller-Bridge loved being able to work with Ron Howard. Every actor that we interviewed had really nice things to say about him. Phoebe Waller-Bridge referred to Ron Howard as a "Master" and says that he is friendly, makes people feel relaxed, is clever, kind, has a brilliant eye and makes everyone feel safe.

Phoebe Waller-Bridge found many beautiful and real life lessons in Solo: A Star Wars that she hopes people take rom the movie. In working with the character L3 she hopes that people see that you should start at the heart with any character no what they are made from. This movie shares a love story that really surprises you. She wants people to learn the importance of individuality, having courage of their own convictions, the important of building amazing relationships and learning to trust. There are so many great themes in this movie that makes it a perfect family friendly film. 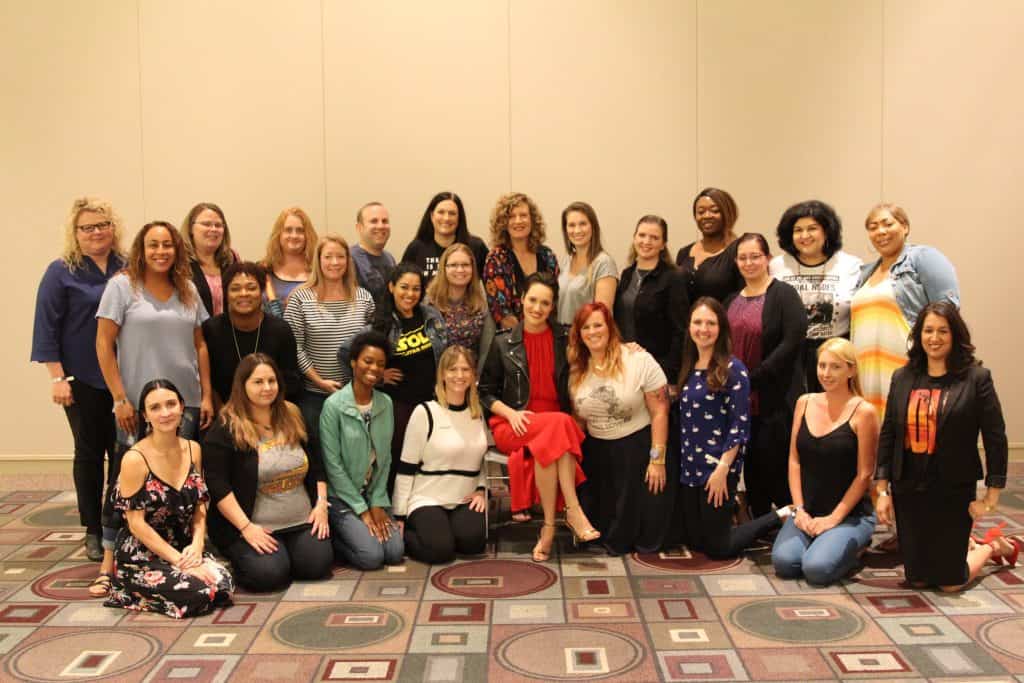 Interviewing Phoebe Waller-Bridge was a lot of fun! She was so kind and was excited to talk about her experience. SOLO: A STAR WARS STORY opens in theaters everywhere on May 25th! Do you have your tickets yet??