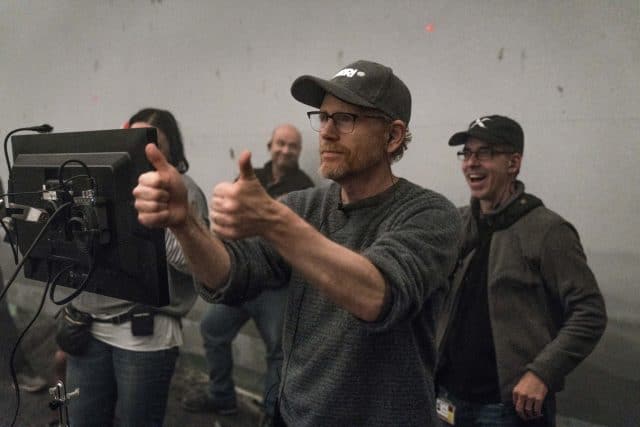 I'm pretty sure that you probably heard me scream when I found out about my SOLO: A STAR WARS STORY Interview with Director Ron Howard. I have had the opportunity to interview made amazing directors and Ron Howard has always been on my "interview bucket list". He has directed many of my favorite movies and is a director that I really respect. This interview was also one that made my husband extra jealous. Being a movie guy, he would love to sit down with Ron Howard. I'm sure many people feel this way because he is incredibly talented and respected. Our Solo: A Star Wars Story press day was a lot of fun because they had photo opportunities available for us while we waited for the cast to come for their interviews. Our Ron Howard interview was the last of the day and a great way to end an amazing trip. He was so kind and happy to talk to us. He was very respectful and talked directly to the person who was asking him a question. Here is a summary of our interview with Director Ron Howard. 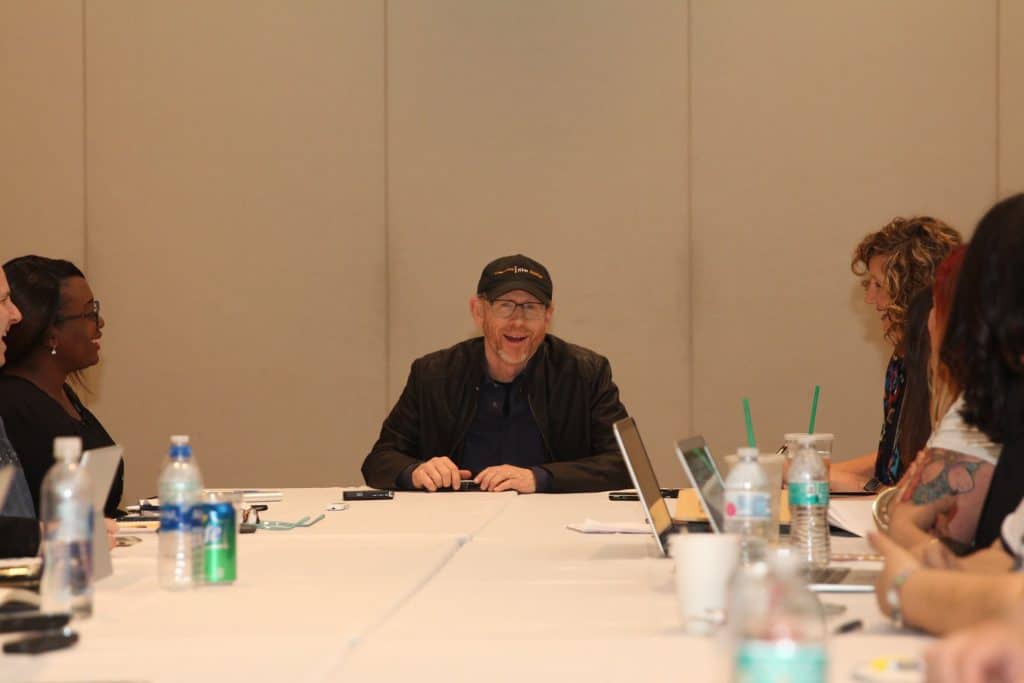 Before becoming director for Solo: A Star Wars Story, Ron Howard had a scheduled breakfast with Kathleen Kennedy. There wasn't a purpose for the interview besides just catching up with her. It wasn't long into breakfast when the conversation led to opportunity and she asked if he would ever consider directing Solo: A Star Wars Story. His first reaction was to tell her no. Although, he was compelled by the script in ways that surprised him. He talked with his wife and they both decided that he would be disappointed if he didn't. 3 days after the breakfast meeting he said yes to Kathleen Kennedy.

I imagine that being a Director comes with a lot of pressures. Not only are they working to create a movie that their fans will love, but they also are in charge of an entire cast of actors and creators. One of the challenges Ron Howard faced as the director was feeling responsible for the cast. He especially felt responsible and worried about Alden because he knew that he would face a lot of judgement. Star Wars fans love the Harrison Ford Han Solo and Ron Howard wanted to protect Alden from the criticism of fans if needed. Alden did a fantastic job as Han Solo and I really think that Star Wars fan will approve. In developing the Character of Young Han Solo, Ron Howard to took inspiration  from Harrison Ford so he could make a younger character that made sense and that had similar habits as the older Han Solo. 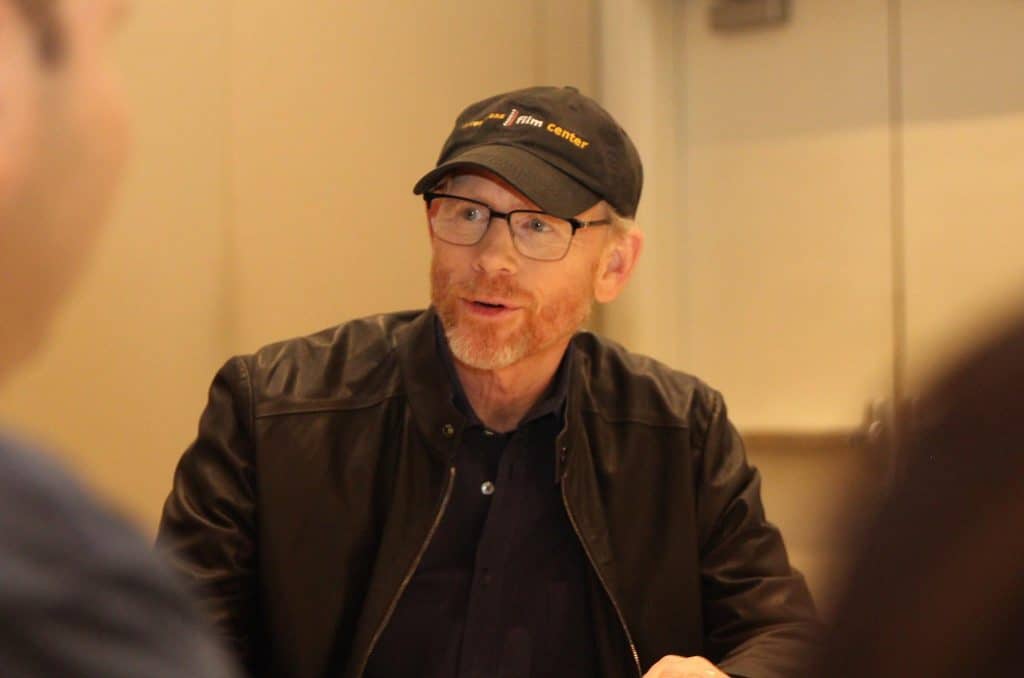 In our interview we learned the the Young Han Solo movie "hatched" long before the Disney merge with Star Wars. Everyone involved was excited for this story and wanted to give 110% to the Young Han Solo movie. They really believed in the story but had to postpone the making of the movie. In talking to George Lucas, he told Ron Howard to "trust your instinct" when making the movie. Having this opportunity made Ron Howard respect all the other Star Wars movies any more. He loves Star Wars because he feels that they entertain people in so many ways. Some of these ways include:

Star Wars movies are definitely a lot of fun and do a great job of entertaining a large audience of people. They really are a lot of fun and great to enjoy with the whole family! I am really excited for everyone to see Solo: A Star Wars story because it is filled with the same action, humor and great storyline as the others. Ron Howard said that he loves the Complexity of the movie. Solo asks the deep questions about the moral gray areas. He was excited to share this story because he feels that knowing the outcome gives the Han Solo story more weight. Ron Howard was so kind to take a picture with us! I'm so grateful for the opportunity to interview him! 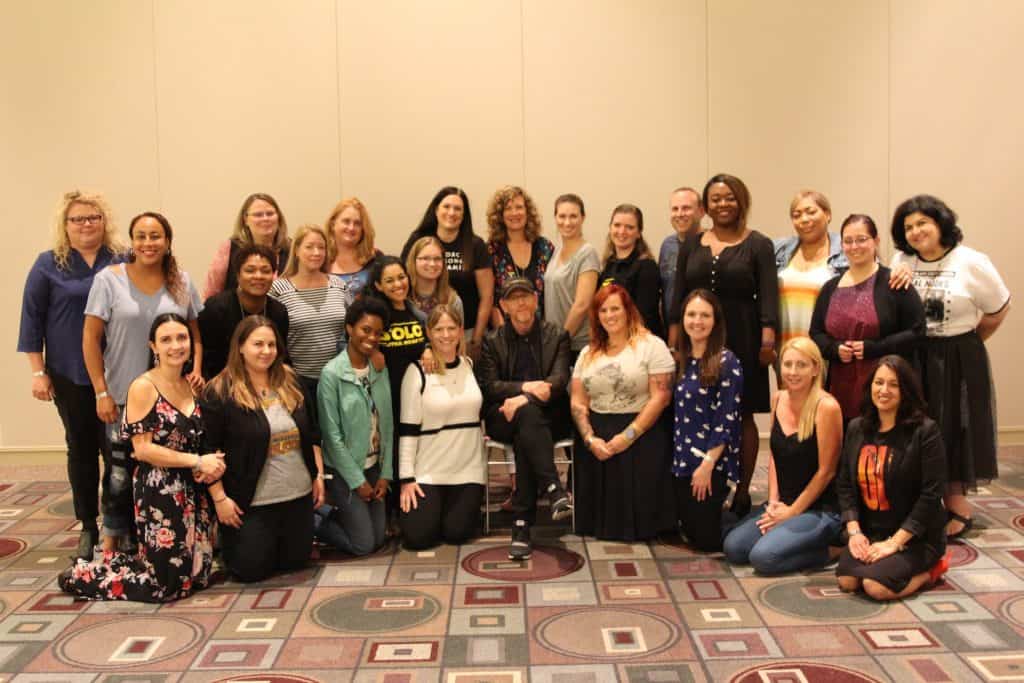