I'm excited to share with you our Emilia Clarke- Solo: A Star Wars Story Interview. 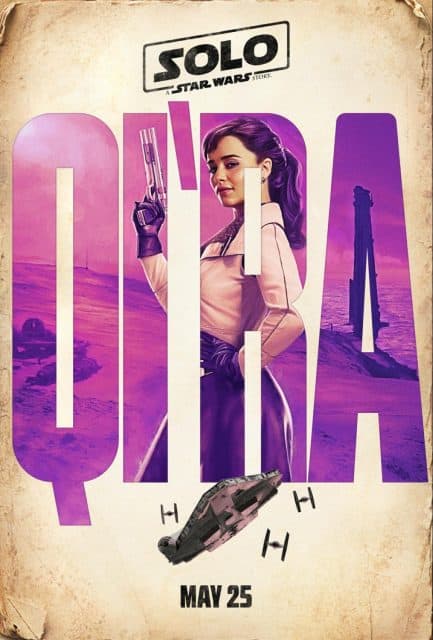 I'm sure that you have heard Emilia Clarke's name. Out of all the interviews that I have done for Solo: A Star Wars Story, I was amazed at how her Game of  Thrones fans came out and really were interested in her role on Star Wars. I have heard a lot about Game of Thrones and her role and it is fun seeing her fans crossing over to Star Wars. Her fans had lists and lists of questions to ask her for her interview so hopefully we are able to get them all the answers that they are looking for. Emilia Clarke also recognizes that there is a crossover of her Game of Thrones fans becoming Star Wars fans and she is grateful for that. First impression of Emilia Clarke-- she's adorable, sincere, humble and apparently she makes treats for the cast on Fridays! I'm very excited that she was cast into Solo: A Star Wars Story and am very excited to share her interview with you. 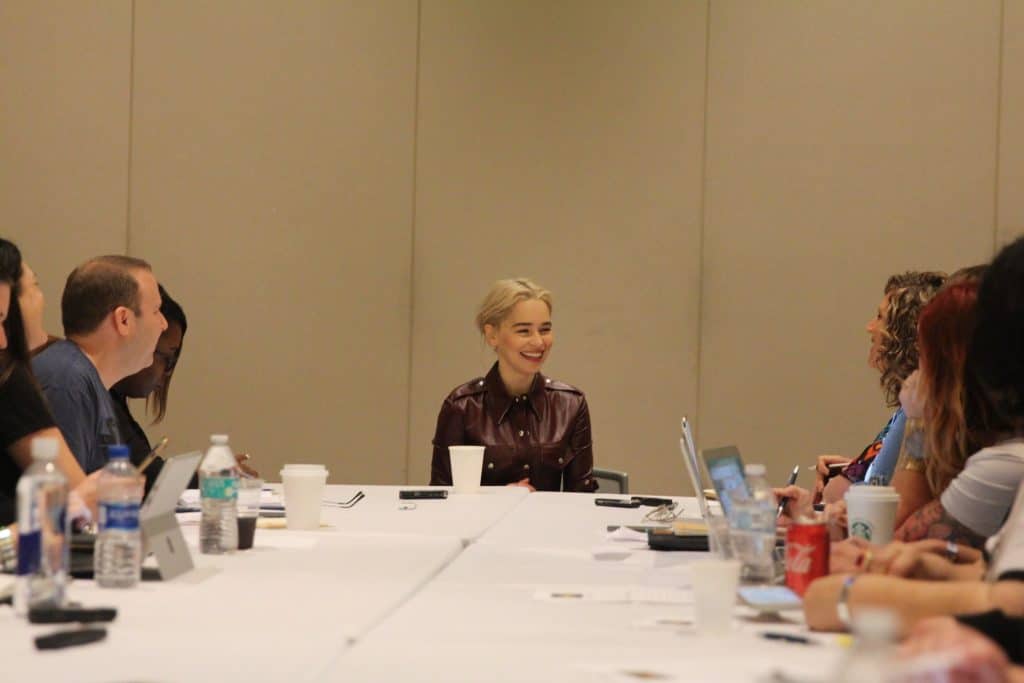 Did you know that when Emilia Clarke was a little girl she would dress up as Star Wars characters with her brother for halloween. Her brother was a huge Star Wars fan, but she didn't really understand why. She just joined in because her brother was such a big fan. It wasn't until episode 7 came out when she suddenly realized why everyone felt how they did about Star Wars. She was so excited to share with her brother her role as Qi'ra and said that her brother may have screamed louder than her when she found out! I love that the passion of Star Wars is an important part of her relationship with her brother. So many of the Solo: A Star Wars Story Interviews turned to family and how important family is to each actor.

In joining the Star Wars family, Emilia recognized Star Wars as being hallowed ground and  did not want to disappoint Star Wars fans. We asked if she was intimidated by woman who came before, like Princess Leia and she has learned that she just can't think about it. 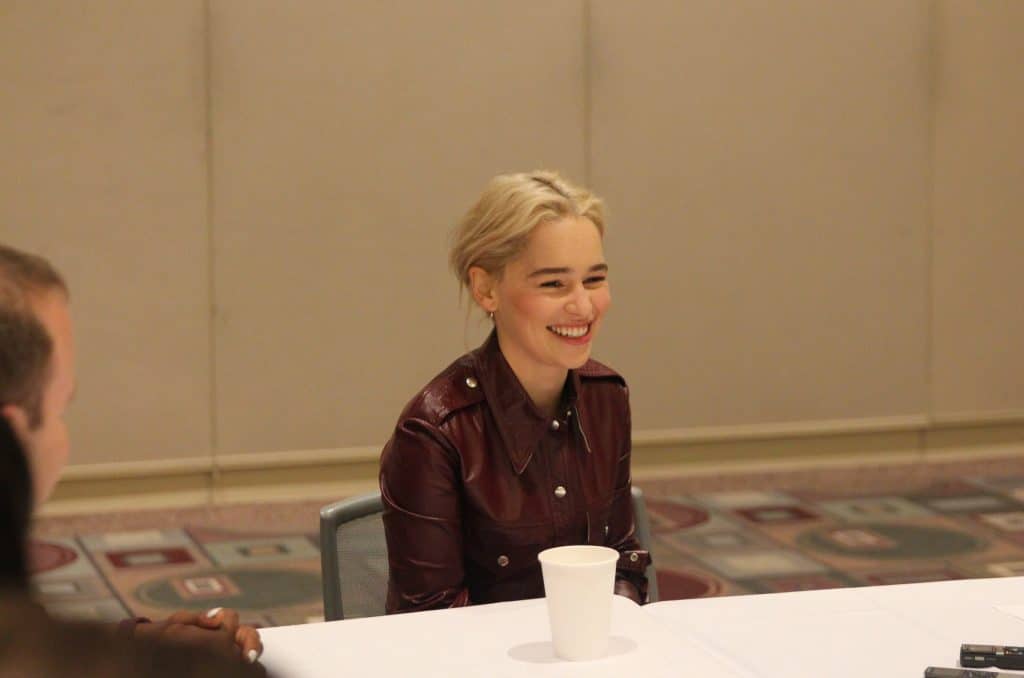 One of my favorite parts of our interview was talking about "Strong Woman"  She was asked how it feels to always be cast as "STRONG FEMALE CHARACTERS". I loved her reply and felt she put it better than I have ever heard it stated. She said:

"We are just WOMEN. Strength is within us as Women. It is a part of being women. GO GET IT!" 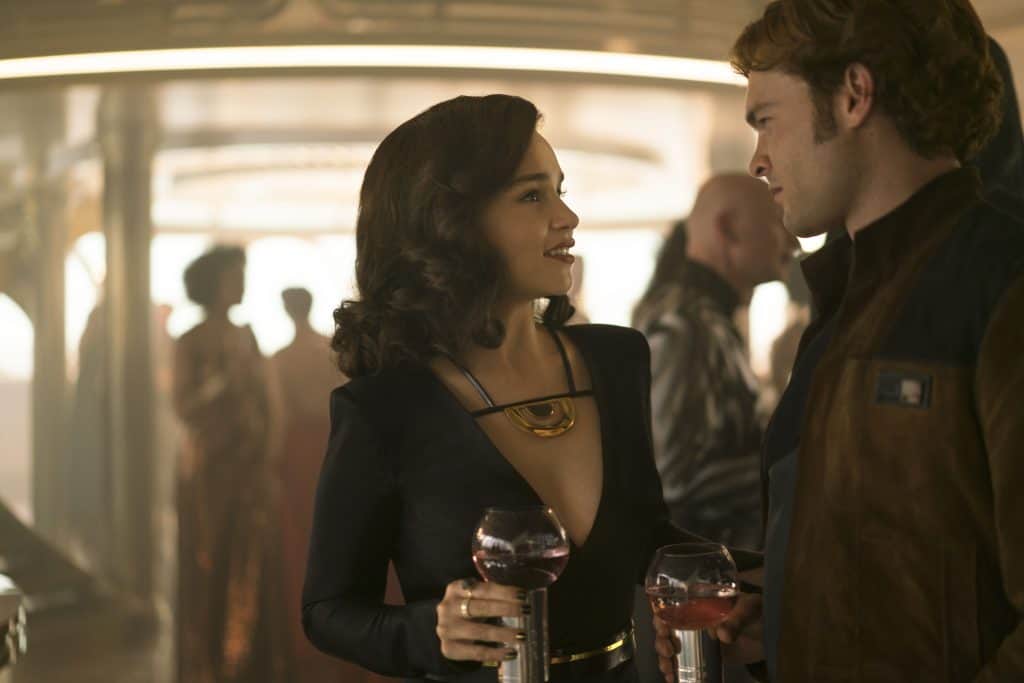 Emilia Clarke is Qi’ra and Alden Ehrenreich is Han Solo in SOLO: A STAR WARS STORY.

Emilia loved the wardrobe on Star Wars! She felt that the Wardrobe that she had as a "kid on the run" had a COOL fact and her first thought was, "Awesome! I'd wear that!" Her wardrobe when she was older needed to have impact as if she was owned. It is important that the Wardrobe helps you to appear a certain way.

Emilia Clarke is Qi’ra in SOLO: A STAR WARS STORY.

It is always fun to talk to an actor about the similarities between them and their character. Emilia feels that her similarities are that Qi'ra is a survivor. She has lived a lot in the time we don't see her. It is important that they both have a Hustle. They have both had to grow up fast which really builds character and shapes them into who they become. I'm sure that these characteristics have helped shape Emilia Clarke into who she is today.

Emilia Clarke is Qi’ra and Alden Ehrenreich is Han Solo in SOLO: A STAR WARS STORY.

Ron Howard is such an amazing Director. It was definitely agreed across all of our interviews that working with Ron Howard is a special opportunity. Emilia felt that it was:

"AMAZING to be directed by Ron Howard. A dream come true. He held us all in the most beautiful way and made us feel heard." 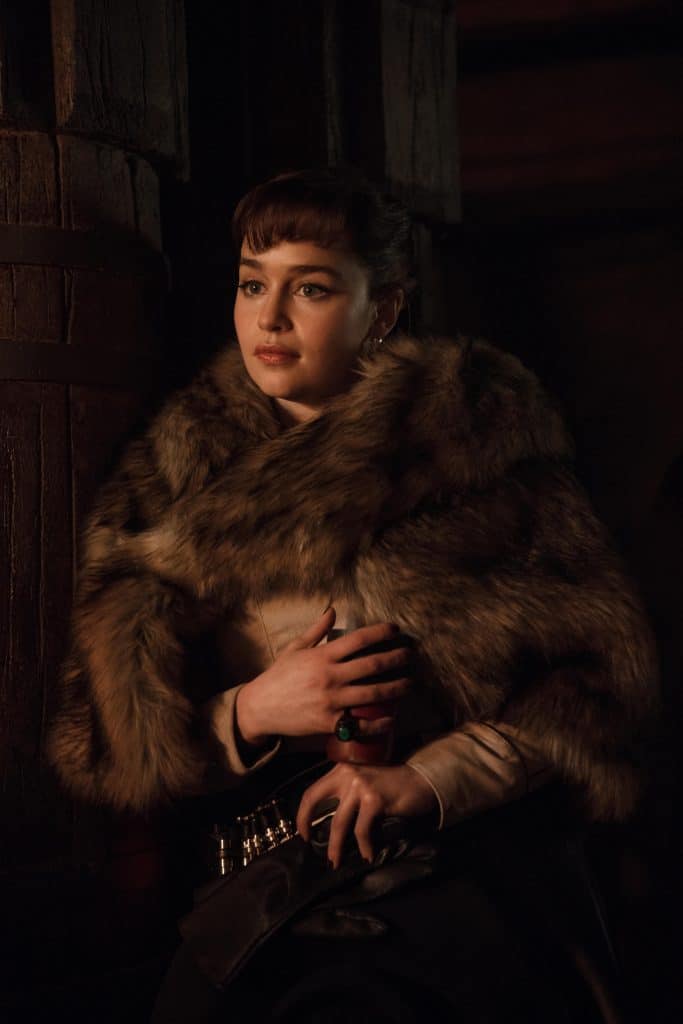 Emilia Clarke is Qi’ra in SOLO: A STAR WARS STORY.

If you are familiar with Emilia Clarke, you will know that she is known for a few things. She loves to try to take things from set and she is also known to prank people on set! We asked some behind the scenes questions about Emilia Clarke that her fans were dying to know. 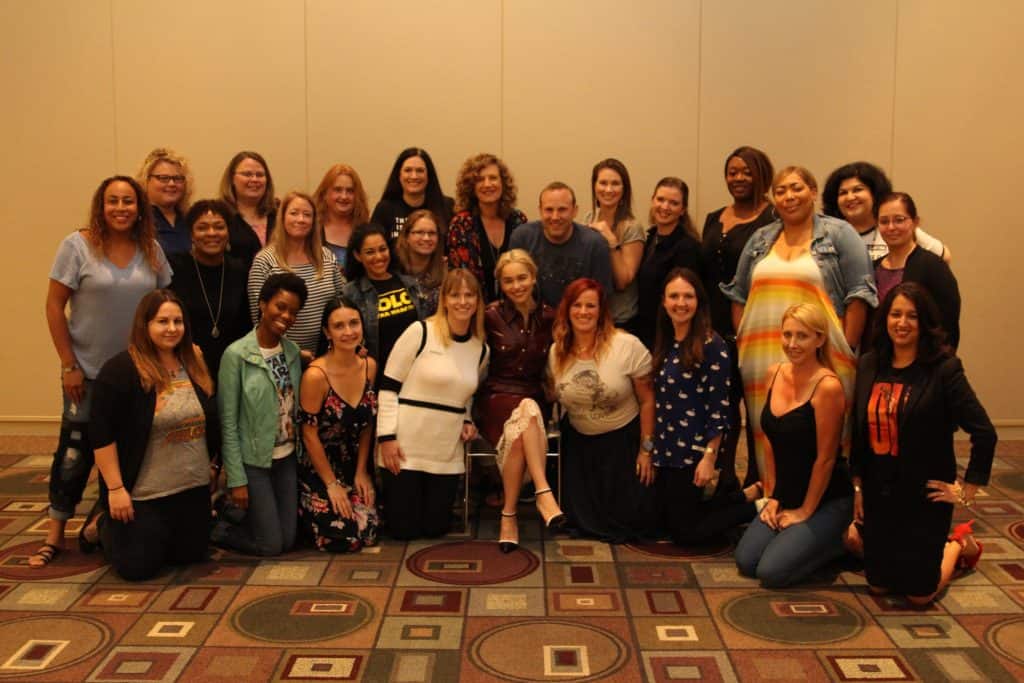 Emilia Clarke was an absolute joy to interview. I don't think she ever stopped smiling! She is very sweet, warm and passionate about her fans! Se was so kind to take a group picture with us after the interview. SOLO: A STAR WARS STORY opens in U.S. theaters on May 25.