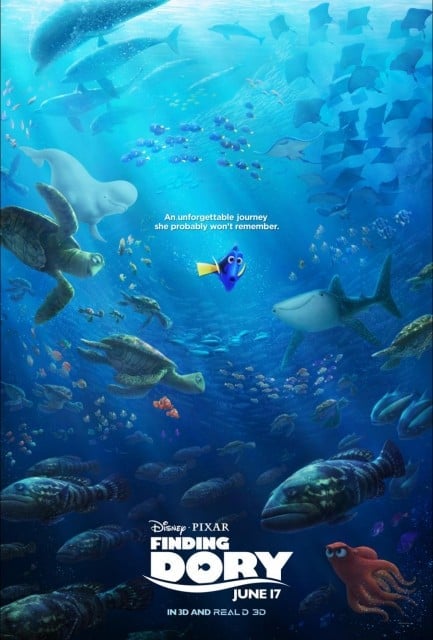 Just a little over a month until we can finally go see Disney Pixar Finding Dory in theaters! Ever since I had the opportunity to visit Monterey for the Finding Dory Event, I have been so excited. I am excited to see all the new characters as well as learn more about Dory's story!! While in Monterey, not only did we get to see some peaks into the movie but we also had the chance to interview the Creatives behind making the movie. It is amazing to see the process, passion and love that goes into making a movie. The ones that I especially enjoy interview are the Directors and Producers of a movie because they have spent so many years with the movie being such a central part of their life. Their love of the movie is always apparent. I was so excited to interview Director Andrew Stanton and Producer Lindsey Collins. 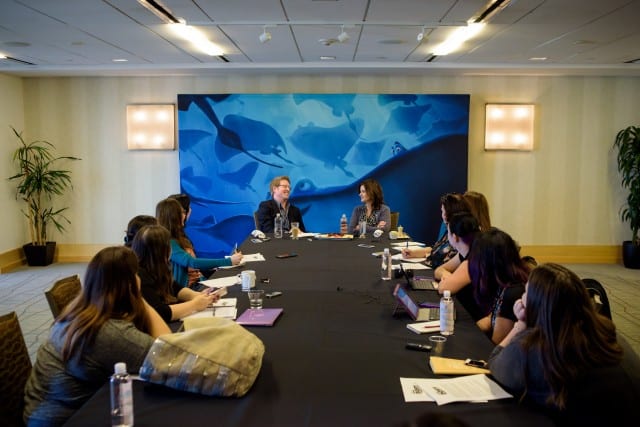 Our interview was round table style and very casual. It was so much fun to have them open up about the good and the bad of making a movie because it helped us recognize how much joy and stress comes in to making a movie. The process is not short or easy at all but it is definitely worth it in the end. Both Andrew Stanton and Lindsey Collins were very kind and open to talk about anything that we wanted to talk about. We laughed a lot and enjoyed learning more about Finding Dory. 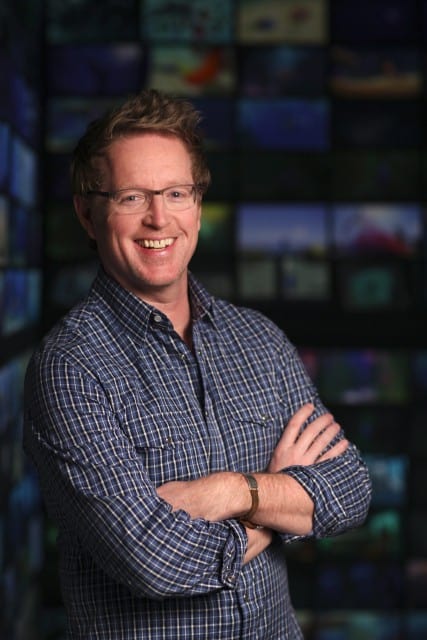 It was such a delight being able to interview Andrew Stanton. I have enjoyed so many of the movies that he has helped create in the past and seeing his love and passion for the story really helps me to love the story more. Andrew Stanton was watching Finding Nemo several years after it was finished and started to really worry about Dory and Dory's story. He wondered if it would be a good idea to make a sequel, talked to a few people and Finding Dory came to life. Andrew Stanton was so excited to talk about making this sequel and his excitement for the movie to come out. It is fun to see how a movie becomes such an important part of their life. Andrew Stanton started working for Pixar in 1990 and has an impressive resume at the studio. He has worked on many of the Pixar greats including A Bug’s Life,Toy Story 2,Monsters, Inc., Finding Nemo., Monsters, Inc.,  Monsters University, Ratatouille, Brave, The Good Dinosaur, and more. 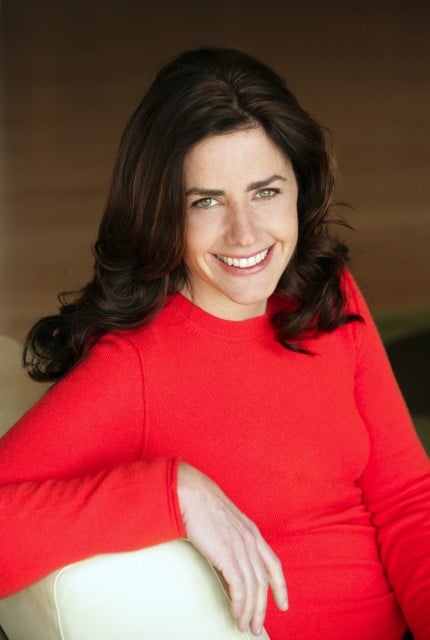 I loved talking to Lindsey Collins. She was so excited to talk all about Finding Dory and you could tell that the movie was her baby. She talked about how hard it is to release a new movie because its like releasing your "baby" and wondering if everyone will like it. She hopes that everyone will be nice when the movie comes out, but seeing the trailer and past Pixar films, i'm sure it will be a great success! Lindsey Collins has worked with Disney Animation Studios and Pixar Studios, working on films like A Bug’s Life,Toy Story 2, Finding Nemo, and Ratatouille. Fun fact about Lindsey Collins is that she was able to voice the character Mia in Pixar’s 2006 release, Cars. 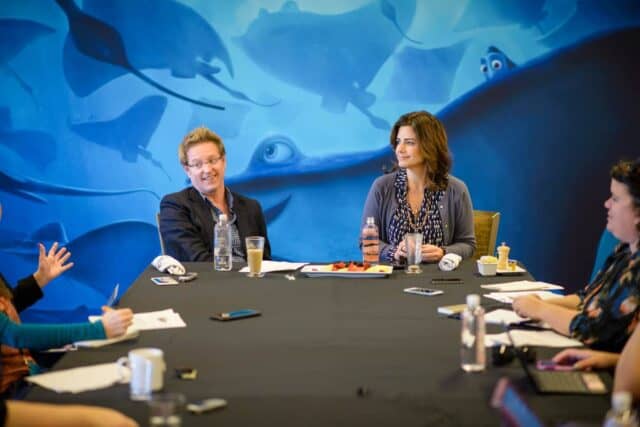 Here are some fun facts from our Finding Dory interview that you might enjoy:

It is apparent that this movie has so much heart in it. I am so excited to learn more about Dory as well as be introduced to more characters that we will grow to love. I think this film will be relatable to all generations because we are all on a personal journey that defines us and makes us different. Check out my post on Dory's Story to learn more about the process of making this movie.

Here is the trailer for your enjoyment: