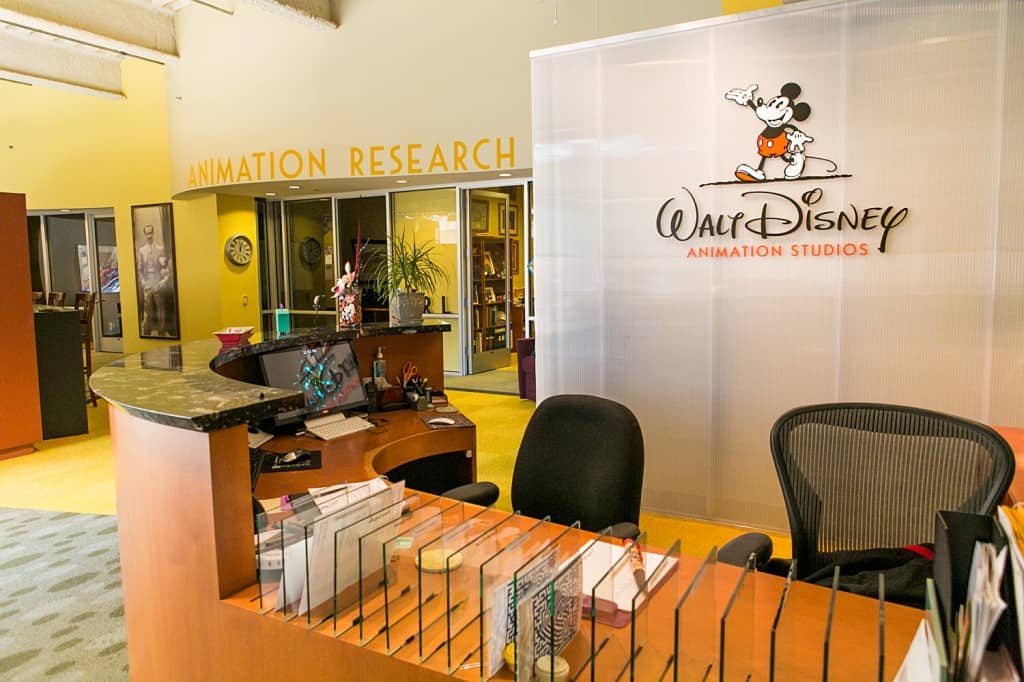 While I was in Los Angeles this past February for our Pirate Fairy event, I had the opportunity to visit the Disney Animation Research Library. Being an artist, this was one of the tours that my husband was most jealous of and I don't blame him because it was a great tour. In the Disney Animation Research Library, they have artwork, story boards, moquettes, backgrounds and more from disney movies dating back as early as Oswald and Steamboat Willy.

We learned on this tour that "artists from the animation studios over the years would go back to the legacy of the animation studio's work so that they could reference that and be inspired by that. Our job here is to celebrate the legacy of Walt Disney Animation by preserving the art as best as possible in the time we're here. Future artists will always be able to access that art, reference it, be inspired by it, and build upon that legacy." 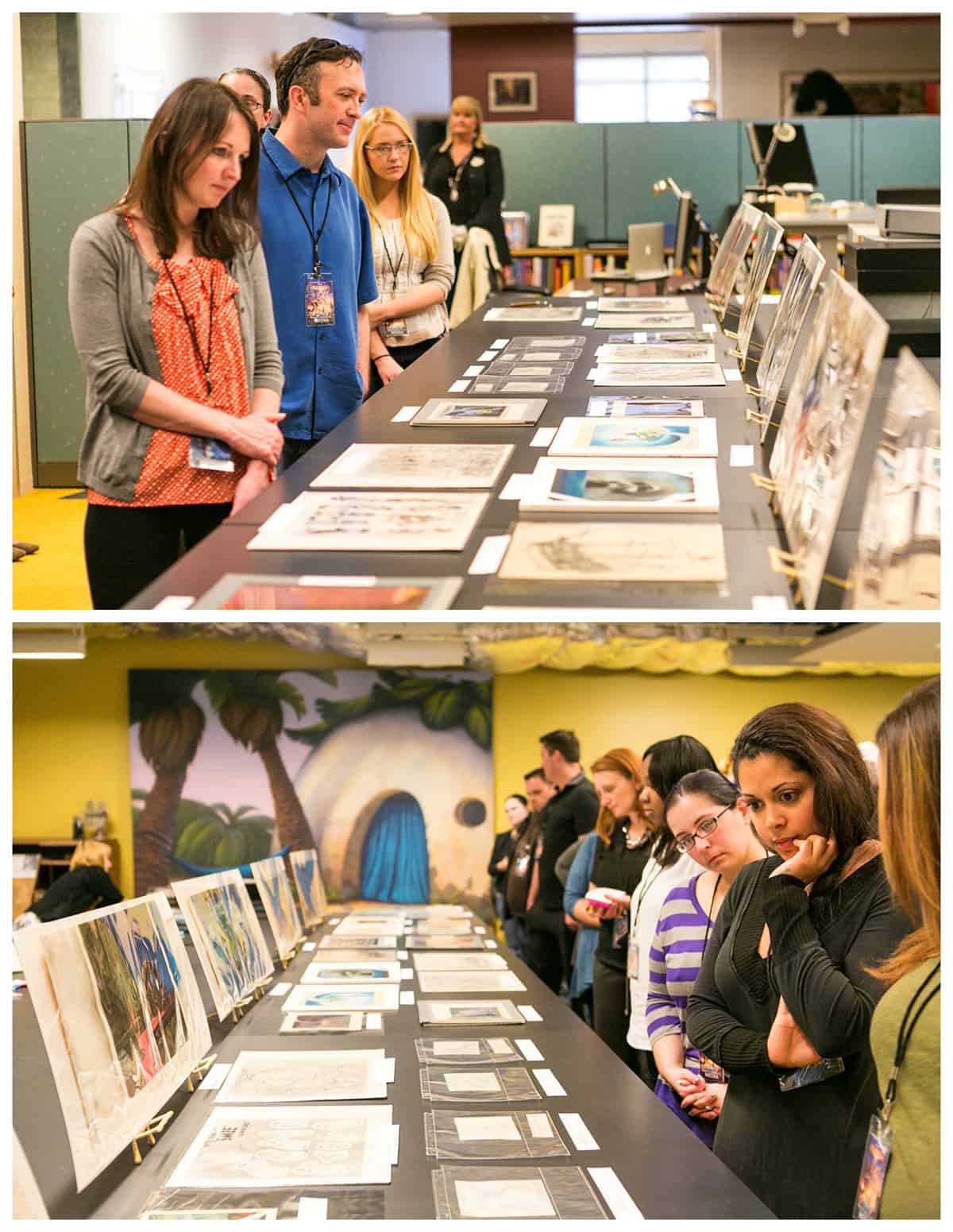 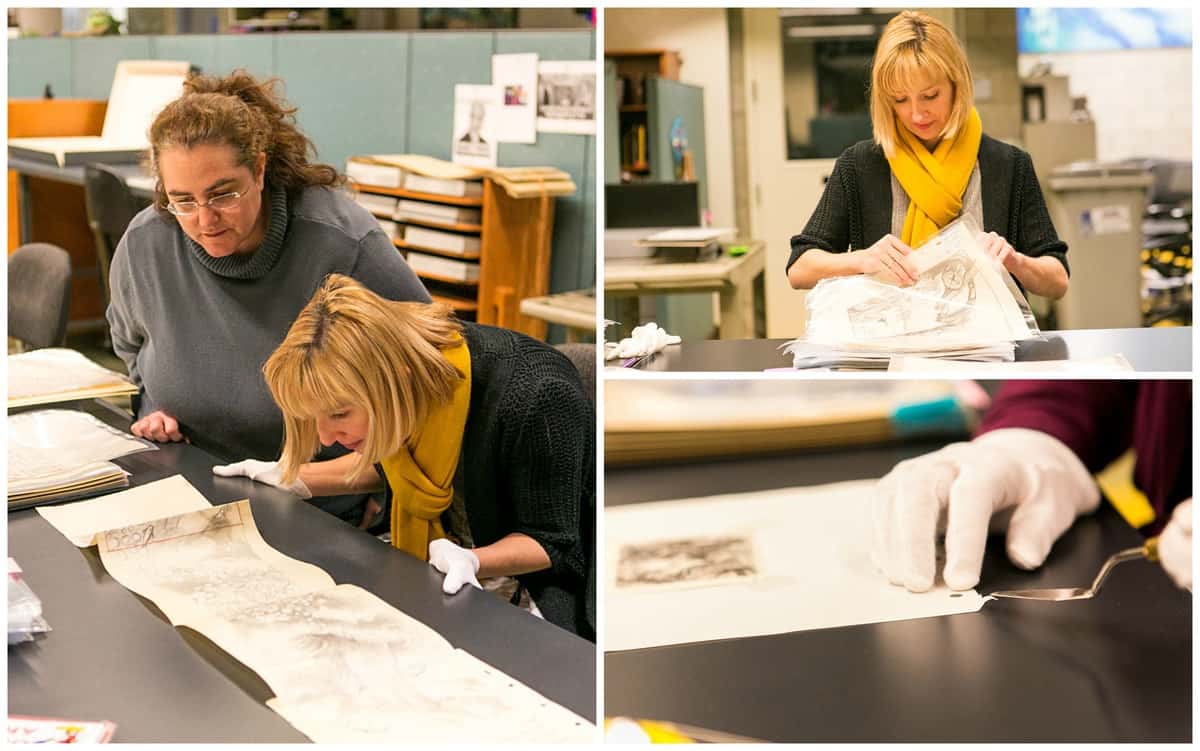 Across the table from us, some of the employees were hard at work handling some of the artwork. It was amazing to watch them because they were so careful in how they handled everything and wanting to preserve even the smallest pieces perfectly. Even if a corner of piece of art breaks off, they put it into a little baggy and save it in hopes of being able to re-attach it. The employees wear gloves to protect the artwork from the oils of their skin and use spatulas to carefully handle the artwork. 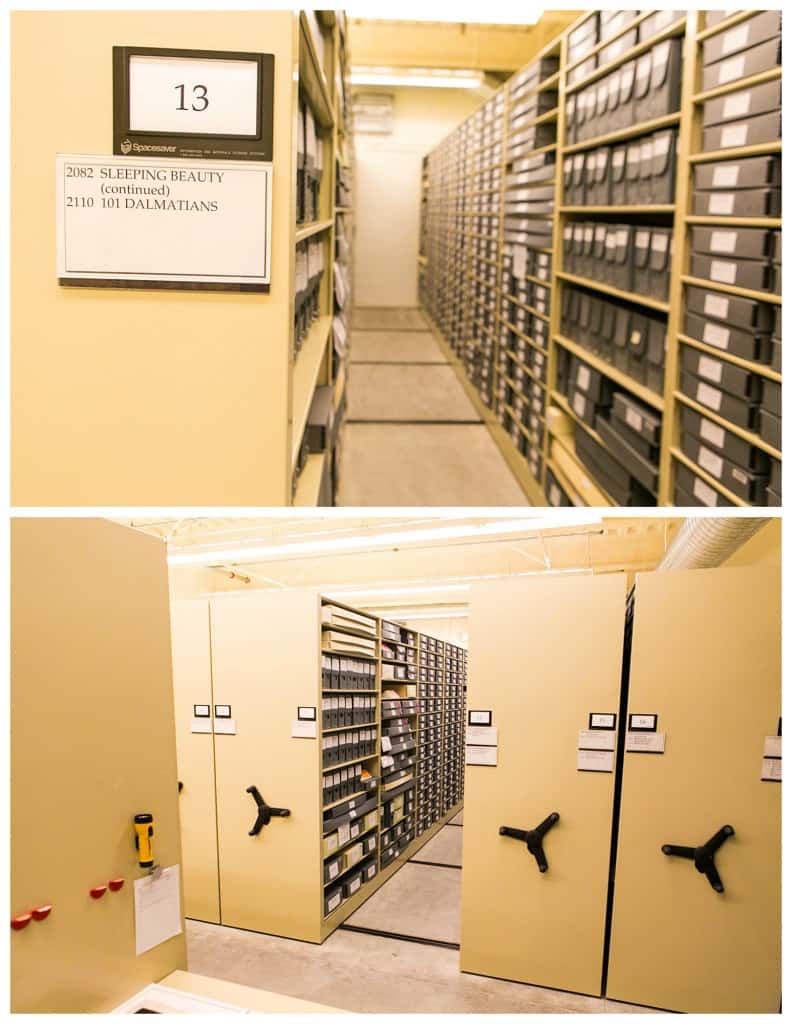 In the Disney Animation Research Library they have 11 vaults that look like those in the photo above. This is where they store all of the artwork from the different movies. They are organized my movie and are in chronological order so they can easily find what they are looking for. We had the chance to look in a few of these vaults and see clean up animation, rough animation, story sketches and more from different movies. 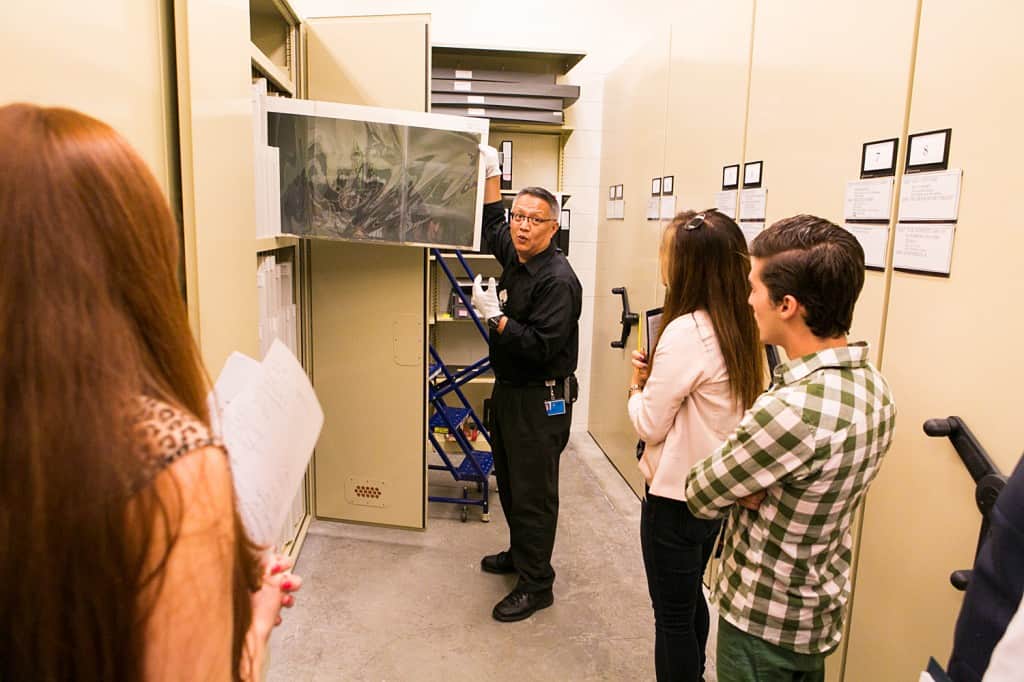 It felt so special being in these vaults and seeing these classic works of art that are many years old. It truly was an amazing experience. I was amazed out how organized the vaults were. They mentioned that in the beginning the artwork was in paper boxes with rubber bands around them  but they knew that they wanted everything in a nice holder and neatly organized. 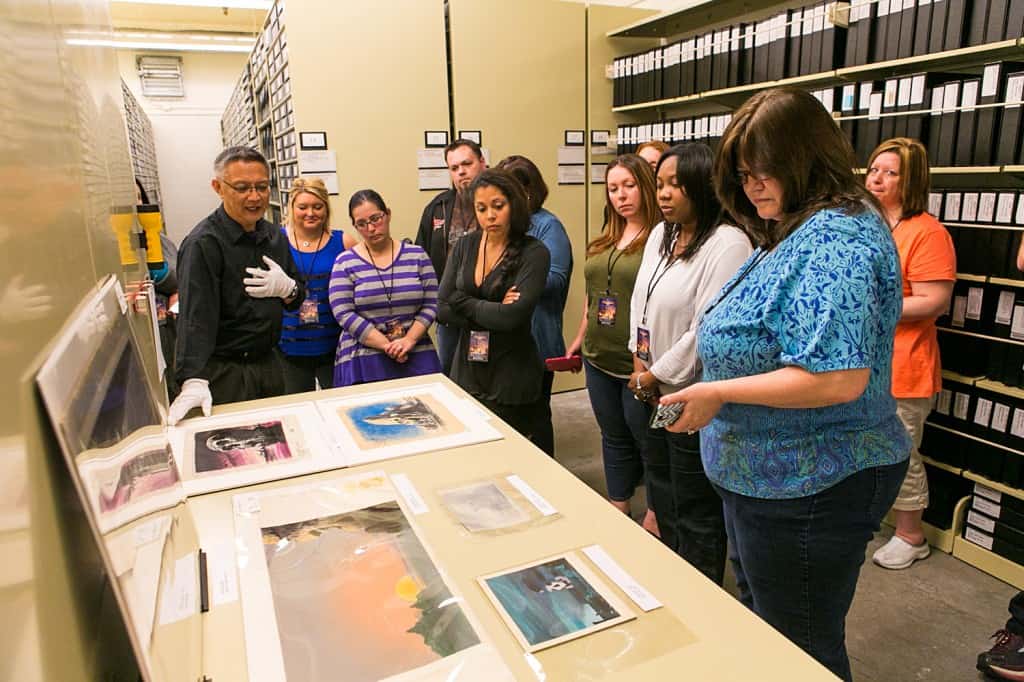 Here are some neat pieces of work from the Peter Pan collection: 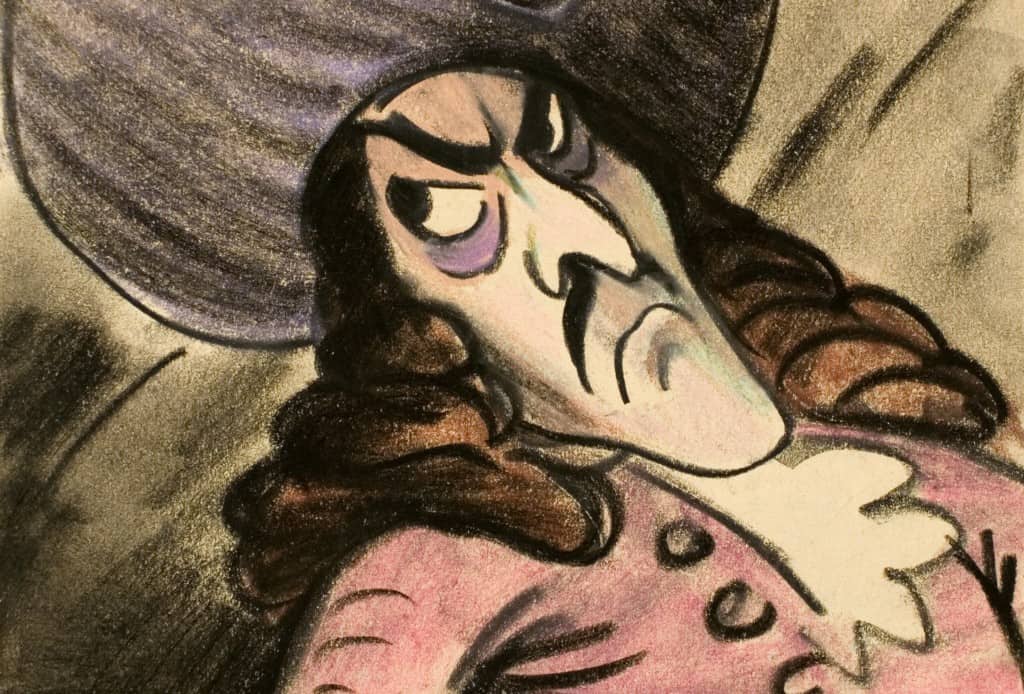 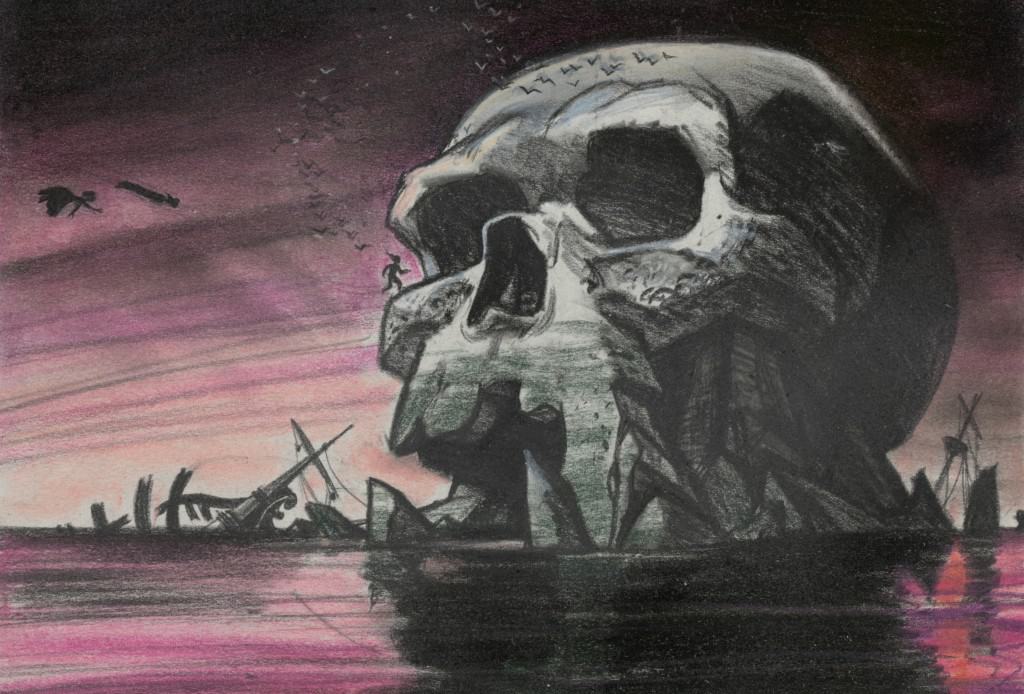 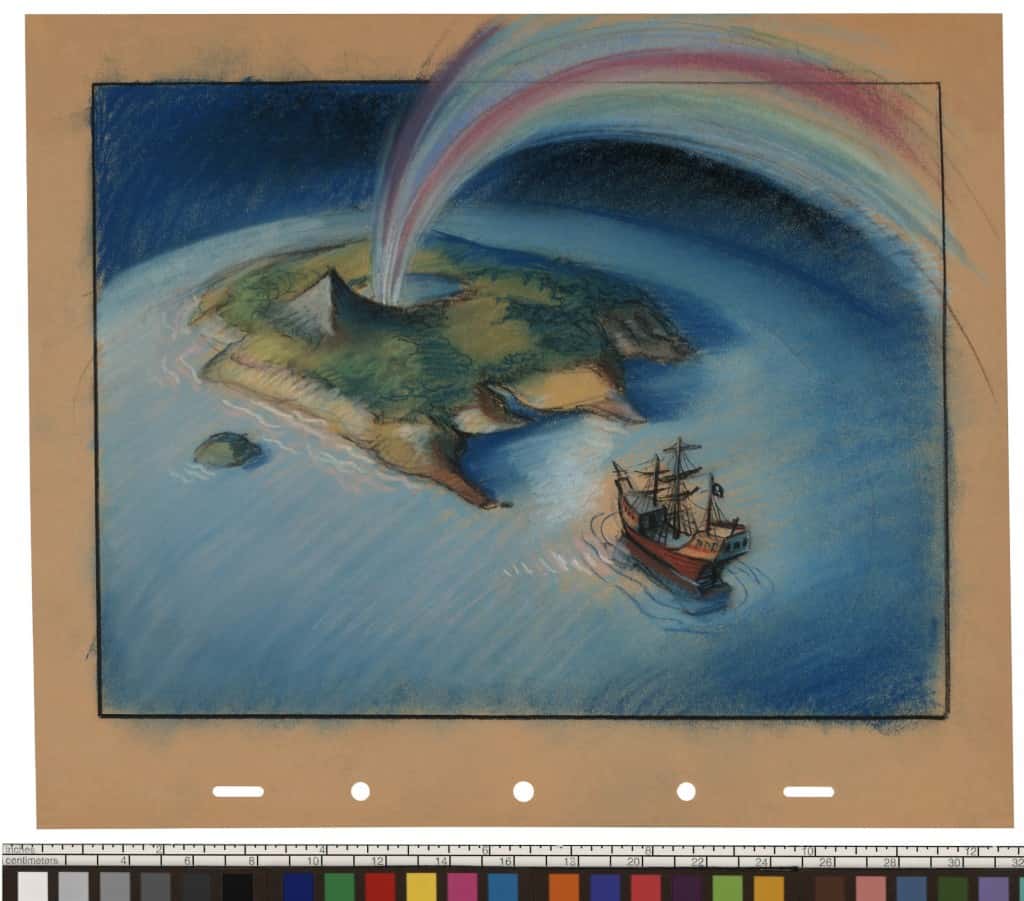 On our tour we also had the opportunity to learn about how they capture images to be digitized with their amazing high mega pixel cameras as well as watched an adorable Tinkerbell image sequence that was hand drawn and scanned into the computer. It is amazing at how much goes into the process of preserving these images so that employees for years to come with have these great resources.

Here are some neat facts about the Disney Animation Research Library

The collection dates back from the 1920s to present day.

They estimate to have about 65 million pieces of animation artwork in this collection.

Library is only open to Disney employees.

Vaults are kept at 59 degrees to preserve the artwork.

They still to this day buy back artwork.

In quality control, they have captured 850,800 images.

Thank you to the Disney Animation Research Library team (featured below) for our tour! 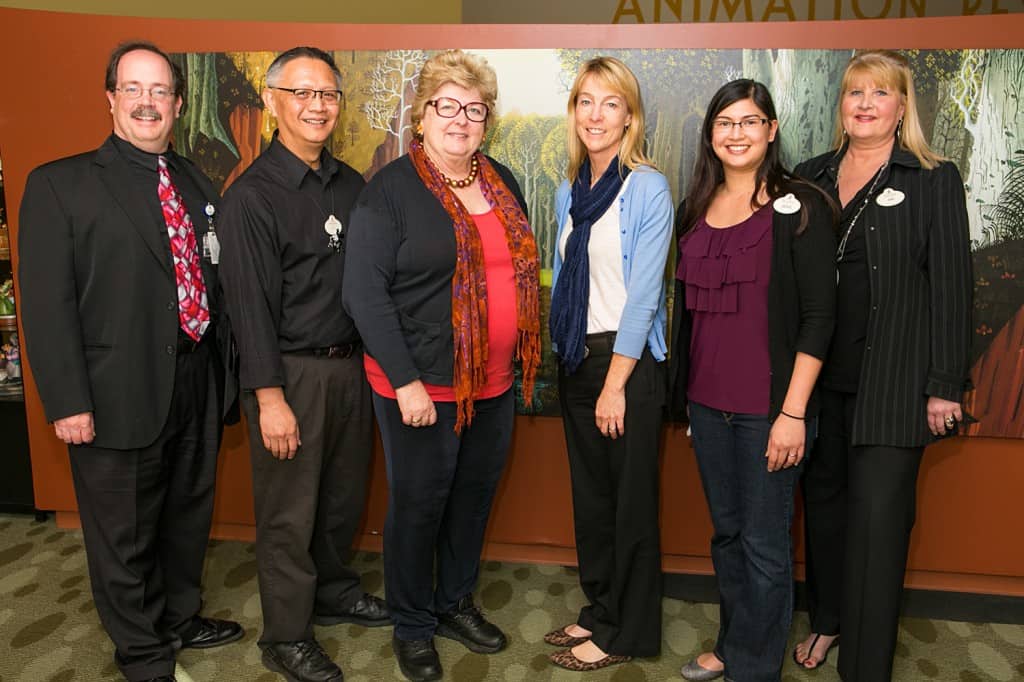 All Photos provided to me by Disney. I received an all expense paid trip to Los Angeles for the Disney Press event. All opinions are my own.