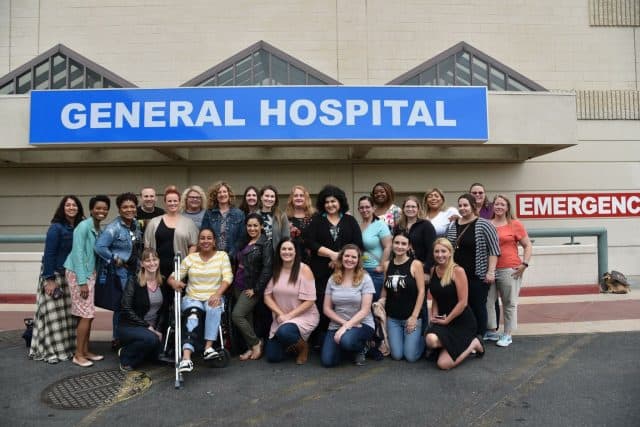 Have you ever wondered what it is like On the General Hospital Set? If you are a fan of General Hospital, then you'll know that the set changes often. General Hospital is celebrating 55 years, which means that it has aired more than 14,000 episodes! In fact the 14,000th episode aired on February 23rd of this year. It is truly incredible how they can learn the script and film for so many episodes in one week. They say that there are some episodes where they have to wrap start to finish in just three days. That would make me incredibly nervous. In fact, we interviewed Joshua Swickard (“Detective Harrison Chase” on ABC’s “General Hospital”) and he mentioned how nervous he was when he had just started at General Hospital but the longer he is there, they easier it gets. We were on set of General Hospital when most people were on break but we did run into Alexis Davis who was so kind to take a moment to talk to us. They have time to practice blocking out their shot on set, then they go into hair and make up before they finalize the shot behind the camera. 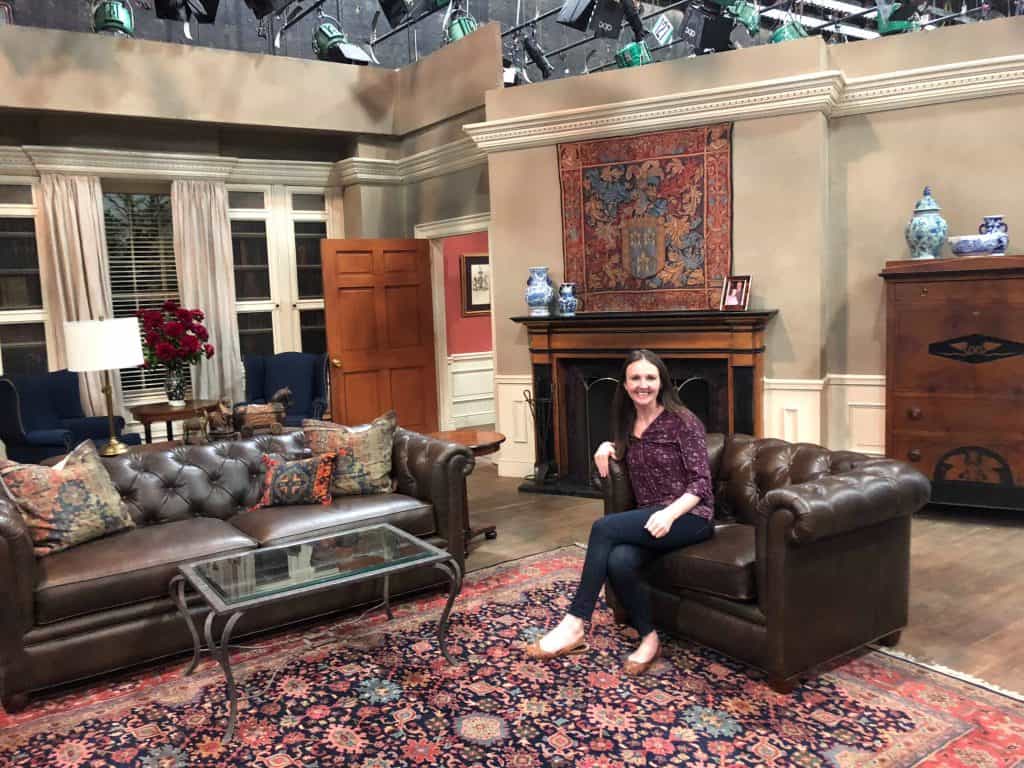 We had a quick tour of the set and then we had the opportunity to walk around the set to get some pictures. One of my favorite parts of being on set is that the rooms look perfectly normal until you look up and see no ceiling and hundreds of lights above them. You will be able to see that it many of the pictures. If you are familiar with General Hospital, I am sure that you will recognize many of the rooms. While on set, you would fight scripts left behind or other show spoilers that I don't want to share. We will keep this post spoiler free. 🙂 Here are some pictures of the current rooms on the General Hospital set. 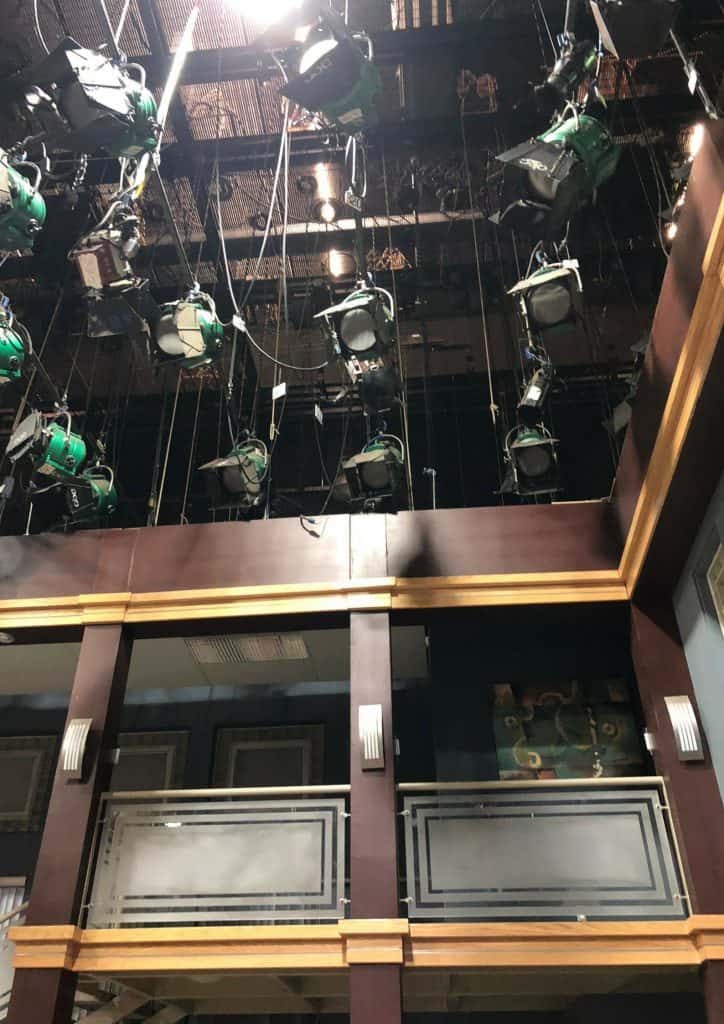 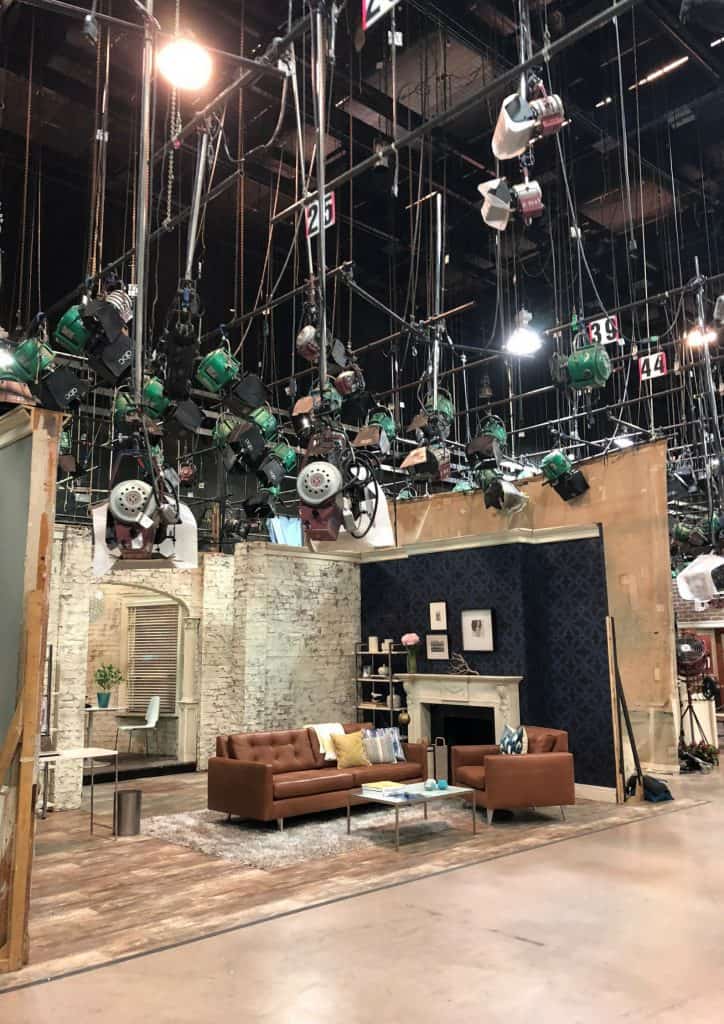 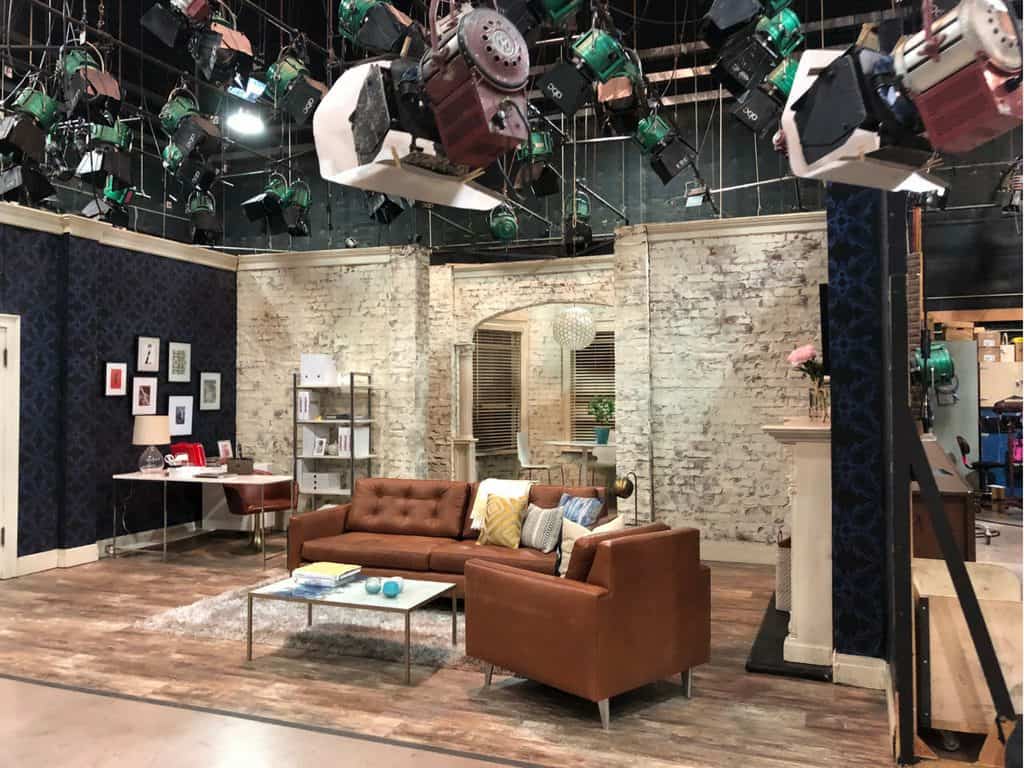 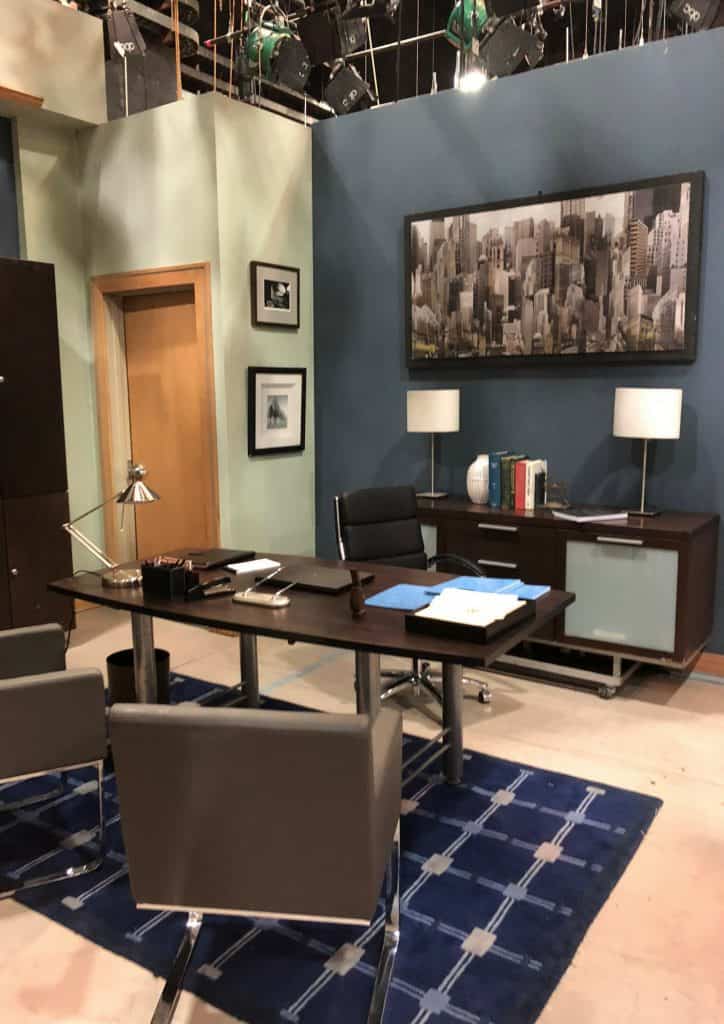 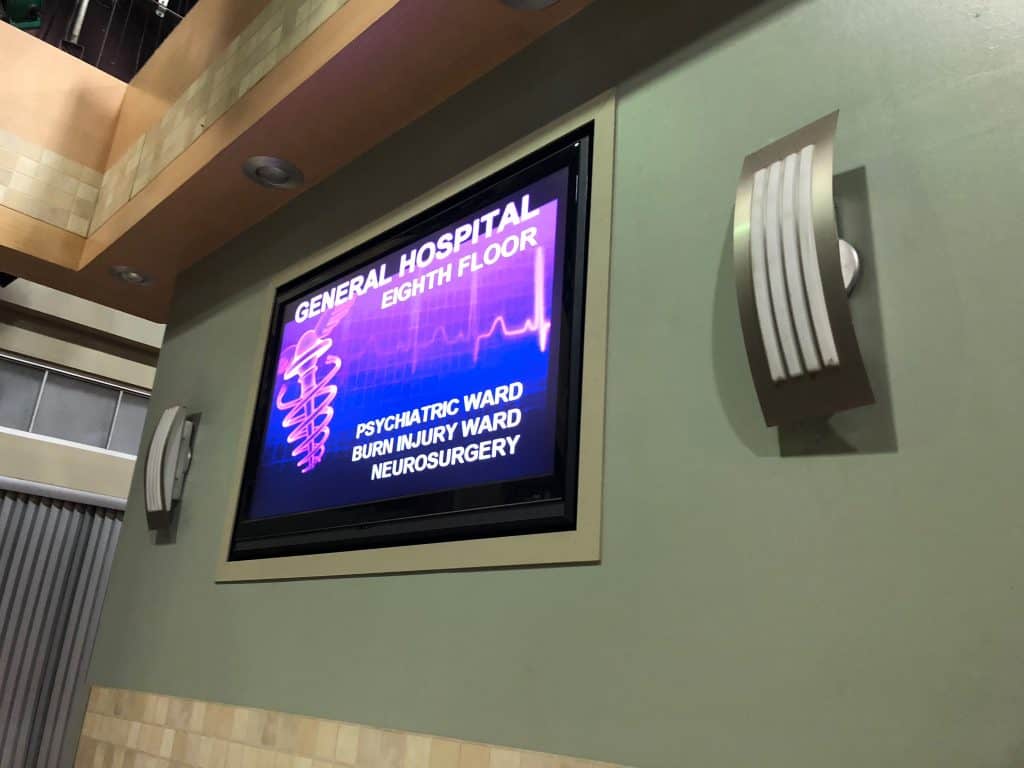 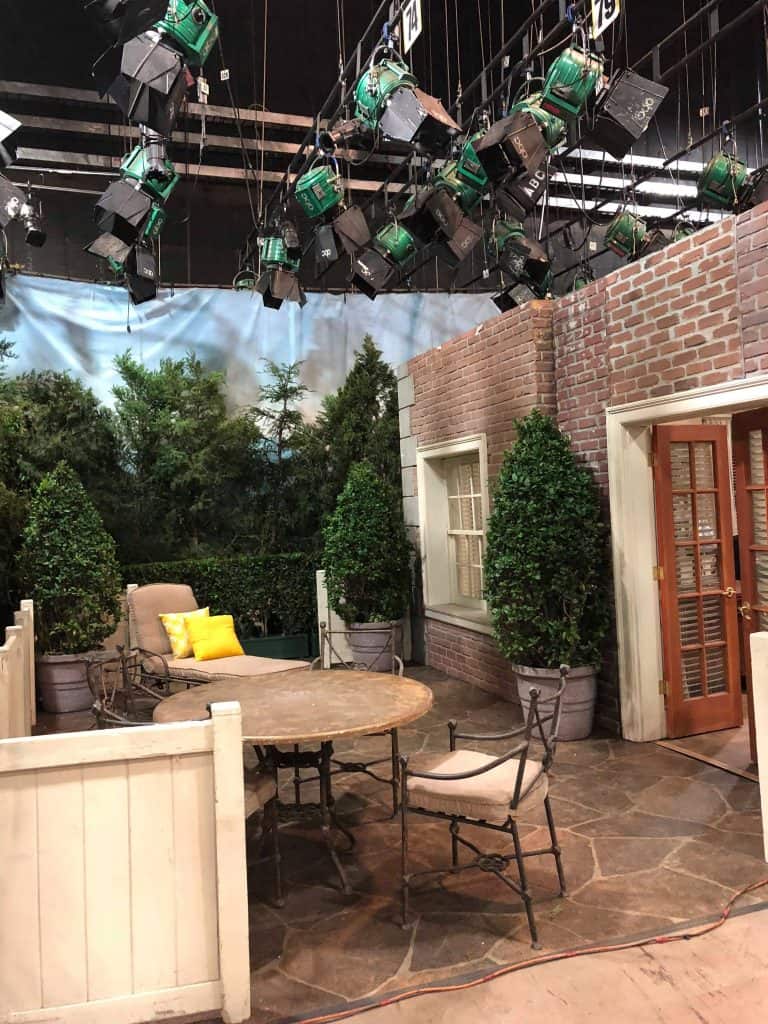 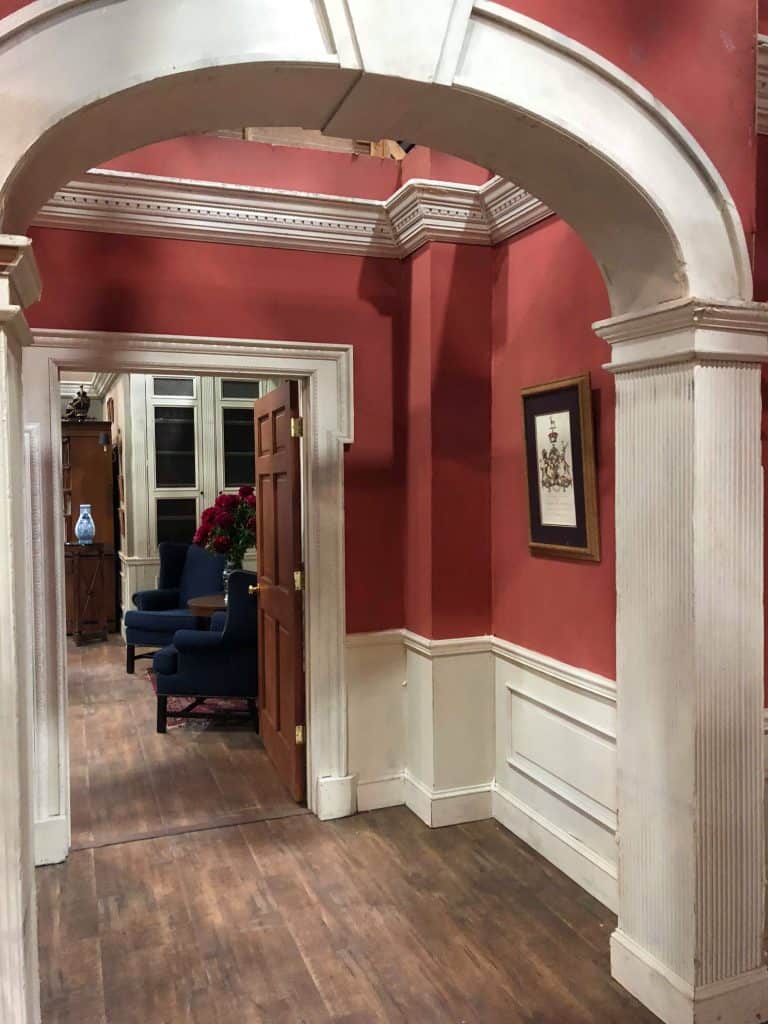 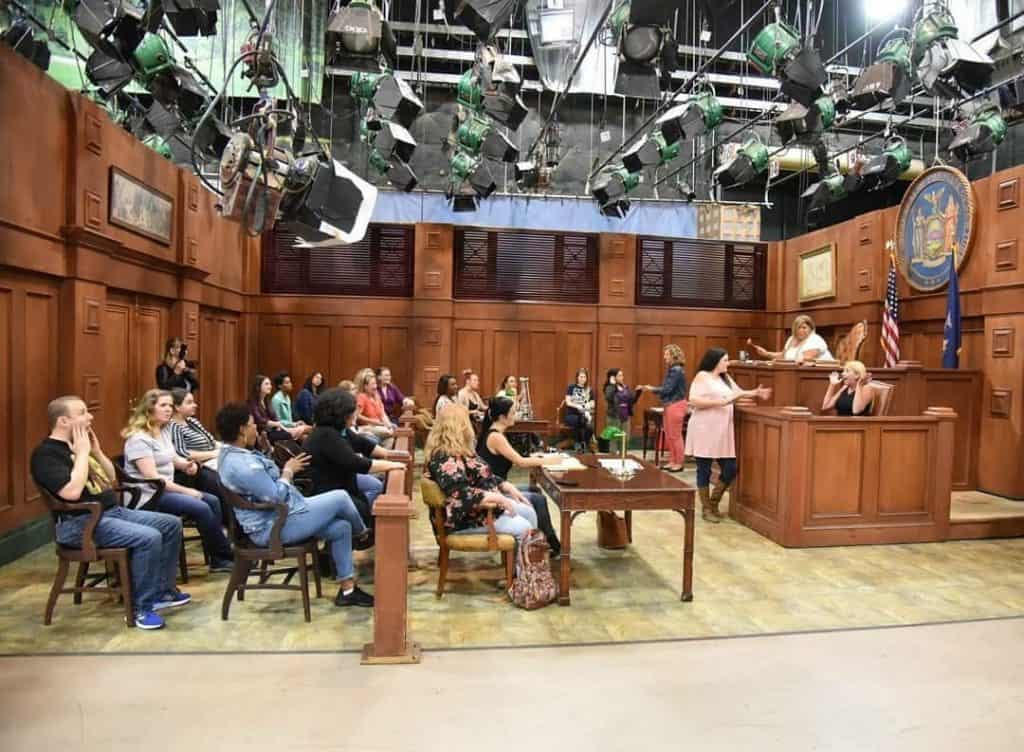 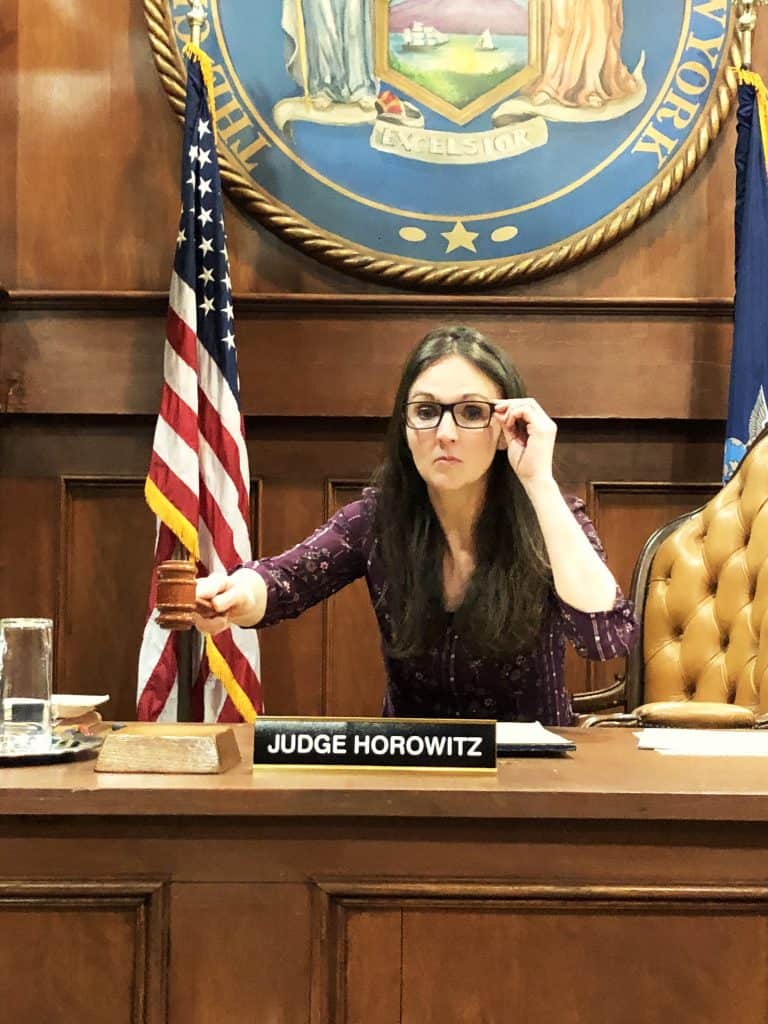 The Court room was a really fun and perfect place for a group photo of all 25 of us on the tour. It was fun that we were able to get us all in the shot and act as if we were on the show. Do you recognize this court room from the show? We had time to take our individual photos as well as and each took turns being Judge Horowitz. I definitely nailed my in action shot. I could pass off as a Judge, right? I think that General Hospital definitely should hire me for the role! 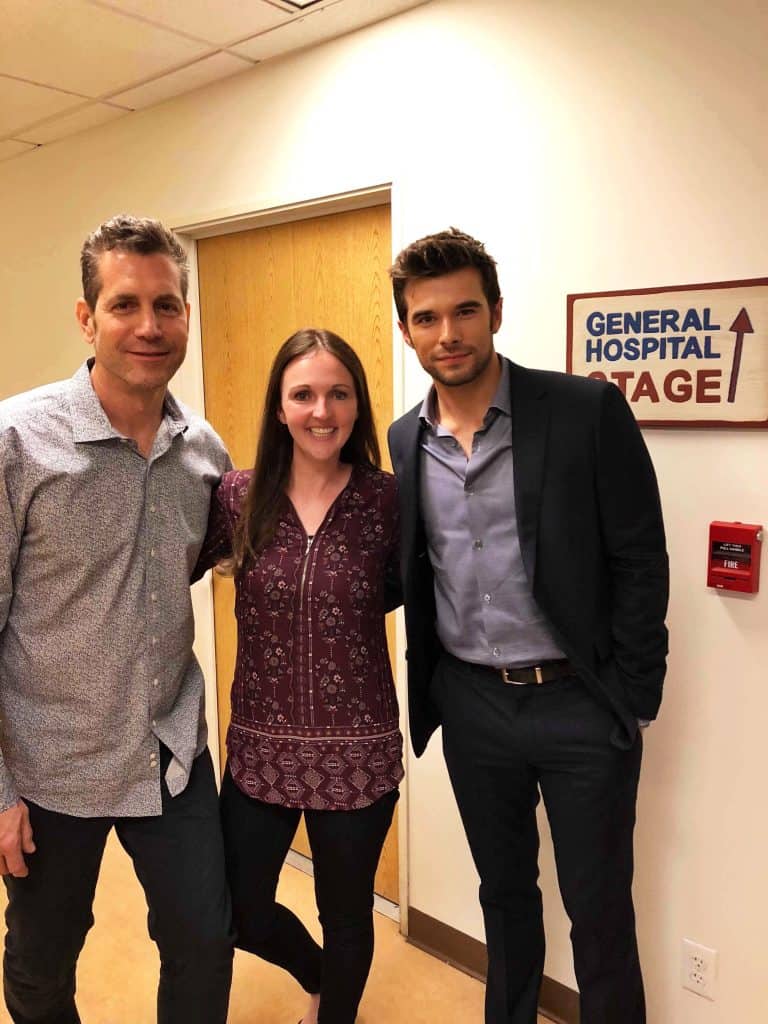 After touring the General Hospital set, we had the opportunity to visit with Executive Producer Frank Valentini, and Joshua Swickard, who plays “Detective Harrison Chase” on ABC’s “General Hospital. ” We also got a sneak peek at Josh’s top-secret performance. You are going to love it! We talked a lot about the upcoming Nurses’ Ball episodes. If you are a fan of General Hospital you will remember these episodes because they are always a lot of fun, often have singing and dancing and bring public awareness of important health and social issues like HIV/AIDS. One thing I love is that they aren't only bring awareness, but they use this opportunity to also raise money to help the cause. Make sure and “Tune in” to General Hospital Weekdays on ABC (check your local listings) or streaming or on the app and follow along with all things General Hospital   on Facebook, Instagram and Twitter. To learn more about our ABC TV Event and set visit to General Hospital follow the hashtag #GH55.