I am so excited to share with you the behind the scenes look at recording a voice of a movie in the recording studio. When I first had the opportunity to go into the recording studio, I was so nervous but it actually is a lot of fun. It is especially fun to hear your voice on the voice of a character. In our Disney's ZOOTOPIA Voice recording session with Fru Fru, you can hear that it is your voice but it is pitched to a higher toner to match her character. This was one of my favorite parts of our trip and I am excited to tell you all about my experience. 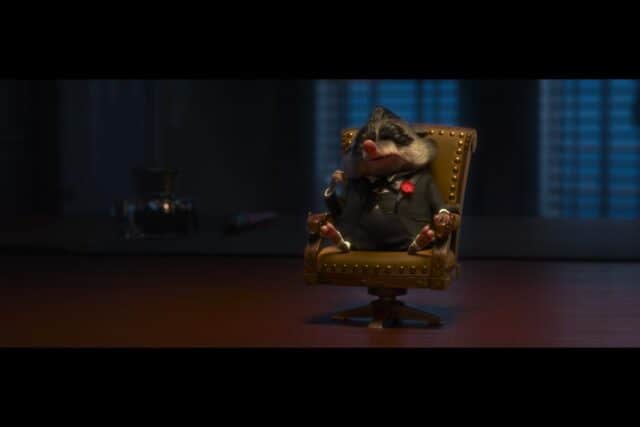 The scene that we recorded in the studio was when Nick and Judy are talking to Mr. Big and his daughter Fru Fru comes into the scene. In this scene, I voiced Fru Fru talking to her father. Often when voice talent is in the recording studio, they are not there without another actor. Often they voice themselves and then combine the voices while editing. The director is in the room telling them about their vision and the actors voice the lines as well as improving lines. They take many takes while in the recording studio so they can find the perfect one for the movie. 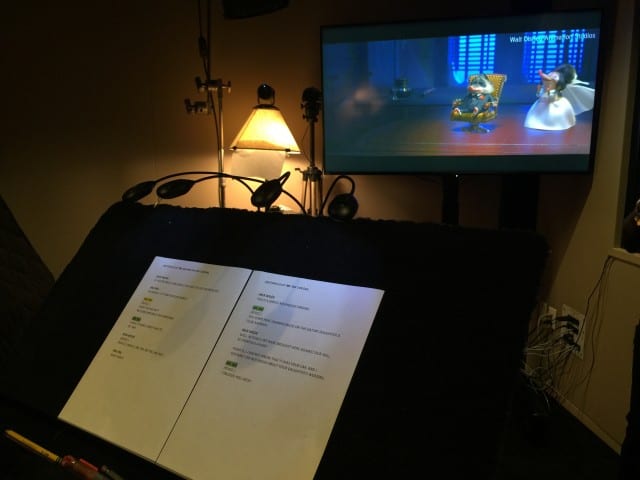 When I first got into the recording studio, I was given a set up headphones so I could hear the lines that I would be recording. I also received the script so I could read along with the part and have the lines accessible when it was time to read. In front of me, was a television screen that showed the scene playing as we recorded. Personally, it is hard enough getting your lines right with all of this help that they give you. I couldn't imagine improvising as I went. Voice actors really are so talented, because it is not easy! 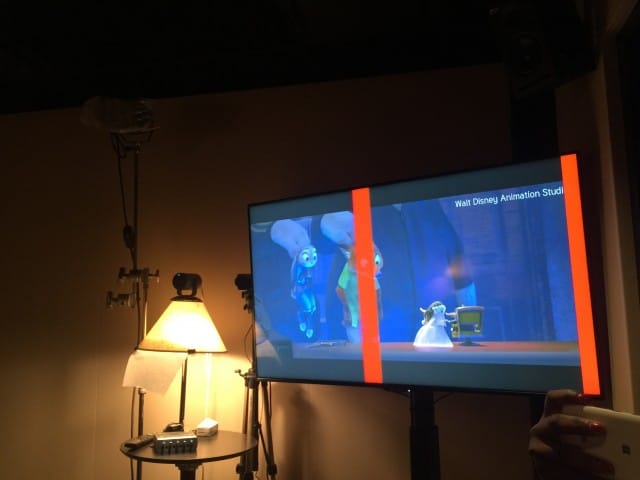 To help us know when to say our line, the scene we watched on the television had red lines like shown in the picture. The line would move across the screen and when it reached the bar on the right side, it was time to speak our line. We took a few takes to make sure our voice lined up with the character and that we were talking the same speed as the character. Luckily, they can do a few tricks while editing to help line up our speaking. 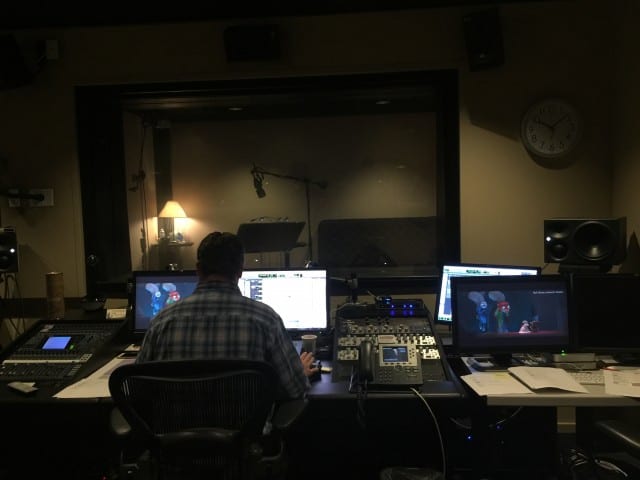 While in the recording studio, you will have a Dialogue Mixer who is recording the session. He has a fancy set up with his computer and lots of cool buttons that I wish I really understood all that he did. He is able to set it up that the voice you are recording instantly sounds higher pitched liked Fru Fru. Our recording session was with Disney's Dialogue Mixer Paul McGrath and he was able to talk with us and gives us tips to make our session go as smoothly as possible. We each took between 1-3 takes and he helped us to make sure that we were lining up with the dialogue. 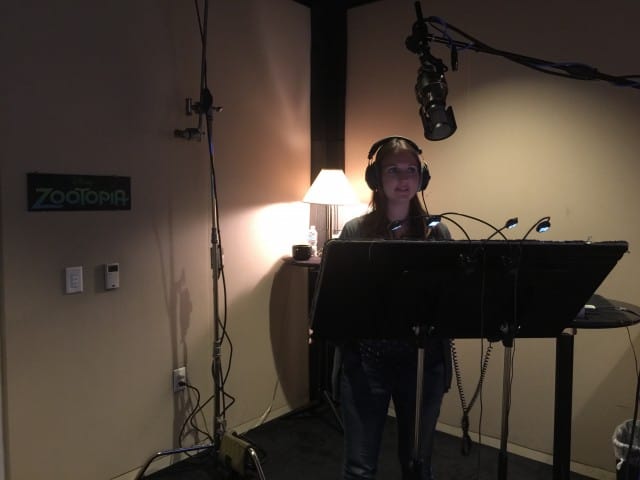 I have had the opportunity now to voice record for Baymax, Olaf and Fru Fru. This is always one of my favorite parts about a disney trip because I get to personally experience what a voice actor experiences in making a movie. It really helps me appreciate their job and how difficult it is to get it right! It is always really fun to see the final product, though and hear your voice in a scene with a character. Who knows-- maybe I need to change my career path! 🙂  What do you think? Here I am as Fru Fru from Disney's Zootopia. 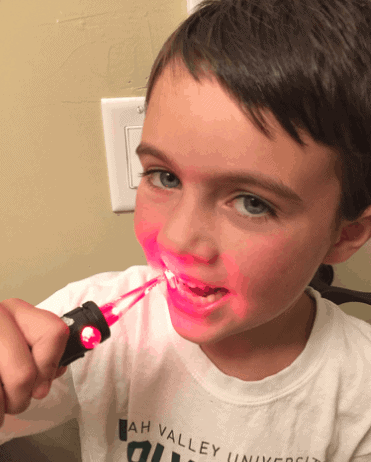 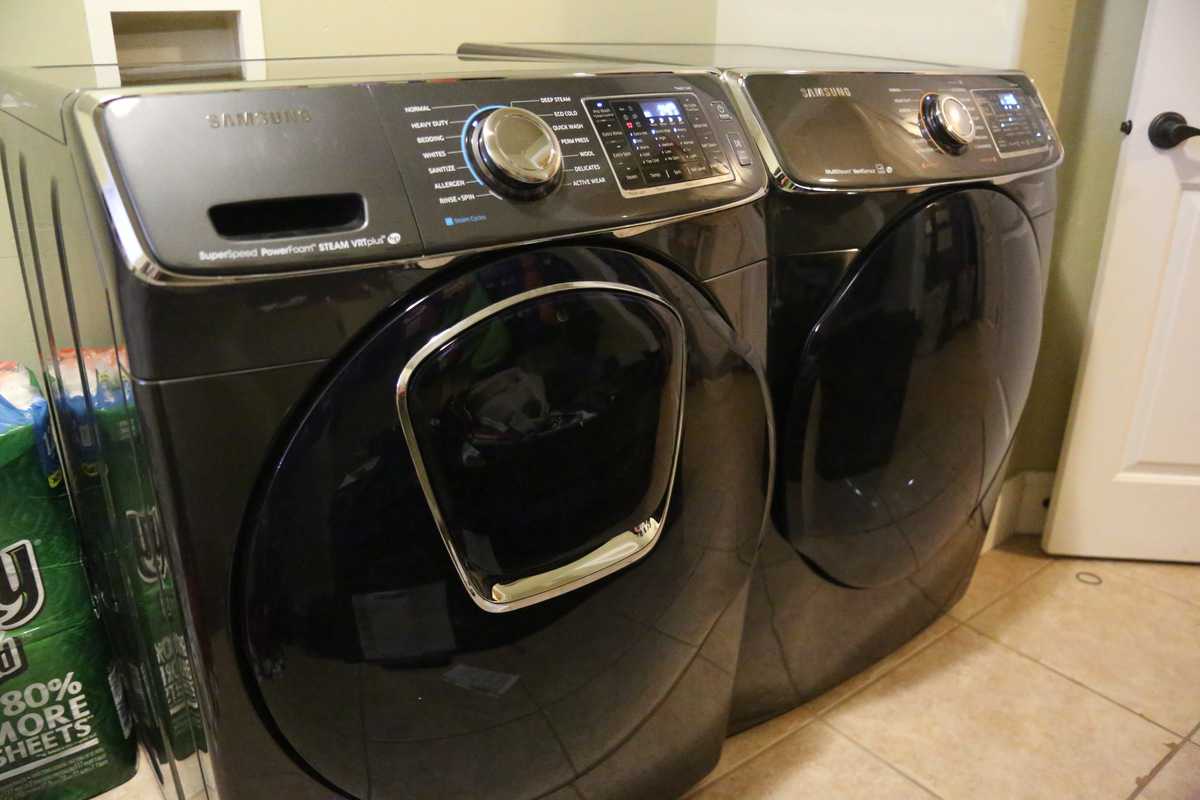