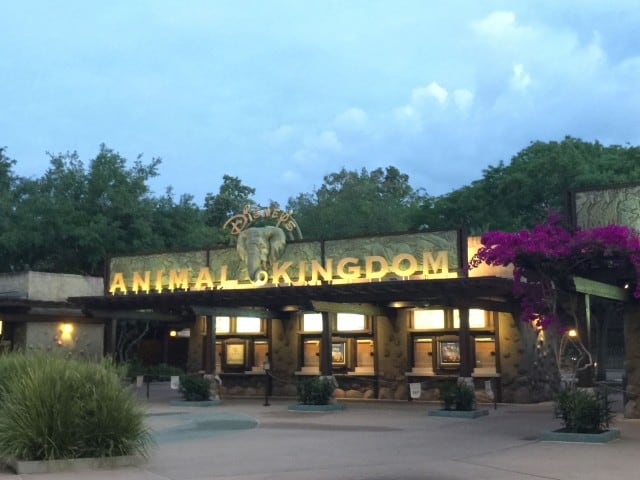 This last week, while at the Monkey Kingdom Event, I had the opportunity to go on the Disney's Animal Kingdom Backstage Tales Tour. I had not previously heard of this tour and was excited to see what goes on behind the scenes. Sometimes it is easy to forget that behind the magical walls of Disney, an actual world exists! And not just a regular world, but acres of disney property used for taking care of the animals!

When you first get to your tour, you will get your audio device so you can hear the guide through the tour. You will also get a name badge, fill out a wavier and meet your tour guide. Your tour guide will spend a few minutes telling you about the park and what to expect on the tour. This tour started bright and early so we were able to get into the park a few minutes before it opened. This was so nice because we didn't have to worry about security lines, took photos without crowds and enjoyed some quiet time with out a mass of people. 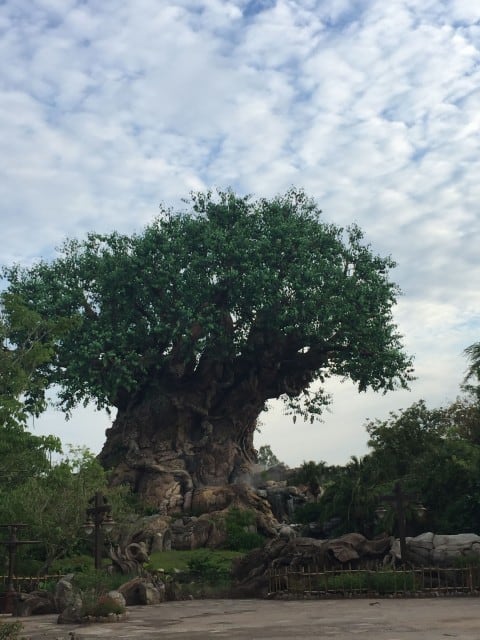 It was actually really funny, because we were taking photos of the tree of life when the park opened, and suddenly crowds up people literally come running by us, rushing to get to their rides! You will have a few minutes to take photos while you walk through the park, but once you go backstage, you can't take photos. I really like that they do this, because this keeps the tour special for each person that goes on it. 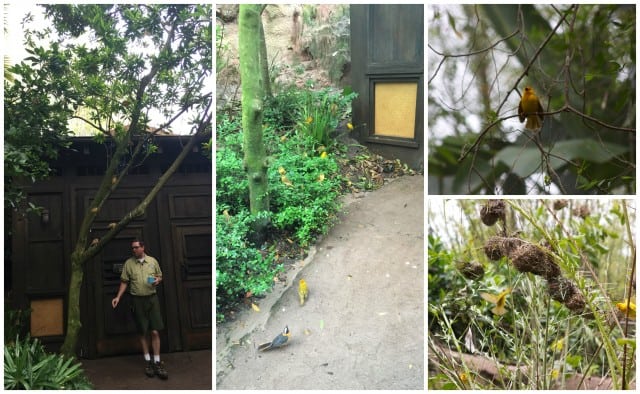 While on this tour, you will take a quick stop at the aviary where if you choose, you will have the opportunity to feed the birds. This was really fun because the birds go crazy for the food! 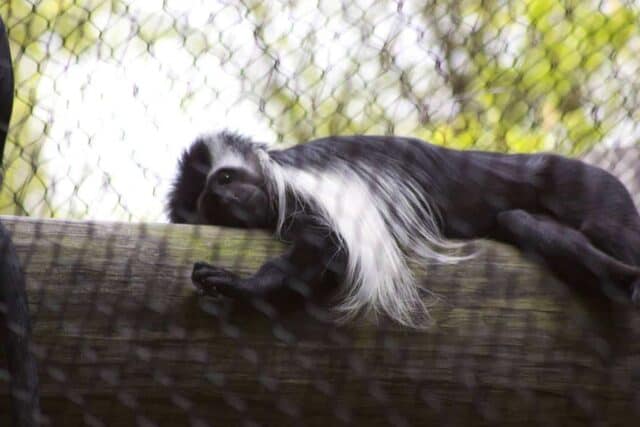 We also had the chance to see a Monkey Friend just hangin' around. Which is perfectly fitting for the Monkey Kingdom Event! 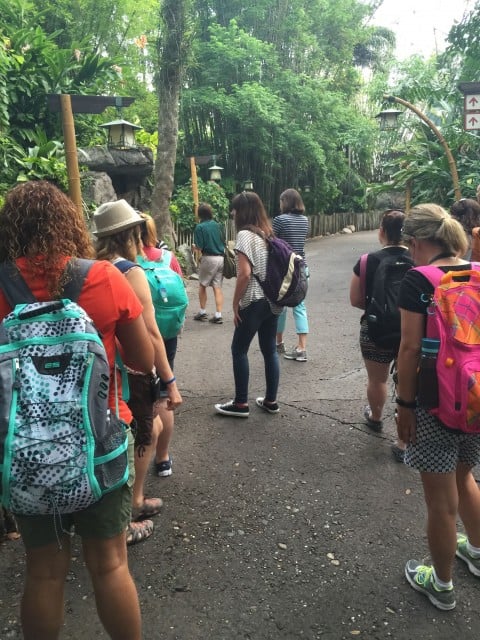 You will learns so much backstage on the Disney's Animal Kingdom Backstage Tales Tour. It was really fun to have the opportunity to see where animals spend the night, learn their eating habits and lifestyles and see some animals up close. While on our tour, we were able to see a Black Rhino up close, see the vet center, visit the elephant habitat, see the training of a Komodo dragon, learn about the flight pattern of cranes, and have a Rice Crispy and water break! 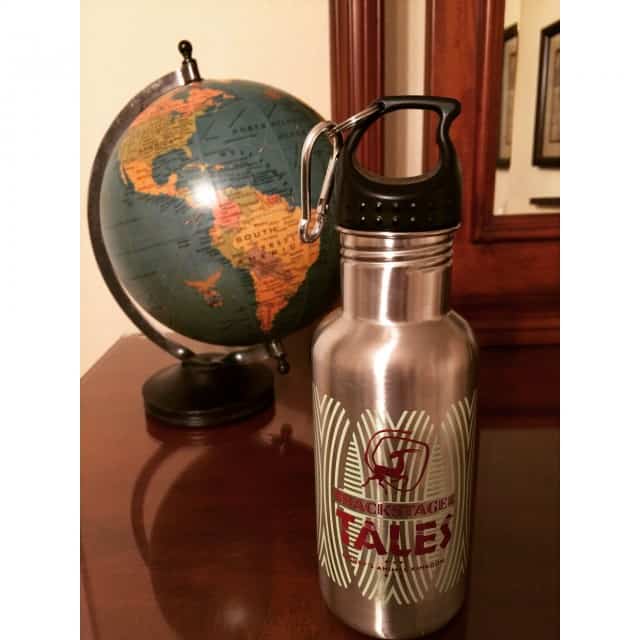 For attending this tour, you also receive a beautiful water bottle which makes such a great keepsake! This tour is available for anyone visiting. For more information visit: Animal Kingdom Backstage Tales. 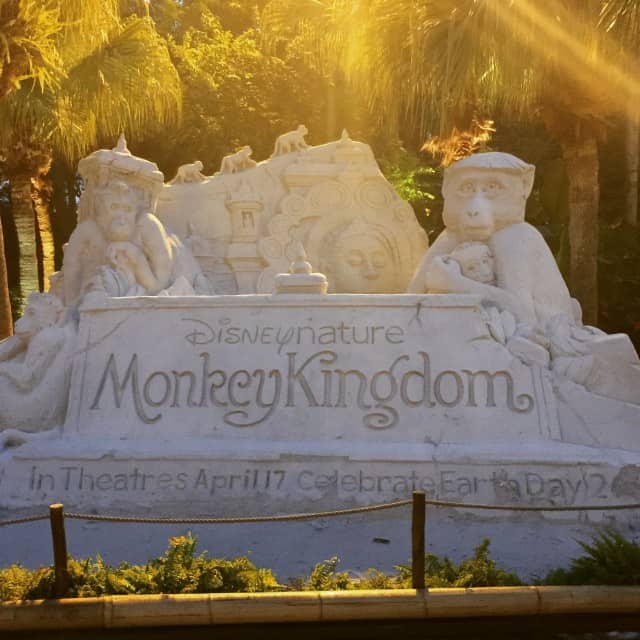 While at Animal Kingdom, you will find this amazing Sand Sculpture out front of the main entrance! The details were amazing. I couldn't imagine being able to sculpt that out of sand! Disneynature Monkey Kingdom is in theaters now! We had the opportunity to see it while on our trip and it is truly a wonderful movie. Possibly my favorite Disneynature to date. Although, they are all amazing.

See MONKEY KINGDOM **today**  and Disneynature will make a donation in your honor to Conservation International to help protect monkeys and other endangered species in their natural habitats. Learn more at http://nature.disney.com/monkey-kingdom.