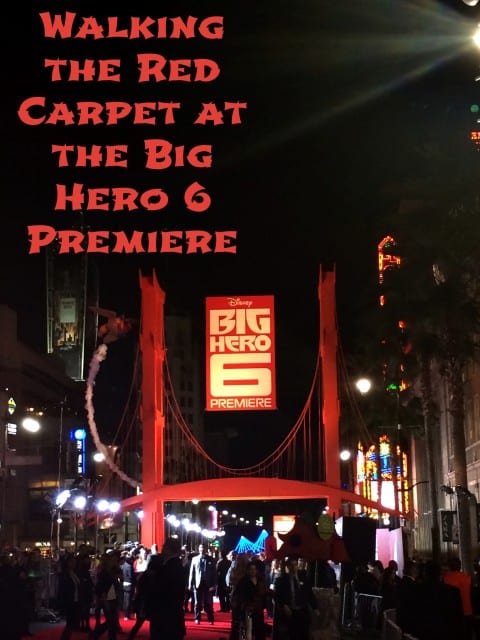 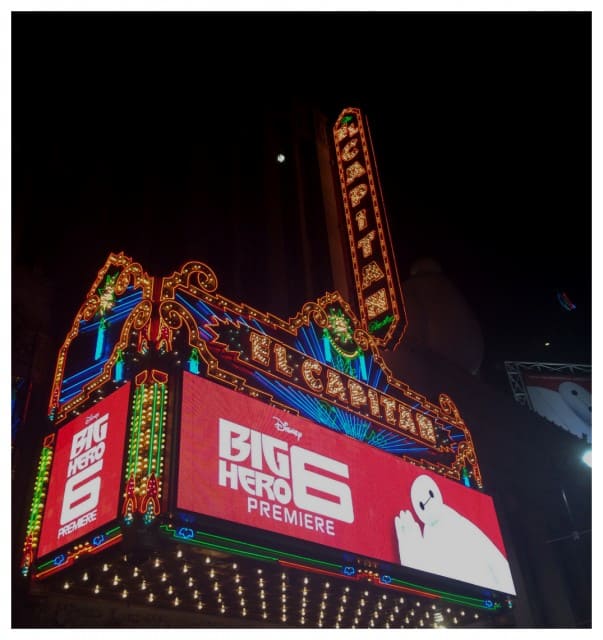 The Big Hero 6 Red Carpet Premiere was at the El Capital Theater in Hollywood, California. If you haven't had a chance to watch a movie at the El Capitan it is a fantastic experience. The theater is stunning on the outside and on the inside. I love visiting old theaters and the El Capitan is one of my favorites. "This grand theatre made its debut on May 3, 1926, as "Hollywood's First Home of Spoken Drama." and has been fully restored to its original elegance, boasting a Spanish Colonial exterior and a colorful and lavish East Indian interior." 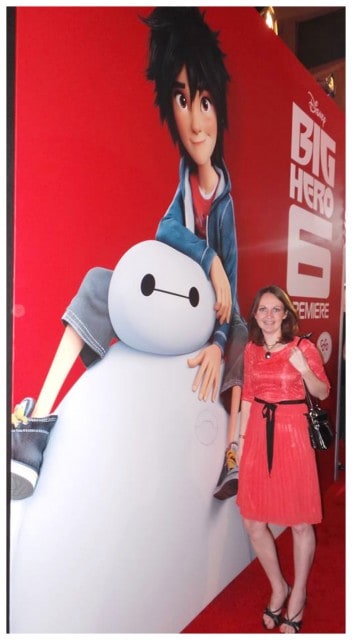 I had such a great time walking the red carpet as well as looking for "stars". 🙂  I saw a few that I recognized which is always very exciting. We were given plenty of time on the red carpet to take pictures and take the whole experience in. 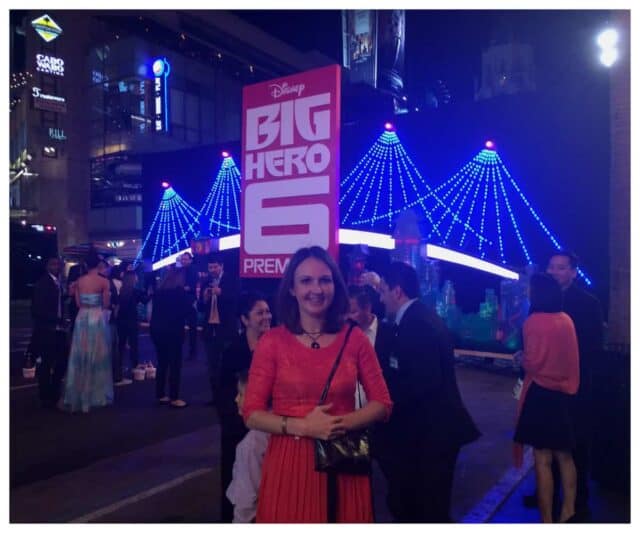 There is a lot of excited energy going into a Red Carpet Premiere. Probably because you feel very special walking down a red carpet and the fact that you are about to see a really fun movie. We were very lucky that the weather was very beautiful and everything was perfect. 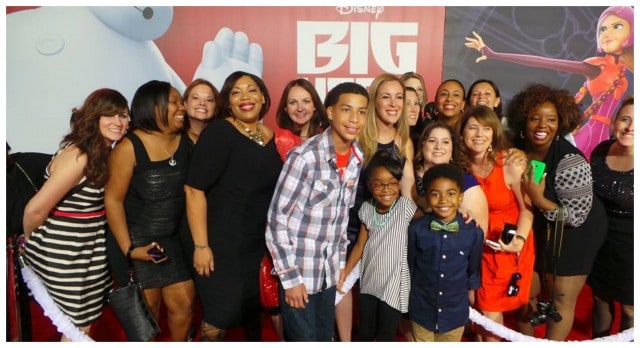 We even saw our cute from from the show Black-ish (WEDNESDAYS 9:30|8:30c). They were so cute and so excited to see us. Every time one of the bloggers saw them at the premiere they would smile and way really big. 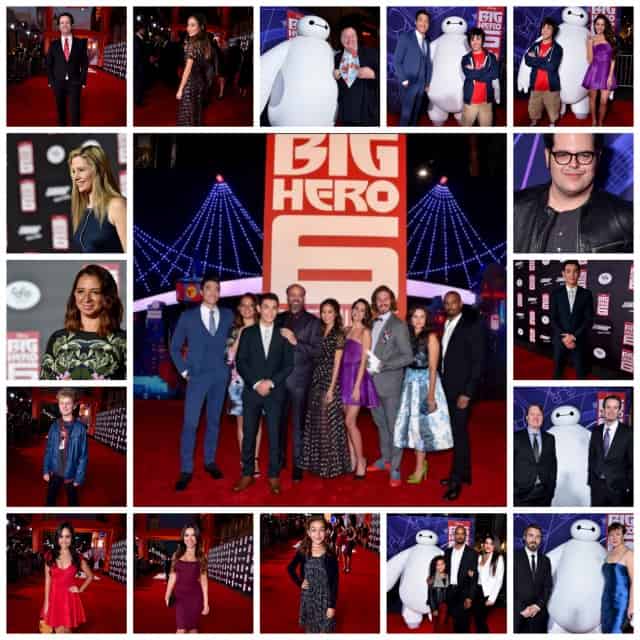 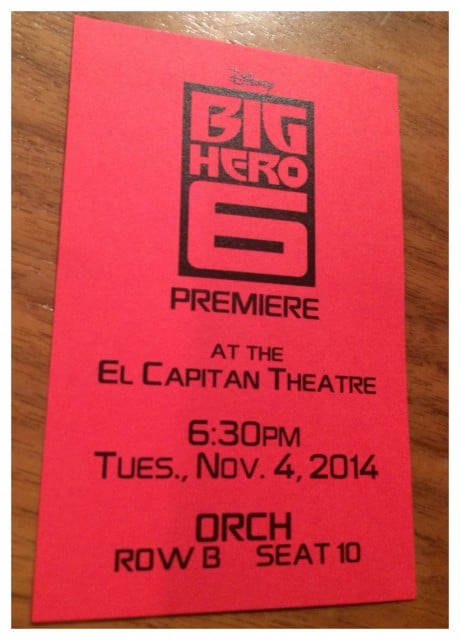 Inside the El Capitan Theater, the excitement did not stop. We were given popcorn and drinks and went to our seats. I think I had the best seat in the house. I was in the very middle of the second row with a perfect view of the movie. During the pre-show I had the opportunity to listen to the most beautiful disney music on the Organ while tweens nervously blushed as they asked Calum Worthy and Ross Lynch for a photo. 🙂 (They were sitting in front of me) 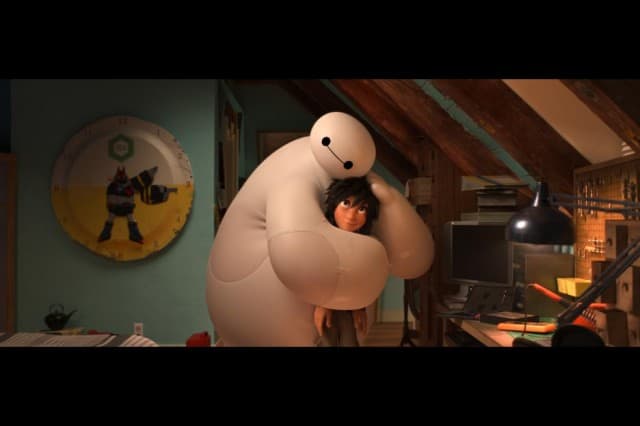 The movie was Ah-may-zing. Like it really was so so so great! But--- I'm not going to talk about that right now. I will tell you all about my thoughts on the movie tomorrow. You definitely want to go see it, though. I am taking my kids on Saturday. 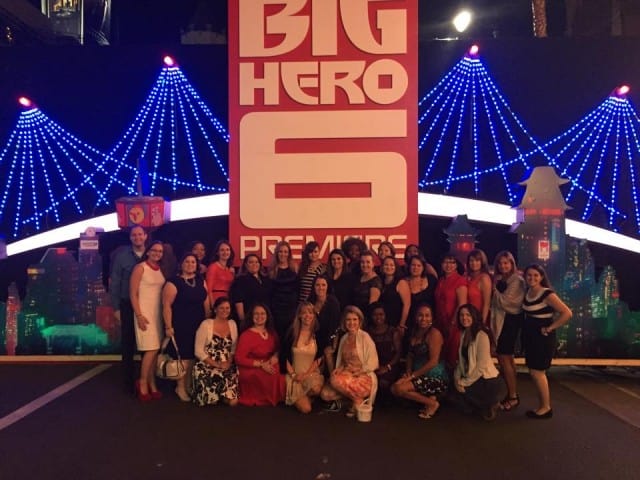 After the movie we took a moment to take a group photo in front of the Big Hero 6 Premiere back drop. This really was an amazing opportunity that I feel so grateful to have had. Thank you, to Marshall! 🙂

After the screening we met outside and got in line for a shuttle that took us to the Premiere Party for BIG HERO 6 at Yamashiro. Everything about this place was amazing. Because all those that attend the Red Carpet Premiere go to the after party, including families, there was a really fun activity room with games, video games, cup cake decorating and more. The food was served Yamashiro and was absolutely delicious. They had a selection of Sushi, rice, chicken, fish, noodles, and more.

I took a break from the party to say hi to Baymax, and take some pictures with new friends: 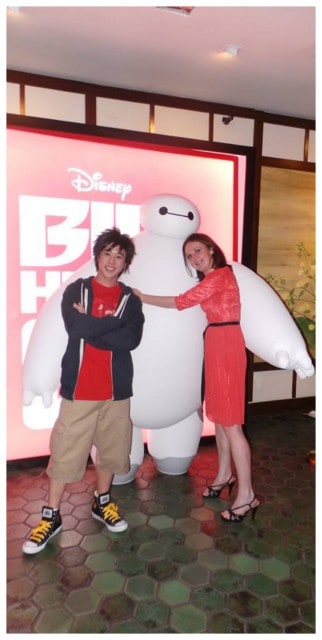 Because who wouldn't want to hug Baymax? 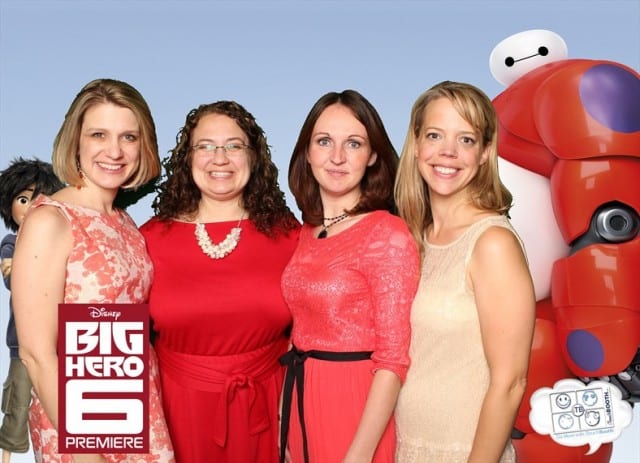 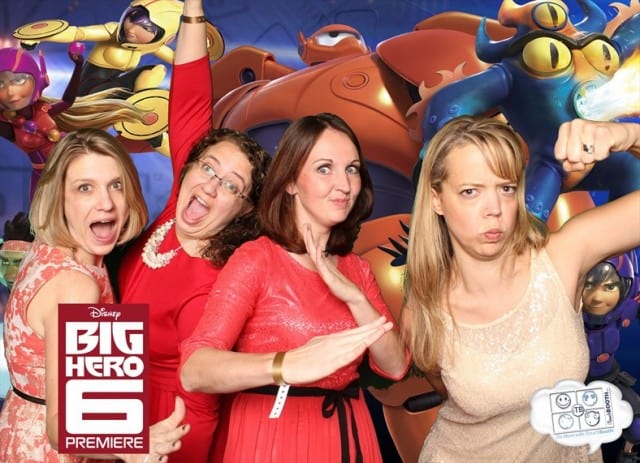 Don't mess with us. (we don't look very intimidating)

Big Hero 6 comes to theaters tomorrow and this is not a movie that you will want to miss!

I received an all expense paid trip from Disney to cover the Premiere. All opinions are my own. Thank you, Disney for this amazing opportunity!