On set with ABC's black-ish #ABCTVEvent 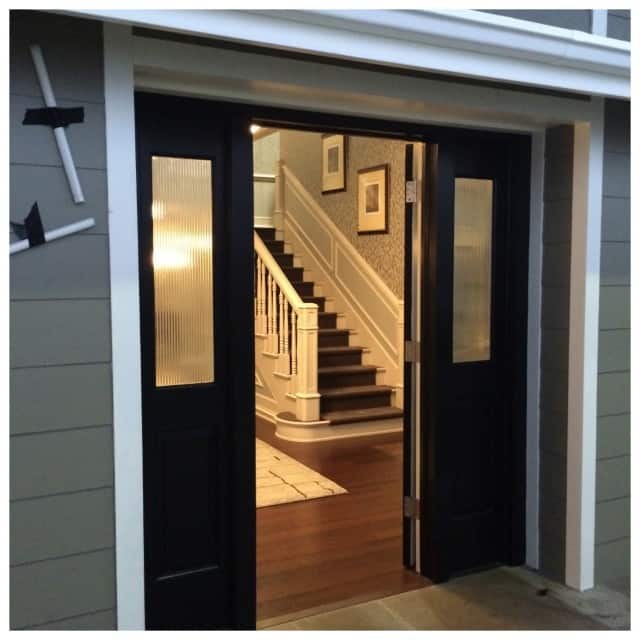 Welcome to the home of Dre Johnson, his wife Rainbow and their four adorable kids. If you watch ABC's black-ish TV show, you'll probably recognize all of the places in these photos. If you don't watch the show, you should be, because it is hilarious. Tune in WEDNESDAYS 9:30|8:30c on ABC! Going on set for a show is really fun. 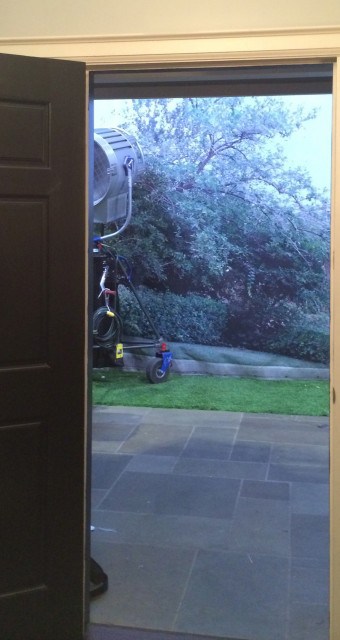 What you see on set is exactly what you on tv. Unless you look up or on the grounds around the set. Because a set isn't permanent, they only build all of the necessary pieces and not all of it is real. Pretty cool, huh! For example, when you look out the Johnson's front door you see these beautiful trees. They aren't real. The trees are just a back drop that they can change in and out depending on the time of day! 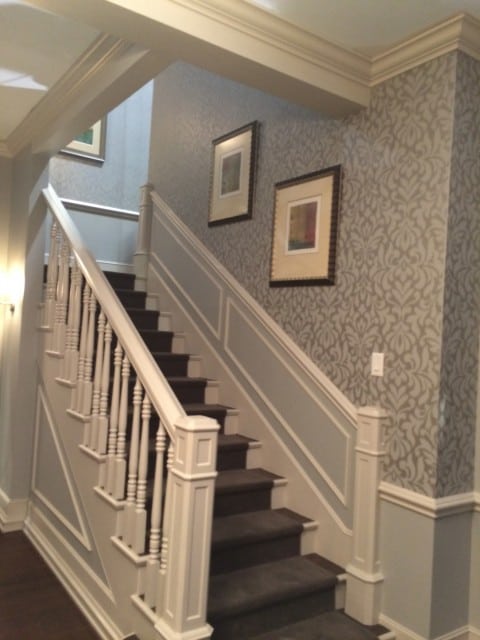 These stairs trick you, too. Did you know that all of the black-ish set is built on ground floor, so every time you see them go upstairs, they aren't really upstairs. These stairs in their house really lead to absolutely nothing. Its just stairs to no where! 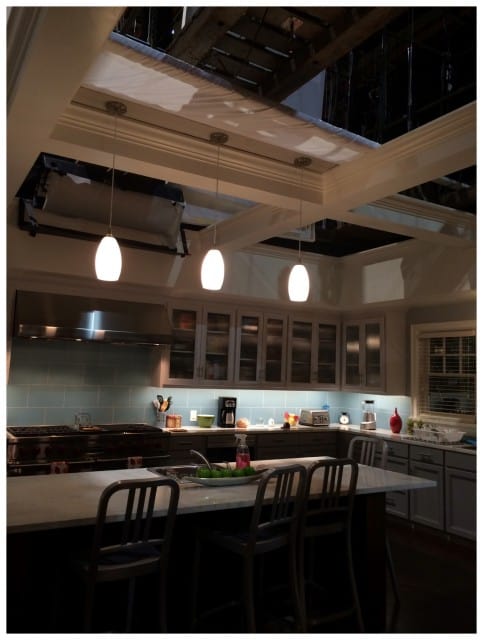 Here is another fun example for you. Is this kitchen not amazing! Everywhere in the house has the appearance of being finished, but if you look UP you will see that there isn't a ceiling. I imagine during a shoot there are lots of lights, cameras and microphones coming down from this area. 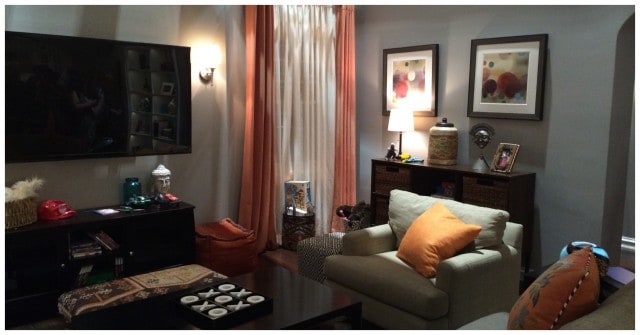 This house is absolutely stunning. They did a really good job making it beautiful but also looked lived in. The living room above is beautifully decorated with realistic items that you would find in the house of a family of 6. For example, in the corner there is a basket filled with games, tic tac to on the table, and a random misplaced toy. 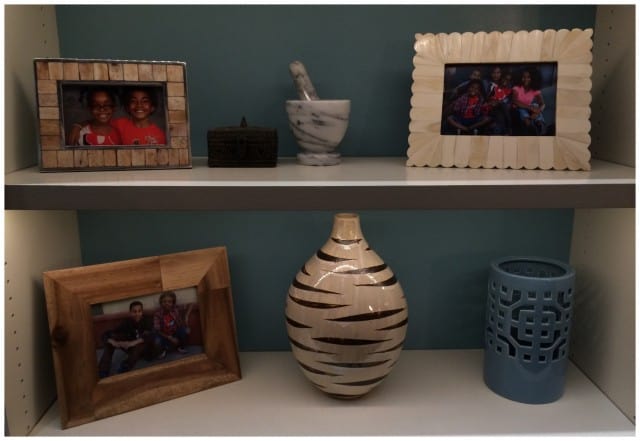 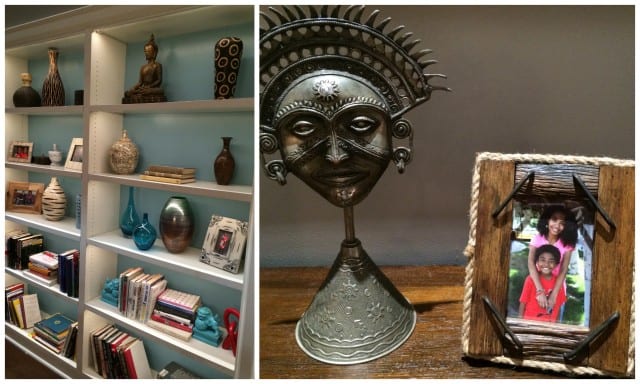 I loved that they have lots of great books in their home because my kids love to read and it made me recognize a piece of my own family in their home.  Maxine Shepard, the Production Designer was telling us about the pieces that they bought. They would shop at regular stores like Target or get pieces from a prop house. She also told us that before they started filming they would get the cast together for a photo shoot. This photo shoot had two purposes. 1. For photos on the wall of the home and 2. To help the cast start getting to know each other before filming. 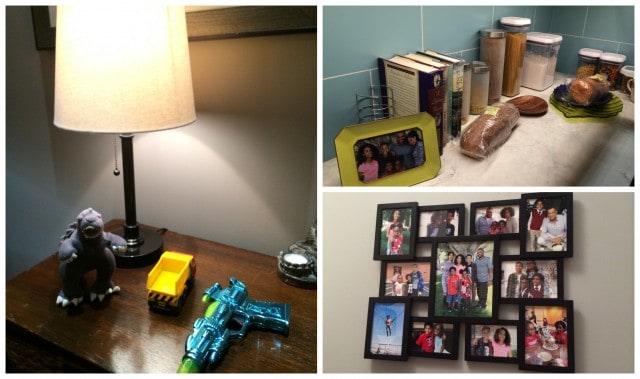 I loved that random toys placed around the house. We have this exact same frame in our house so it was fun seeing how their memories were displayed. Each room was filled with personal items to make their house feel like a lived in home when you see it on screen. 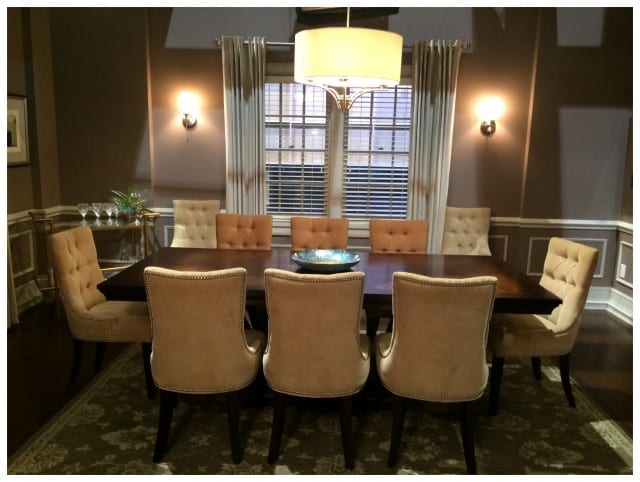 This is their beautiful dining room. I love the dining set. This is the formal room that is set right when you come in the front door. 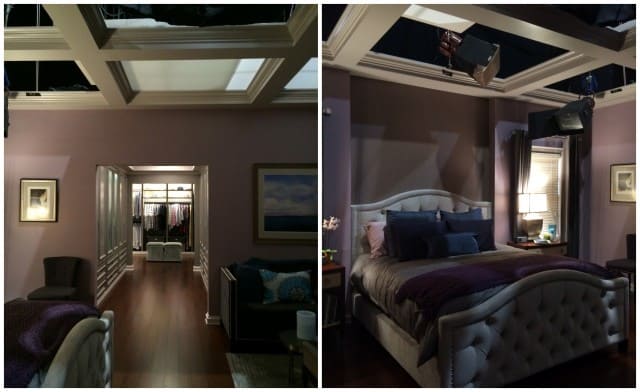 I love the bedrooms in the black-ish house. They were so detailed and truly incredible. I love the color scheme of the master bedroom. You can tell from these photos also that the ceiling is unfinished. 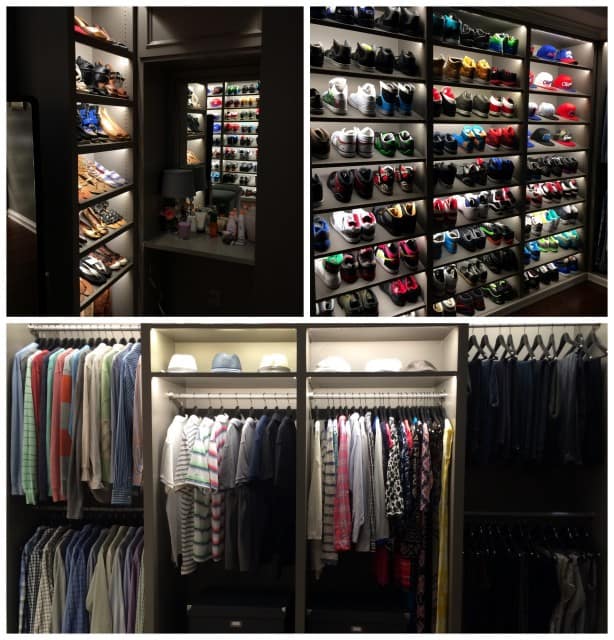 Ok seriously, now THIS is a closet! Have you ever seen anything so amazing! I thought it was hilarious that Dre had more room in the closest than Rainbow did. I was especially impressed with his shoe collection! 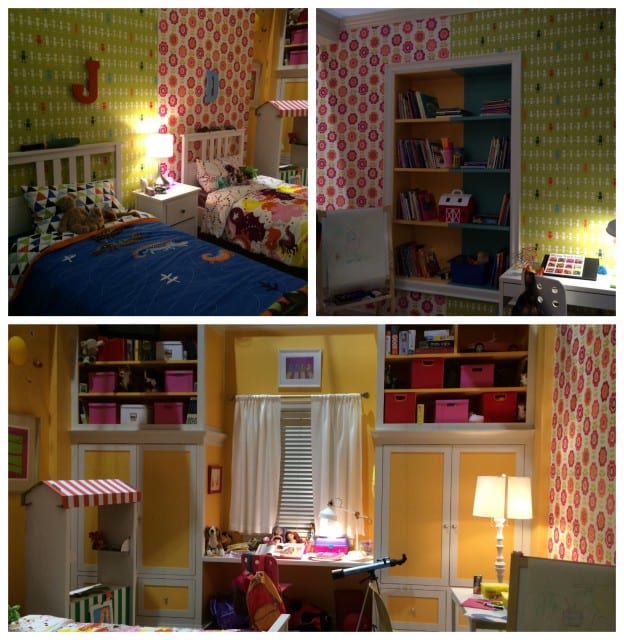 The twins room was probably my favorite room in the house. It is bright and colorful and really looks like so much fun. I love how they were able to separate the room in a way that worked for both a boy and a girl. There is so much storage and fun. I wish this room were in my own house! Amazing. 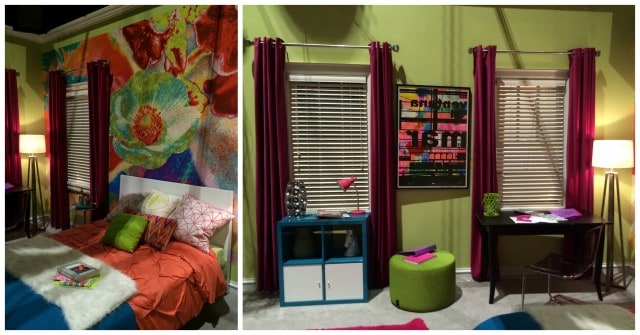 The oldest daughter, Zoey's room was also bright colored and fun but in a much more grown up, mature, teenager sort of way. The detail that they put into these rooms are amazing. You can tell that they are "lived" in, but they are so neat and organized. I could be perfectly happy with this house. 🙂 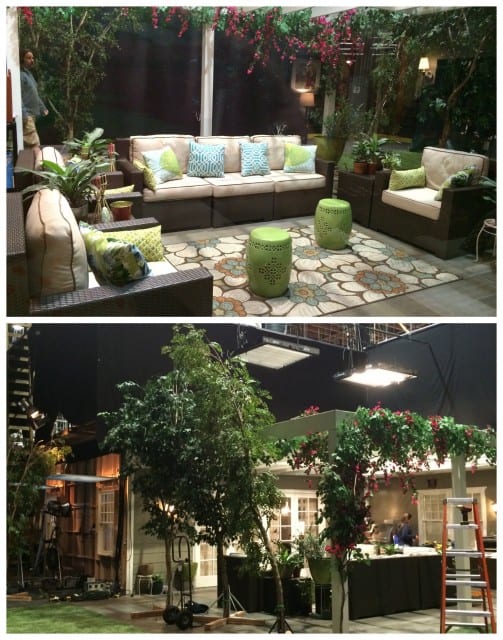 I love a backyard living space. I love the light colors that they used to make this space inviting and relaxing. The pillows and plants really add to the comfortable ambiance.

I had so much fun being On set with ABC's black-ish. What is your favorite room in the Johnson house? 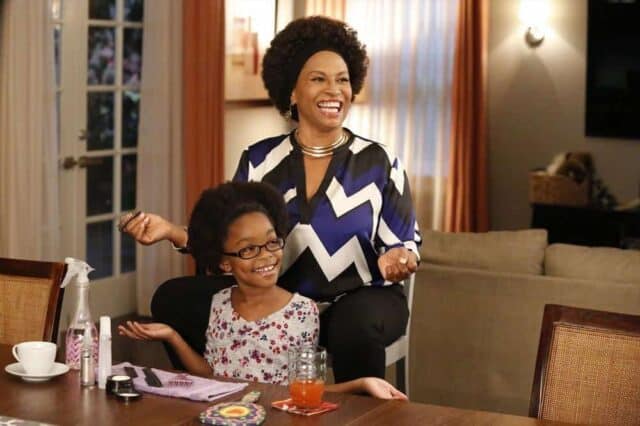 BLACK-ISH - "Oedipal Triangle"- Dre's mother, Ruby, comes for a visit, and she smothers her pork chops with gravy, Dre with love, and would like to flat out smother Bow, who feels the same way about her. Dre tries to find a way to get the two most important women in his life to get along, on "black-ish," WEDNESDAY, NOVEMBER 19 (9:31-10:00 p.m., ET) on the ABC Television Network. (ABC/Kelsey McNeal) JENIFER LEWIS, MARSAI MARTIN, ANTHONY ANDERSON, TRACEE ELLIS ROSS 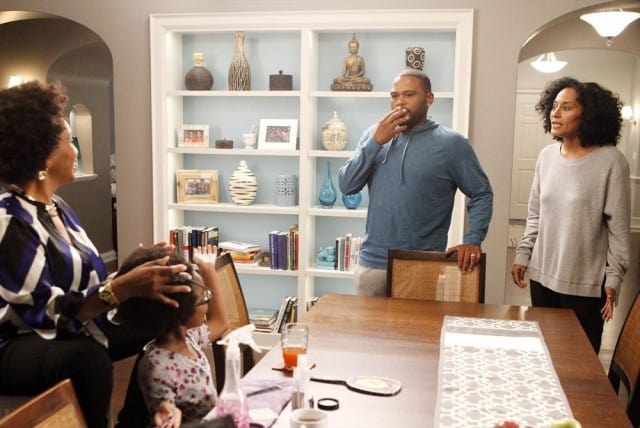 Don't forget to tune it Wednesdays 9:30|8:30c on ABC for this hilarious new comedy! 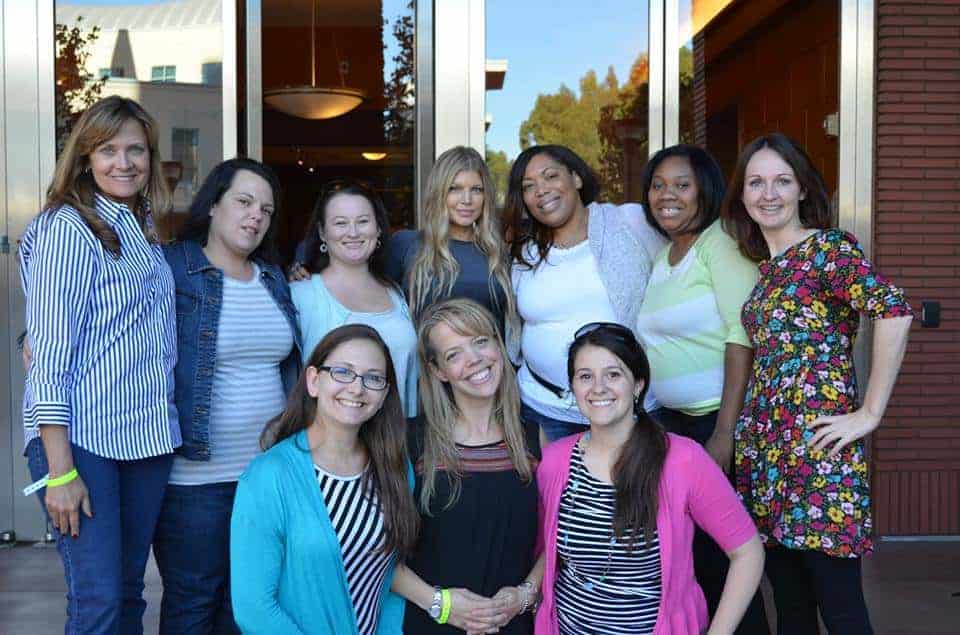