Read all about our Pixar Coco Interview with Edward James Olmos who played the voice of Chicharron.

“‘Coco’ is about a 12-year-old boy with big dreams,” says director Lee Unkrich. “It’s about a hardworking family with great traditions and a lot of love. But what’s so cool about ‘Coco’ is that the boy could be my son. That family could live next door. The sweet, bossy grandmother who insists on one more bite might be your grandma. There’s something familiar to us all in this story. That’s what makes it so special.” 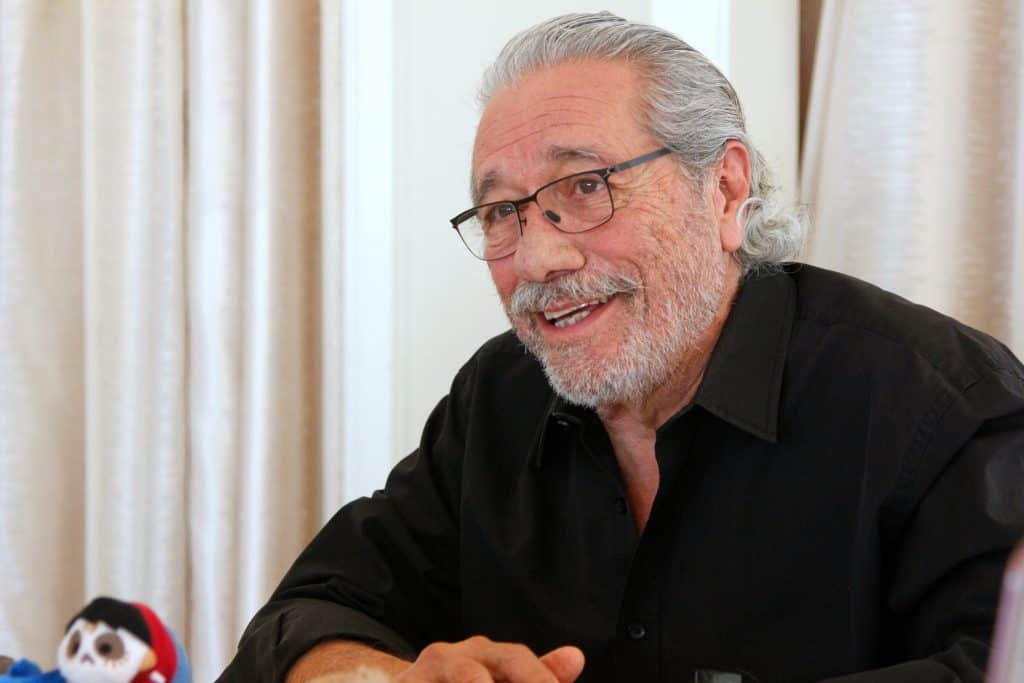 Edward James Olmos plays the voice of Chicharron in Disney/Pixar's Coco. His role is problem one of the smallest voice roles in the movie but the power and importance behind his character is one of the most important. His character portrays the Day of the Dead and the importance of talking about and remembering your family. His character was one of the first moments that I cried while watching this movie. It is filled with so much heart and inspires you to be better at talking about ancestors. I don't want to give any spoilers, so go see Coco so you can feel the importance of Chicharron's character.

We had the neat opportunity to interview Edward James Olmos and not only learn about his experiences in making this movie but also hear about how he celebrated the Day of the Dead. He celebrated this day since he was a child. He feels that this day is a very needed day in everyones lives because it is a day of family and a day of remembrance. The Day of the Dead is a celebration of life. A party that allows you to say THANK YOU! He loves of Pixar's Coco explained the Day of the Dead so simply and finds it to be the most effective film to come into the theaters at this time. It is a film that touches every person. It doesn't matter where you come from or what you are. 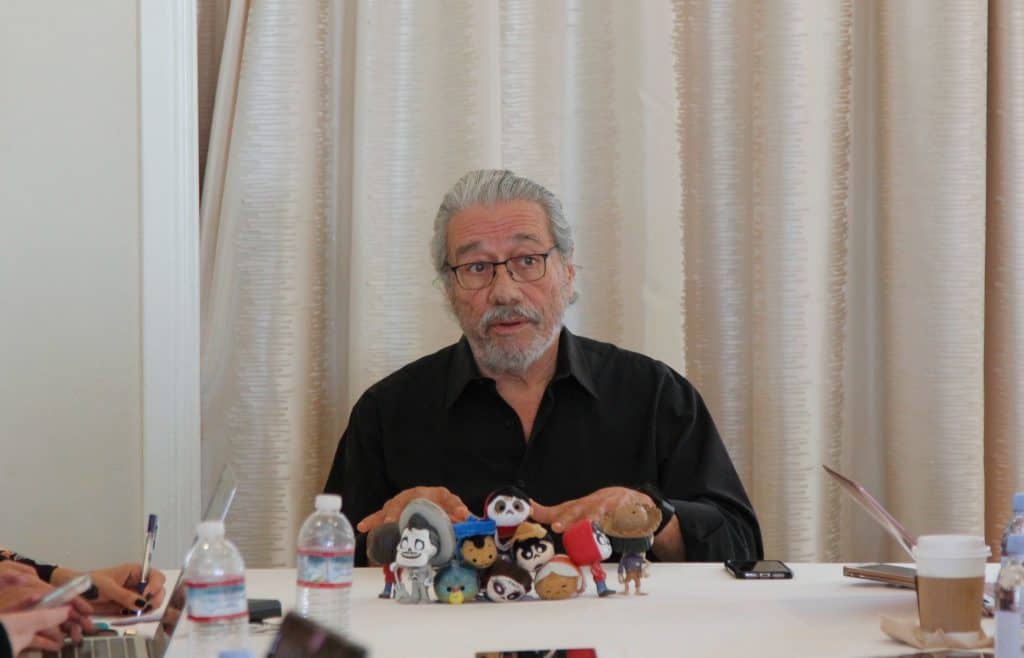 Edward James Olmos really opened up and was very real as he talked about his feelings. He like many others mentioned that he cried while watching the film. To be specific, he said, "Heaping sobs!!" 🙂  He said that the movie is important because there is such a great impact in stories and telling stories. He feels that the older generations like GREAT grandparents share so much wisdom and when we pass on stories people learn about our ancestors.

When asked how he wanted to be remembered he shared this great advice. The way we can avoid being forgotten is by being happy around those we love. Happiness is a choice. If we think daily about why we are here and have  gratitude we can be happy. He hopes that he will be remembered and that he shared enough time with his family. 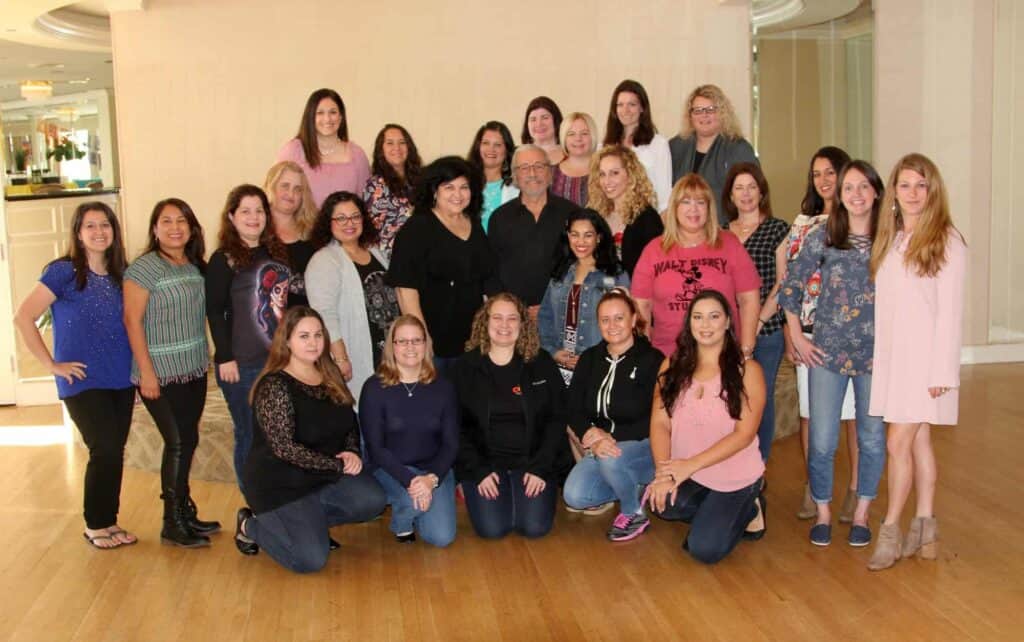 I am excited to share with you my Pixar Coco Interview with Edward James Olmos and his feelings about family and the importance of the Day of the Dead. Pixar's Coco is a universal film that everyone will be touched by and love. Bring your whole family and the tissues. Here is a fun clip from the film:

Pixar's Coco is in theaters now!