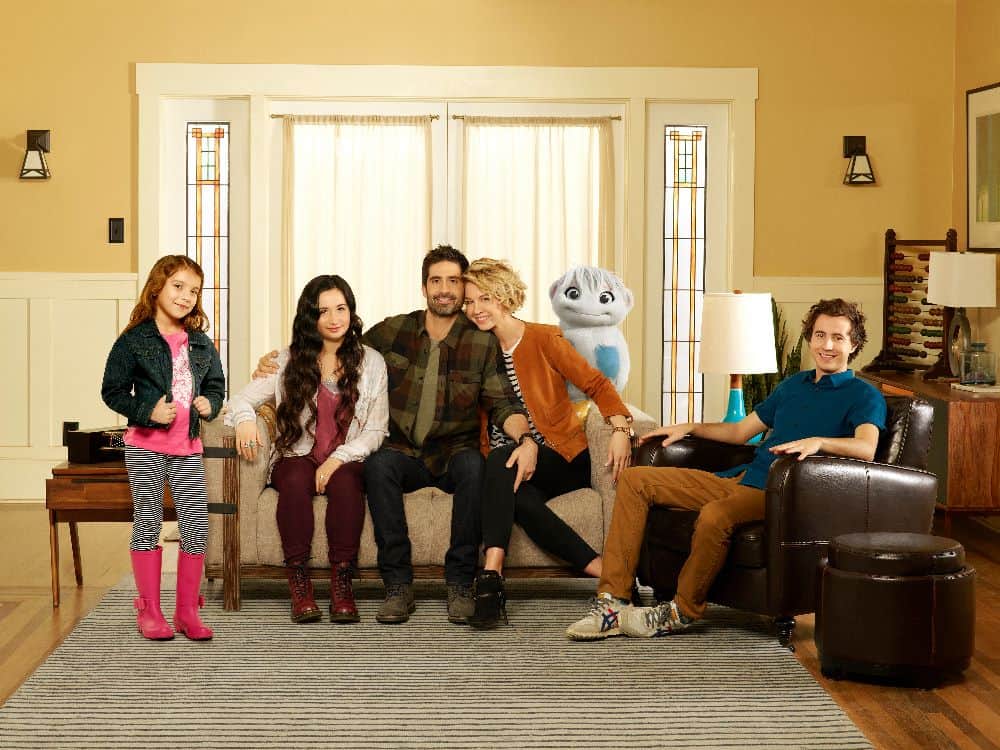 If you are looking for a really fun new show to watch, I recommend checking out Imaginary Mary. For the first time in tv, you will see a cgi character with in live action setting. "Imaginary Mary" makes its timeslot premiere TONIGHT at 9:30/8:30c on ABC with the episode, "The Mom Seal." I had the opportunity to screen this episode while I was in Los Angeles and it was so funny. I am excited to watch it again with my husband tonight. 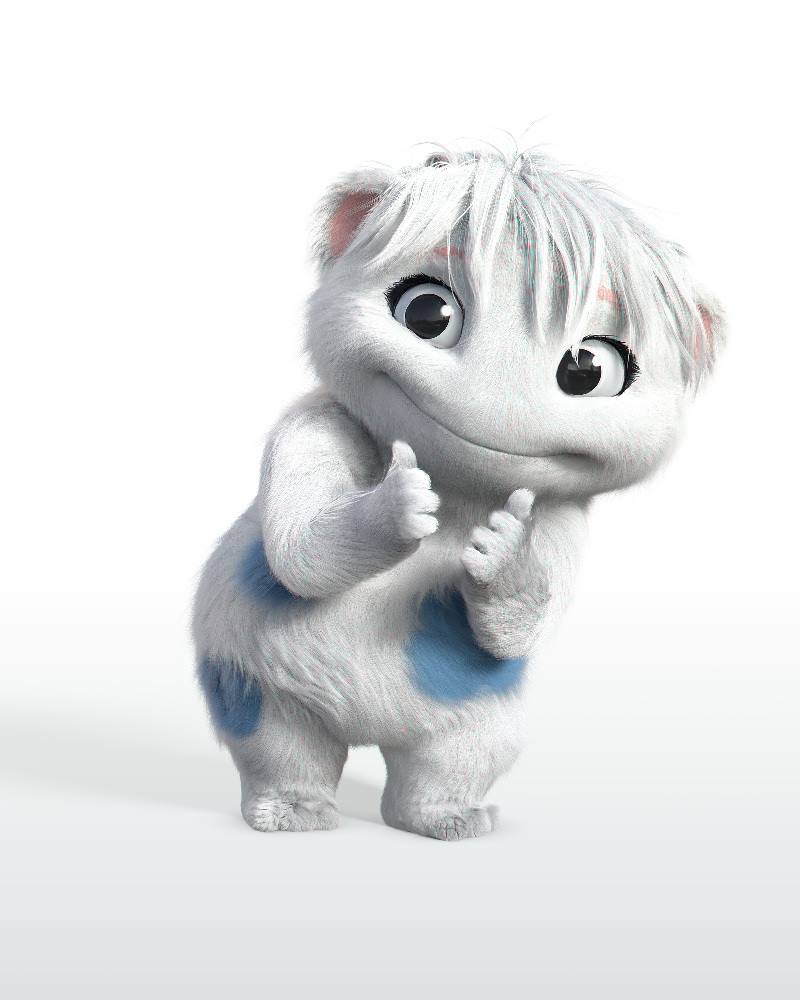 "Alice (Jenna Elfman, “Dharma & Greg,” “Friends With Benefits,” “EDtv”) is a fiercely independent career woman whose life is turned upside-down when she meets the love of her life – a divorced father with three kids. This triggers even more upheaval when the slightly unhinged imaginary friend she created as a child suddenly reappears to help her navigate the transition from single girl to a woman ready for a family." 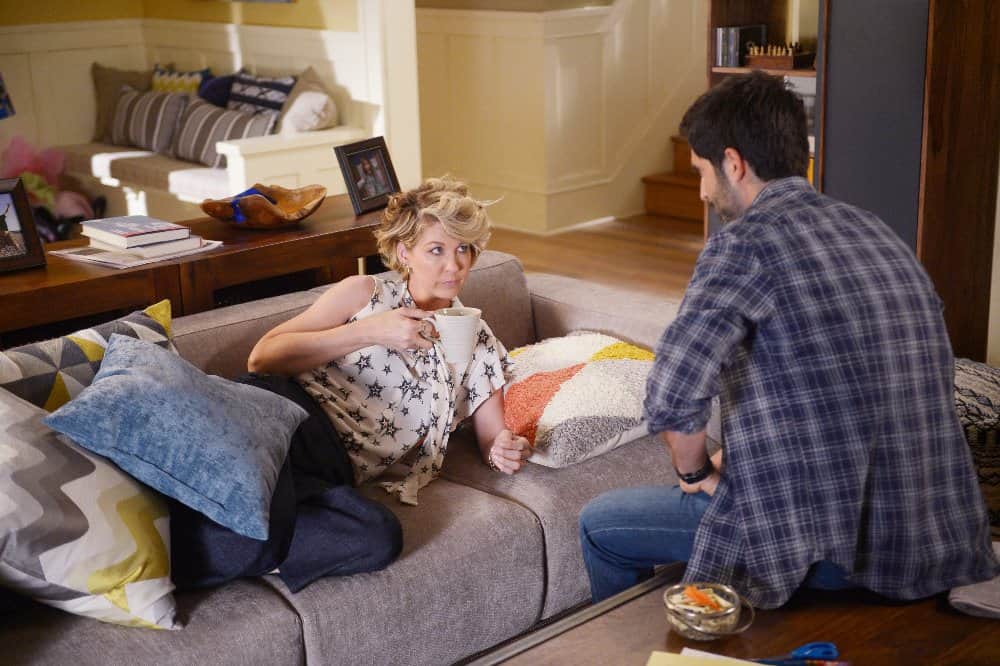 About "The Mom Seal"

"When Ben asks Alice to help him with her first mom-like task to pick up Bunny from dance class, Mary quickly discovers the simplest parental tasks are fraught with difficulty. Afterwards, Ben is disappointed when Alice tells him she can’t help with the kids anymore, but things change when Andy enlists Alice’s help to overcome his fear of taking a driving test." 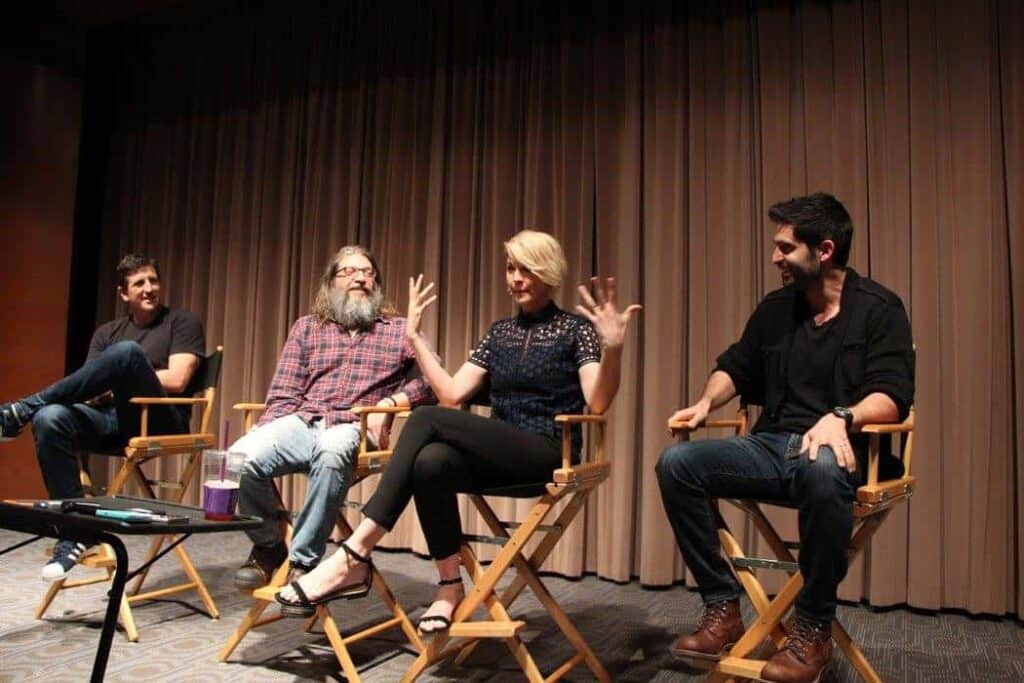 When I was in Los Angeles I had the opportunity to sit down for a Q&A with Jenna Elfman ("Alice"), Stephen Schneider ("Ben"), David Guarascio (Executive Producer) and Doug Robinson (Executive Producer). This was a really fun interview because they were so real and open to talk. I loved learning about this show because having a mixture of CGI and live action in television is new and it was fun to learn the behind the scenes of making this movie. This type of television was a new level of challenge because they had to learn to balance comedy with people and an imaginary friend. Here are some highlights from the interview.

Question: I have a question on where Imaginary Mary came from and how each of you got attached to the project.

Doug Robinson:  "I had a meeting with an animator named Patrick Osborne who won the Academy Award for a short film called Feast. We were sitting down talking, and I said, do you have any ideas that you want do in television? And he said, I've always wanted to do a show about somebody who has an imaginary friend. David was a writer on The Goldbergs, and we've both known him for a long time. And a lot of this mirrors David's life, so we brought David in. That's sort of where, where it all came together.

Jenna Elfman: I had said to my agents, I'm not doing another network show.  Don't even bring it to me.  Don't bring any network shows. I'd just become so frustrated with my experiences in the last several years with network television.  But it hadn't been on ABC.  I hadn't been on ABC since Dharma and Greg. And then I read it and thought, that's just so interesting because I love that there's the romantic part as the leading lady, and then there's the fish out of water aspect with the kids because she's just has no point of reference for dealing with children at all. She has no plan for it. And has a negative point of reference of childrearing.  Also she's super accomplished. She's a woman on her own, which I liked. I have to now also deal with something that doesn't exist but that I see, but that they don't see, and then do physical comedy, and fish out of water, and it was just like, oh my, that's, like, a lot of balls to juggle. And I felt like I can take that on, and it felt like the next new level of challenge for me.  Everyone involved is so great. It was really hard to say no to.  I just couldn't find a reason not to do it, so that's how I came into it.

David Guarascio :   And we had Shawn Levy directing which was, was a huge plus.  He was great.

Question: Jenna, how much do you bring to your character?

Stephen Schneider: But you're also, in terms of the character, you're a super successful. An independent woman.

Question: I love all the accessories you wear, and the constant change of earrings.

Jenna Elfman: It's all about the earrings.

Question: Do you ever find yourself talking to Mary outside of work?

Question:  Are we gonna see more physical comedy as it keeps going?

Doug Robinson: They're so both great at it, so we try and find moments for whoever we can and that's definitely the physical aspect of Mary and Alice's relationship. It is something we keep building on through future episodes and try to make it a unique part of our show.

Question: How did you guys get such great chemistry?

Stephen Schneider:  We don't take ourselves too seriously. It's especially nerve wracking for kids when they come on a show because it's oftentimes the first thing that they've done. The big thing that they've done, and they're very nervous about it.  The thing is they were all really nice people. Really nice kids. We actually tried to act like their parents, in a way and just like make it very comfortable.

Question:  As far as the imaginary character, who came up with the design, and how did you decide on what the character would look like?

Doug Robinson: Our co-creator, Patrick Osborne who's also an animator came up with the design and sort of just worked with us about what she would look like. He wanted to do something that was loveable-looking particularly because an important part of Mary's character is that she's not always saying the right thing. We felt like we could get away with Mary saying more of what she shouldn't say the cuter she looked. We just wanted to make sure she sort of had that appeal.  We kept tweaking it until we finally came to this.  So really it just came from his brain. 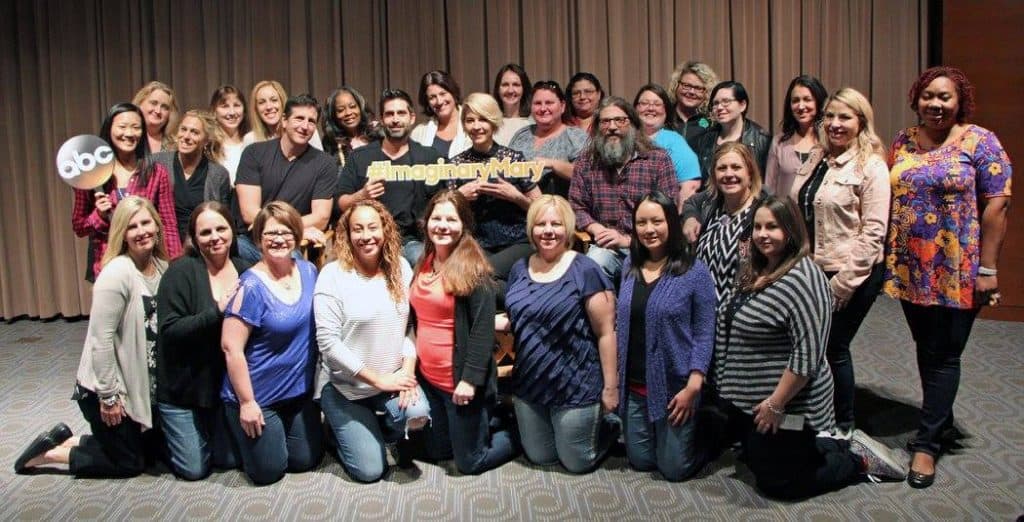 In this interview we talked about how the importance of learning what you can and can't control. It doesn't have to be perfect but you want to make sure that you are enjoying it. They hope that everyone who watches the show is able to be removed from the stresses of life for a moment and have the opportunity to laugh, feel joy and be entertained. Life is hard and they open to take their viewers away from the hard and be able to laugh. Tune in tonight for a new episode of Imaginary Mary. On ABC Tuesdays at 9:30/8:30c.