Comic book super hero movie! I don't think I can get enough. If you love this genre, keep reading and basic in the nerdy, cult like adulation of another fan. If your first thought was, "I hate those films." Keep reading anyway and maybe we can find make a "Believer" out of you. Open your mind! (it's from the movie 😉 ).

Why do we go to movies?! What are their purpose?! Entertainment, certainly, but even more, cinema is a unique window into the human condition that allows us to experiment on ideas and journeys of self discovery in a safe and entertaining way. Dr. Strange, while set in the fantastical, is filled with characters that are rich and deep, dealing with issues that we all deal with. Who are we? What are we doing here? What is our purpose? I was excited to get the Bluray so I could dive further into this. 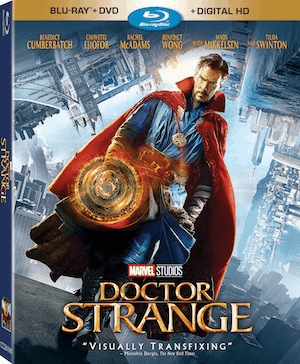 So, who is Dr. Strange? Not as familiar name to the masses as that of Ironman, Spiderman, Hulk; Dr. Strange is a beloved character for comic fans and his coming to film has brought that mystical side of the Marvel universe to the masses. A man full of ego, arrogance and hubris, Steven Strange is a man who is forced on a journey of self discovery. He must grapple with his inadequacies, his failings, his conventional notions of his own existence. As I watched this film for the first time, I found myself swept up in the deeper questions of existence and purpose created by the struggles and conflicts in this movie. He is a confident successful surgeon, it defines him, all things in his life, every relationship, are all experienced and understood through the lens of "I am a surgeon." But what happens if that were to be taken away?! As his world is turned upside down, as his potential becomes apparent, Steven must decide who he is, is he going to go back to his old life or put on this new mantle? What will you do when those you fight express a logic that you can't rectify? What will you feel when your mentor may or may not be who you thought? When do you bend rules for the greater good, and when does it go too far? 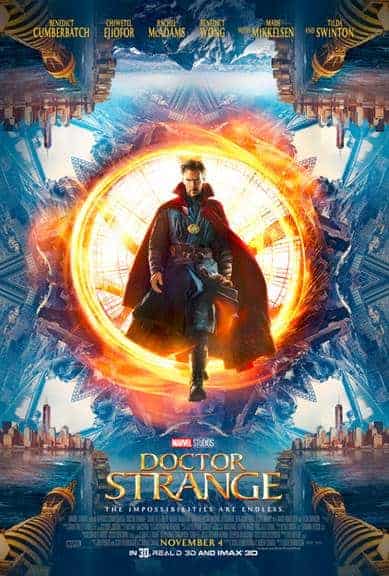 It is these kind of questions and challenges that excite me in movies. To cause me to challenge my view of the world, of myself, and of my place in it. So, whether you are a comic fan or not, this film has a rich tapestry of characters and conflicts between them that you can allow yourself to be carried away in a journey of self discovery, if you will but "Open your mind."
If you love art and craft of cinema, this film is full of it. From amazing ground breaking visual effects, to costumes, sets and production, this film plays with rich and inspiring imagery that sets it apart from many other comic tent pole films. Filmed around the world, including the beauty of Katmandu. The detail given to every thread, every prop, every set, translate into a tangibility that is another aspect that pulls you into this story.
For all you nerds now, the VFX! (If you hate vfx and you think they ruin movies, it is only the bad vfx you hate and there is more vfx that you never realize is there then you can possibly imagine!) Having spent my career as a vfx artist, this film represents a huge leap in the art of visual storytelling through vfx. From mandelbrot and mandlebulb mathematical expressions, to infinity images and recursive representions of matter; the magicians of vfx explored the concepts of space and time and what is the meaning of existence in a masterful blending of art, math and science. Explosions are fun to make, crumbling buildings are cool, space battles, even magic effects, we have really seen a lot of the same things in other films. But the expression of existence, the visual interpretation of that question, makes this film worth seeing on that fact alone. I have not been as excited for the vfx of a film as I have been for Dr. Strange in a very long time.
Dr. Strange, if you missed it on the big screen, is out on bluray. And if you saw in the theater already, the bluray features are awesome. From finding the cast, to creating the world, the music, the vfx, there is a behind the scenes that will expand your appretiation for what went into crafting this story.
I love comic genre films, but I have litterally watched this film dozens of times because it touches on so many deep threads of the human experience through great characters, a "Open your mind" story and brilliant visuals. This is a must have. It is great for the kids and adults alike. Well, for you non comic book film lovers, if you are still reading, it means, go buy the film and let your comic book mind be "Opened."