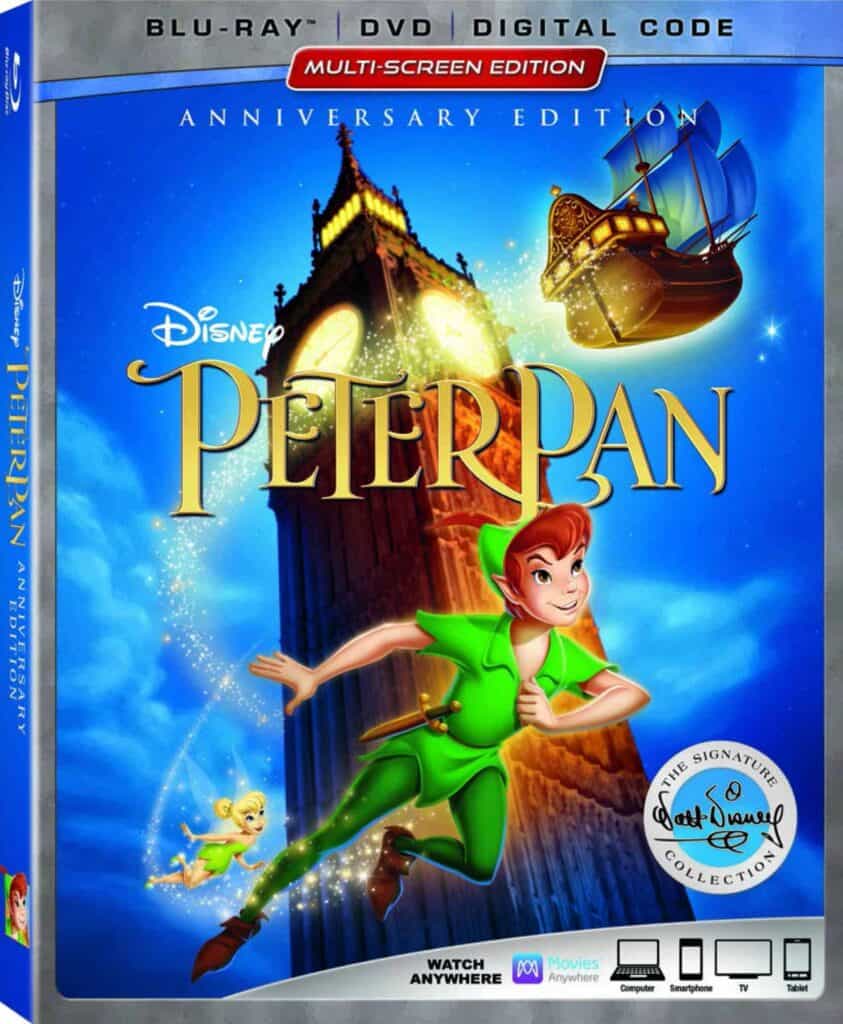 In “Peter Pan,” fantastic adventures await the Darling children—Wendy, John and Michael—when Peter Pan, the hero of their stories, whisks them away to the magical world of Never Land. After flying with Peter and the delightfully impish Tinker Bell past the “second star to the right and straight on till morning,” they explore the enchanted island and Peter’s secret hideout with the Lost Boys, and leap into high-flying battles with swashbuckling pirates and the infamous villain Captain Hook.

I love Disney Peter Pan. It has always been one of my favorites and I'm so excited that the Anniversary edition is available now. My daughter has been in a Tinker bell phase recently and we have been watching all of the Tinker bell movies, so I am excited to show here Peter Pan. The beginning of Tinker Bell! 🙂  This is such a fun family friendly film with lots of battles, adventure and fun!

One of my favorite parts of getting my favorite movie on Bluray is being able to watch the bonus features. I can enjoy watching my favorite movies again and again but the bonus features is where you find the heart of the movie. You find out about the blood, sweat and tears that go into making a movie. It is always amazing to me how many working pieces there are to making a completed movie. Peter Pan Anniversary Edition has so many great bonus features that you will love watching. You will also discover making of, deleted scenes, deleted songs and more! See the full list below. 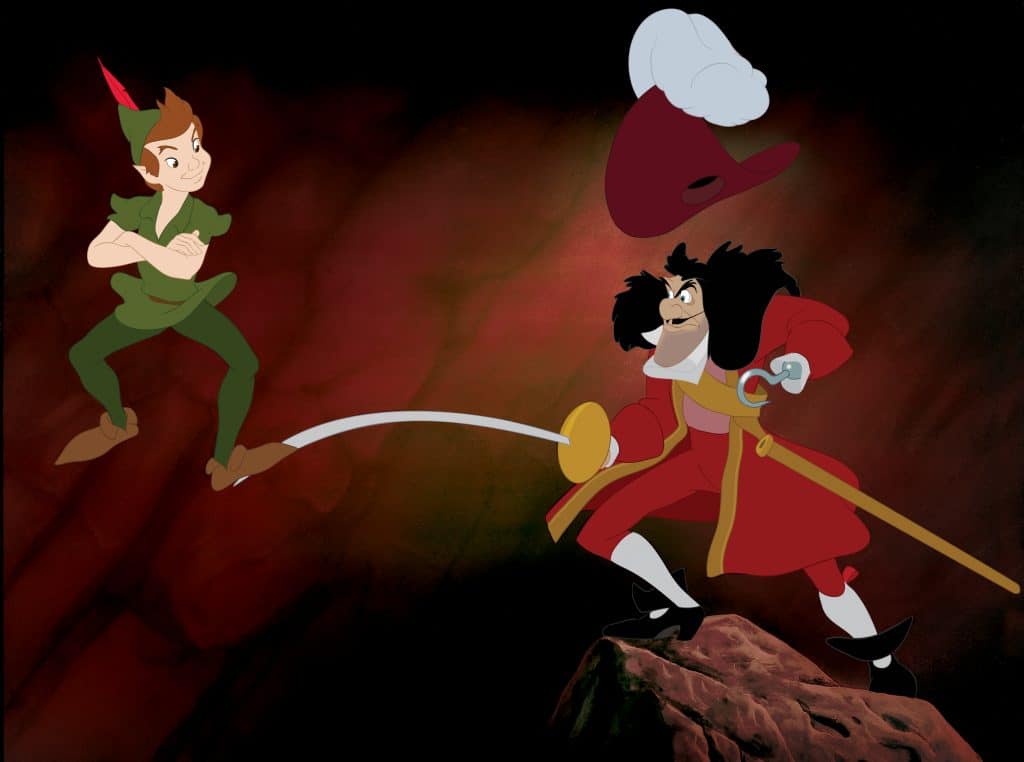 BLU-RAY & DIGITAL*:
New Signature Collection Bonus
 Stories from Walt’s Office: Walt & Flight – “Think of the happiest things, it’s the same as having wings”.
One thing you’ll notice inside Walt Disney’s office are all of the models and pictures of airplanes. Walt loved
planes and was an aficionado of flying. As a continuation of the “Stories from Walt’s Office” series, we’ll soar
into the world of one of Walt’s favorite pastimes and look at the history behind the company airplane he used
to scout Central Florida looking for the perfect place to build his second theme park.
 A “Darling” Conversation with Wendy & John: Kathryn Beaumont and Paul Collins – Join Disney
Legend Kathryn Beaumont (the voice of Wendy) and Paul Collins (the voice of John) as they reunite for the first
time in many years to reminisce and discuss their experiences working on Peter Pan, meeting Walt Disney and
learning to fly … literally.
 You Can Fly” – A new “Oke” rendition and graphic look of the classic Disney song, “You Can Fly,” with fun lyrics
on screen and lots of your favorite “Peter Pan” characters.
 “Never Smile at a Crocodile” – A new “Oke” rendition and graphic look of the deleted song, “Never Smile at
a Crocodile”, with fun lyrics on screen and highlighting the relationship between Captain Hook and Tick- Tock
the Crocodile. 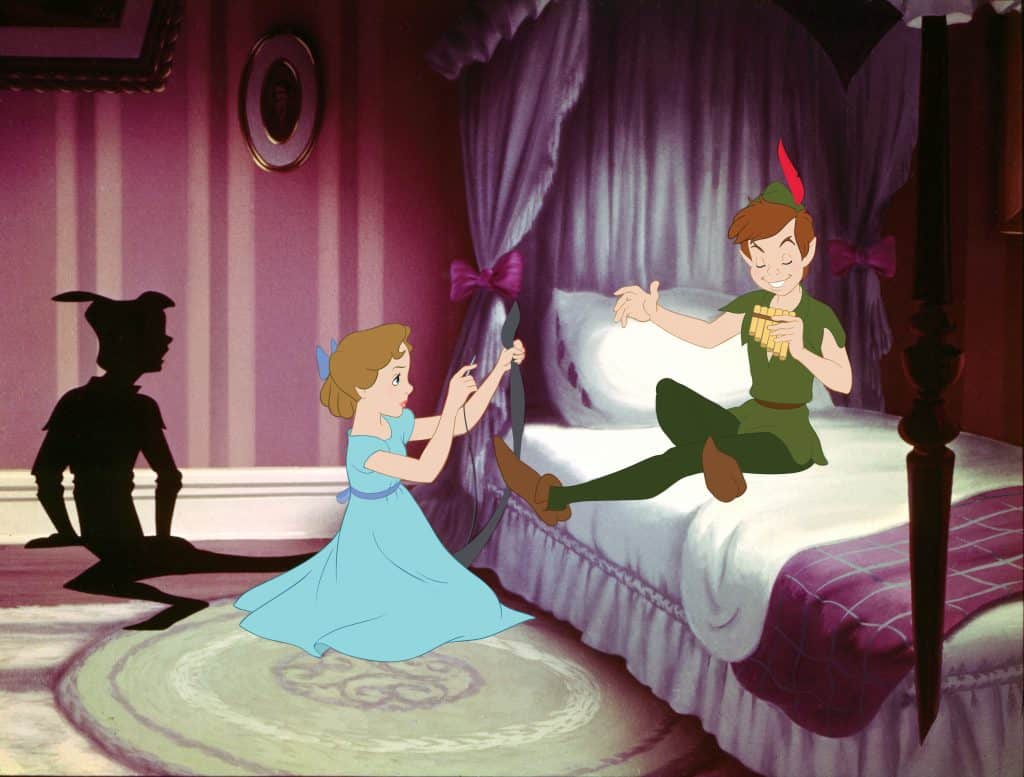 Legacy/Classic Bonus
 DisneyView
 Sing-along Version of the film: Sing along with your favorite songs from the movie.
 Growing Up with Nine Old Men – “Peter Pan” is both a story of living with a child’s sense of openness to the
world and an acknowledgement that the path to adulthood most often leads away from those qualities. A
parallel of sorts to that duality can be found in Walt Disney and his core group of animators, the Nine Old Men,
in their lives and in their work. Our short film will look at who they were and the parts they played in one of the
most remarkable team of artists that ever worked together.
 Deleted Song: “The Pirate’s Song” – Original demo recording of the song played over concept art.
 Deleted Song: “Never Smile at a Crocodile” – With music played over static concept art of the crocodile
from Pater Pan.
 Deleted Song: “The Boatswain Song” – With music played over static concept art of Captain Hook and his
crew.
 Deleted Scene: “The Journey Home” – A proposed alternate ending where Peter asks the Lost Boys to
return home with Wendy and the other children.
 Deleted Scene: “Alternate Arrival” – A deleted scene where Wendy and the children are initially attacked by
the Lost Boys because Tinker Bell tells them that Wendy is holding Peter captive. We also see in this version of
the story that Nana the dog travels to Never Land with Wendy and the children.
 Disney Song Select – Simply play the clip from the movie with subtitles underneath it.
o “The Second Star to the Right”
o “You Can Fly”
o “A Pirate’s Life”
o “Following the Leader”
o “Your Mother and Mine”
 Audio Commentary Hosted by Roy Disney – Audio commentary hosted by Roy Disney, but carried on by
several other people.
 Music and More
o ”Never Land”: The Lost Song – A bonus piece that sets up the backstory of where this lost song was
found and how Richard Sherman recomposed it.
o Music Video: “Never Land” – Music Performed by Paige O’Hara – A music video of the song “Never
Land”
o Music Video: “The Second Star to the Right” – Music Performed by T-Squad – A music video of the
song “The Second Star to the Right” performed by T-Squad.
 Backstage Disney 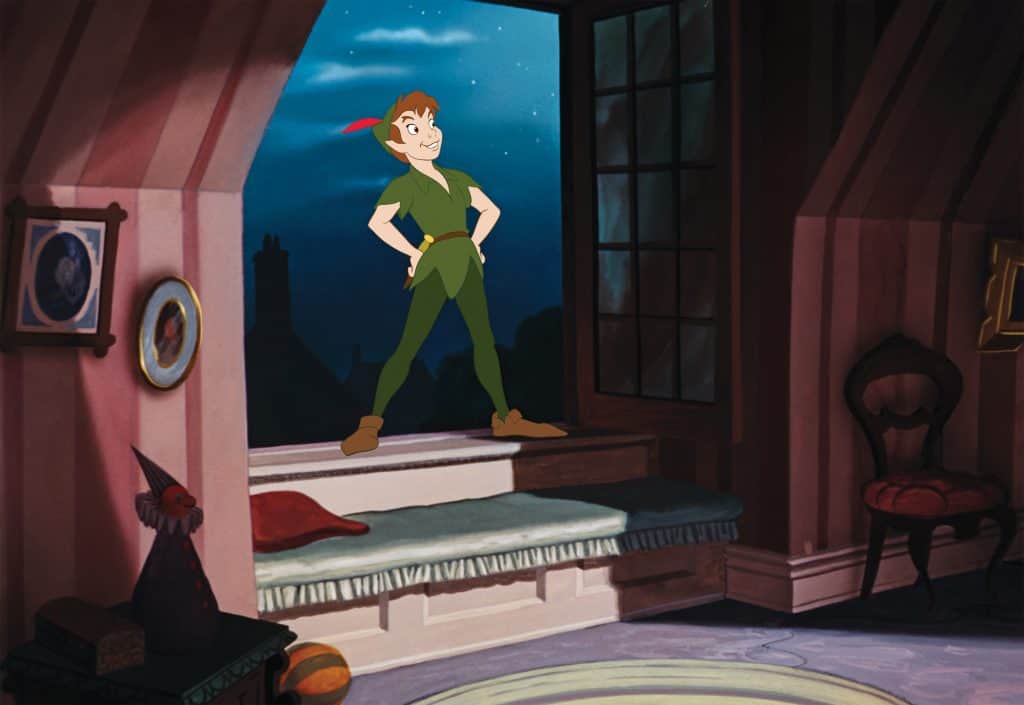 o You Can Fly: The Making of ‘Peter Pan’ – A making-of video of the 1953 Disney classic, “Peter
Pan.”
o In Walt’s Words: “Why I Made ‘Peter Pan’” – Based upon an article written by Walt Disney retold
as a dramatic recreation.
o Tinker Bell: A Fairy’s Tale – An introspective video on the creation, history and personality of the
one and only “Tink.”
o The Peter Pan That Almost Was – Hosted by Ron Clements and John Musker, we take a look at the
storyboards and early concepts of a version of the “Peter Pan” film that never saw the light of day.
o The “Peter Pan” Story – An original featurette for the film created in 1952.

*Bonus features may vary by retailer 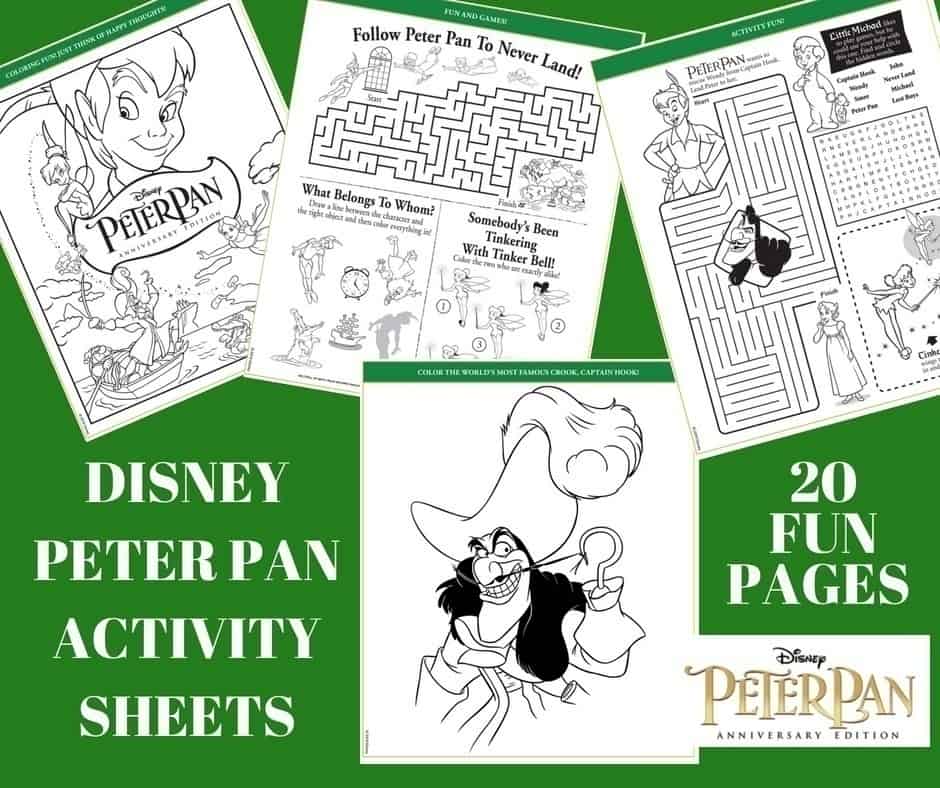