I am excited to share with you my ALICE THROUGH THE LOOKING GLASS Blu-ray Review. 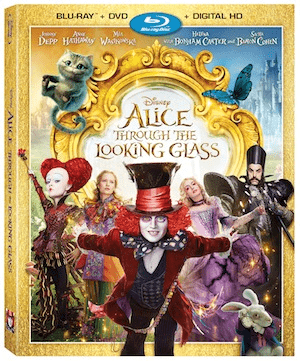 The second installment of the Alice franchise was an incredible film, both rich visually and story. Though this film was rated poorly by critiques (don't listen to them, they have no heart) audiences loved the film, rating it an "A-" on CinemaScore. I found this second film far more relatable than the first film. It todays world of instant information, coupled with a greater sense of skepticism and general pessimism, I often find critiques to love that which is dark, raw, gritty, and tragic. All while criticizing that which tries to edify and bring hope,  especially in films driven by visual effects wizardry (I am a vfx artist so I warn you I am biased). I look for some basic things in the movies I watch (add I watch a lot of movies). I want to be moved emotionally, that can be through visual spectacle, thrills, but what I crave most is by compelling and relatable characters. Was it fun? Was I engaged through the whole film? Was I able to get lost in the story to the point that I am not thinking about it being a great performance, or beautiful visuals, or a great story, until after the lights come up (this is suspension of disbelief). Alice Through the Looking Glass, didn't just deliver it hit it out of the park. 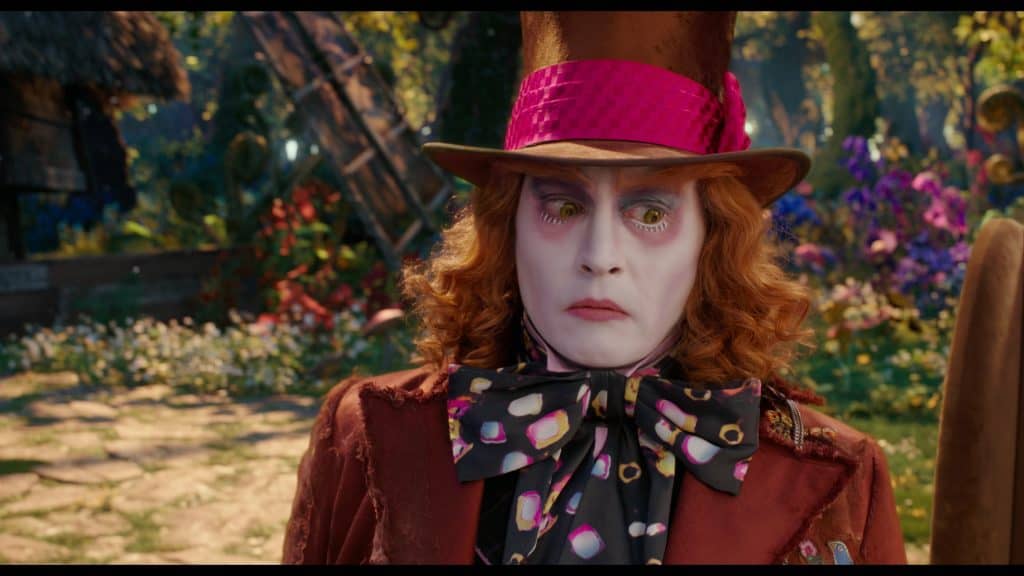 First, most will not argue that Alice Through the Looking Glass is a beautiful film to look at. The wonderful, colorful, and out right whimsical world on the other side of the looking glass is what the imagination of children is made of. The attention to design and detail was marvelous. The meticulously crafted visual effects carry the audience away to a place of fantasy where it is safe to wonder. If all else failed on this film, I could still watch it again and again for the visual masterpiece that it is. 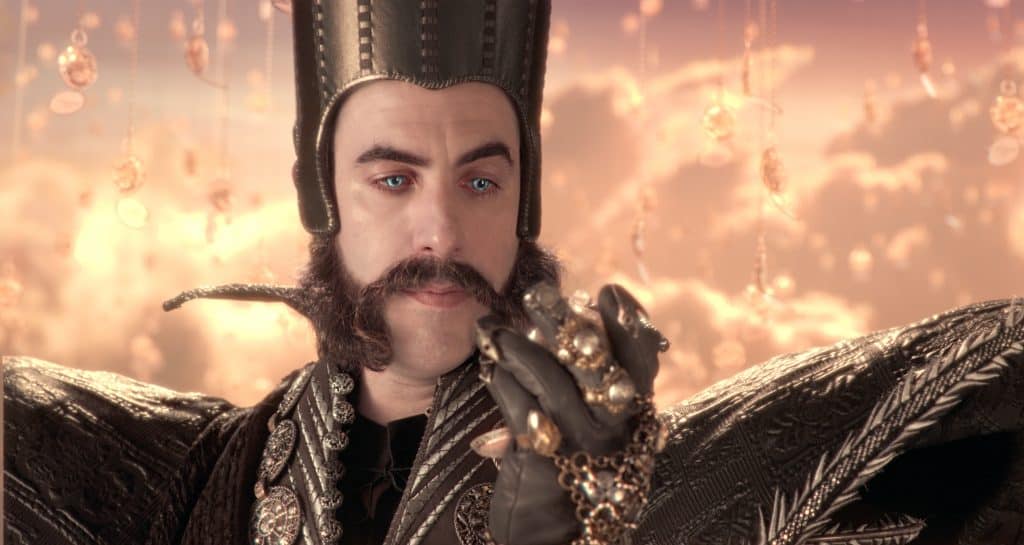 Critics shredded this film as "hollow", "stupid", "just junk rehashed." I mean, really? I must be an idiot then, or I didn't see the same film they did (I just watched it again to make sure I have the right movie... yup, I do!). This film is fun and rich, at times a bit overt but why is that such a bad thing?! The story looks at issues of family, time, loss, regret, and forgiveness. These are all very universal and, at times, extremely difficult and delicate subjects. The purpose of film is to safely explore life through story and similitude. Many of the themes readily stand out, some unfold upon the viewer while pondering the story. It is a great film for children and adults alike. Filled with adventure, action, reflection and fun. 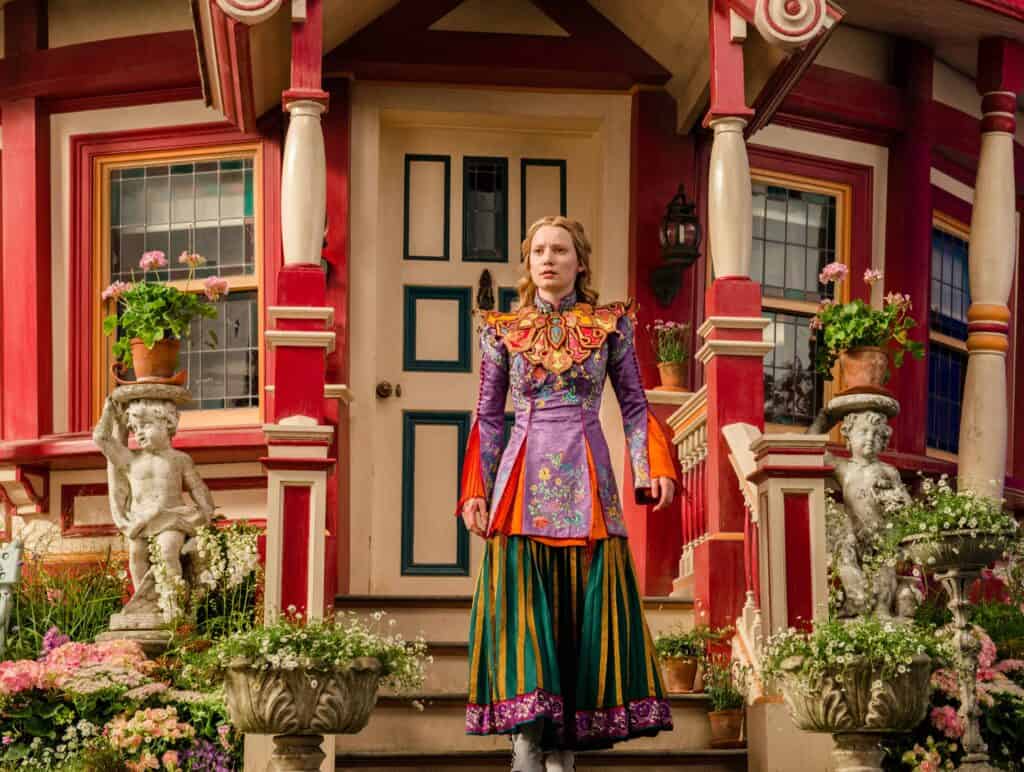 All the characters are extreme caricatures of different aspects of ourselves, all relatable in someway. One of my favorite characters in this story is the Queen. Typically one dimensional and wicked, this Queen is more complicated and relatable, all the while remaining reprehensible and repugnant in her behavior. Given the light of today's political landscape it makes her all the more real. So often we want to label and encapsulate people that we don't realize there are real people behind the forced (and sometimes not) facade, broken, misunderstood, in need of kindness. Children so often are exposed to single dimension villians, this is an opportunity to help children to learn that while the actions maybe inexcusable, the perpetrator is not irredeemable.

My favorite theme of the film is that the un-doable is doable by simply believing it is and going after it. Alice represents a powerful female role model for children to look up to. She lives in a world that doubts her and confines her because of her gender. But through the story she is able to show that believing and doing, you can overcome anything and anyones definition of who they think you are. As a father of three daughters, I love what she represents to them. A heroine that will not be told who or what she is by society and that all things are achievable. Also having two sons, I love that this shows them that the hero in the story can come from anywhere, not just a big muscle bound man in "tight stretchy pants" and a cape.

It is rich, it is deep, it is moving, for all the right reasons. It is a film that you and you kids will love watching together and will create great opportunities to talk about what is possible in life. 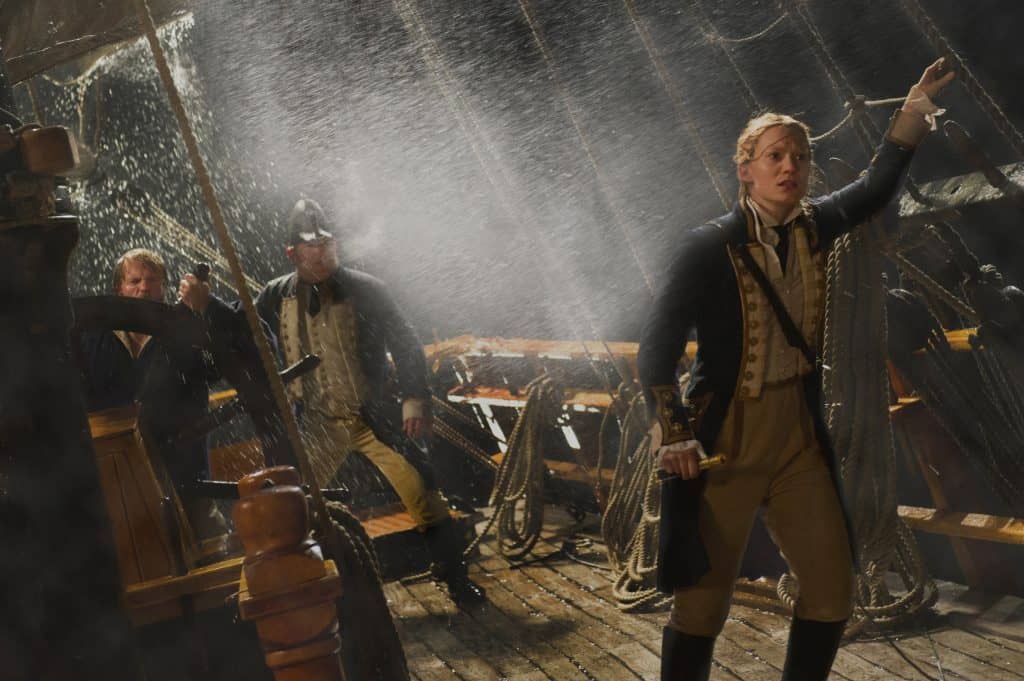 So that is the film... now the bluray! As one of the many people that work on films whose name you will never know and likely never see (unless you decide to read the credits as you wait for that after credits bonus clip and happen to pick me out amongst the see of other names), I love special features, it gives you an opportunity to see how the film was made and to understand and experience some of the process used to decide the what, and the how, and most importantly the "why" behind the movie. Maybe if critics watched more special features they wouldn't be so presumptive and negative. Tis easy to sit back and criticize, lets seem them actually make a movie.

Alice Through the Looking Glass is full of awesome extras. From learning about the roots of the story, to the characters, to more about the wardrobe (my favorite). All the meticulous detail that goes into every facet of a film like this will blow your mind. So many artist converge and lend their imaginations that every aspect is full and rich and deep. After enjoying the film, I encourage you to watch it again with your children with the audio commentary on, you will hear so many fascinating and entertaining stories about the making of the film that will enrich its meaning even more.