Come with me Behind the scenes of the ABC's The Kids Are Alright Set! 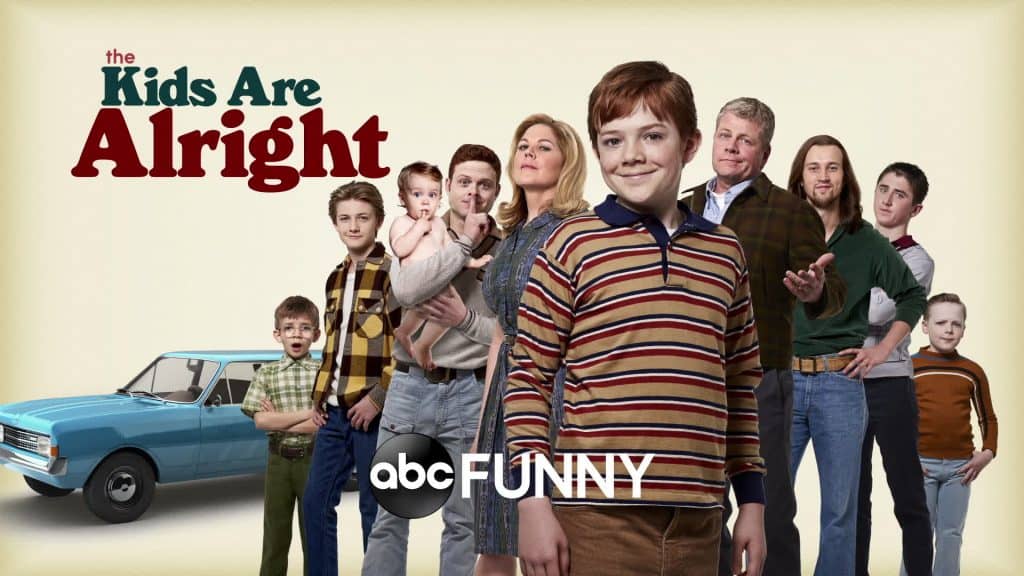 About ABC's The Kids Are Alright

Set in the 1970s, this ensemble comedy follows a traditional Irish-Catholic family, the Clearys, as they navigate big and small changes during one of America’s most turbulent decades. In a working-class neighborhood outside Los Angeles, Mike and Peggy raise eight boisterous boys who live out their days with little supervision. The household is turned upside down when oldest son Lawrence returns home and announces he’s quitting the seminary to go off and “save the world.” Times are changing and this family will never be the same. There are 10 people, three bedrooms, one bathroom and everyone in it for themselves.

I love this show. I did not live through the 70's but there are so many fun storylines that I can relate to. I couldn't imagine raising eight boys in that small house. If you have not had the chance to watch this show yet, it is definitely worth watching.

It is a fun look at the past in seeing how their family works together through the good and the bad. You will get the opportunity to join them as they walk through their day to day life.

We had the opportunity to go on set and see the incredible detail that went into each piece of their house. But first, how fun are these family photos and shots of the cast on set: 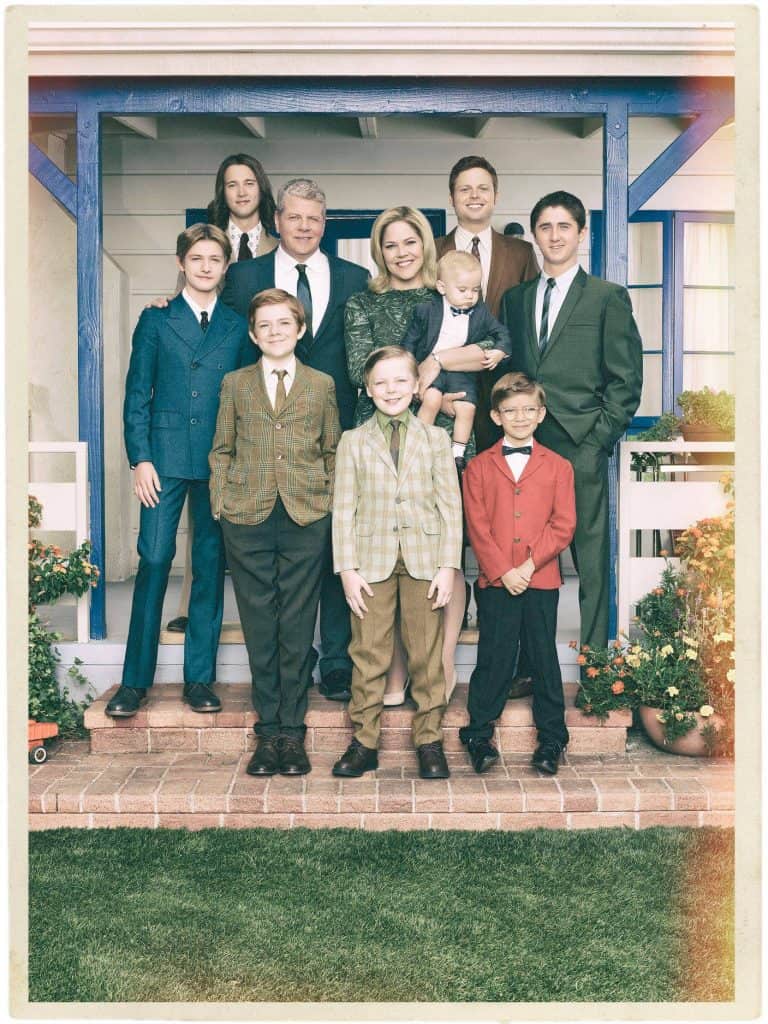 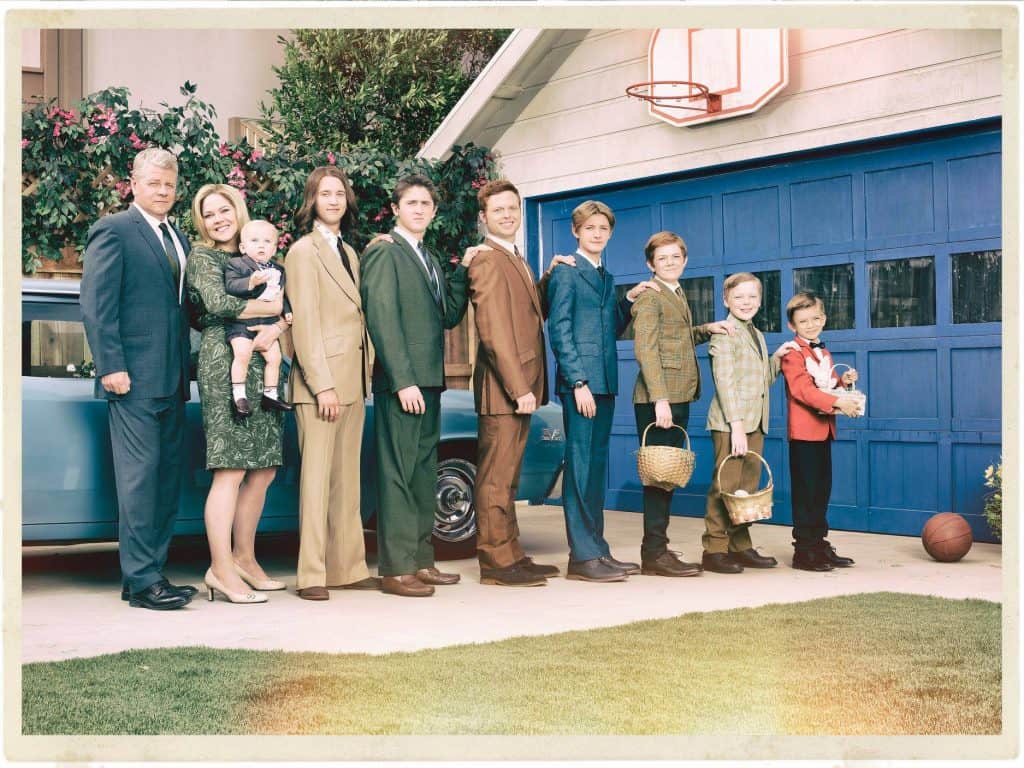 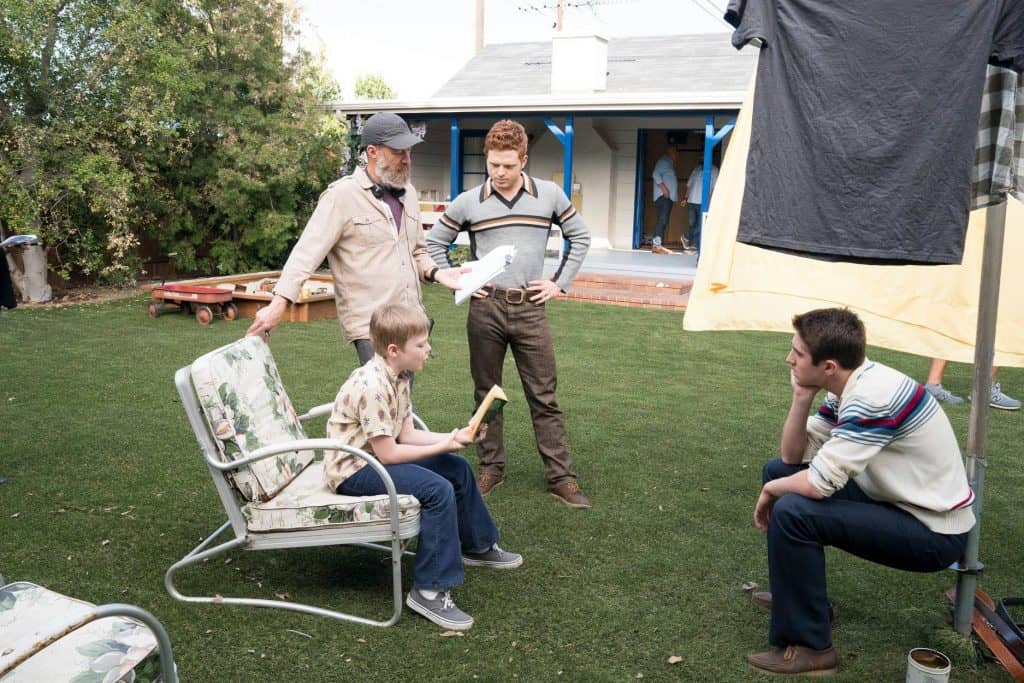 Behind the scenes of the ABC's The Kids Are Alright Set

While in Los Angeles for the Nutcracker Event, we had the opportunity to tour the ABC's The Kids Are Alright Set. Caleb Foote, who plays Eddie on the show was so kind to give us a tour of their house and tell us about his experiences being a part of the show.

He talked about the challenges of shooting the tv show in a small house with 10 people. He joked with us and said, "Food at the dinner table, bumping into each other, through the halls, everyone piling in on the living room couch. 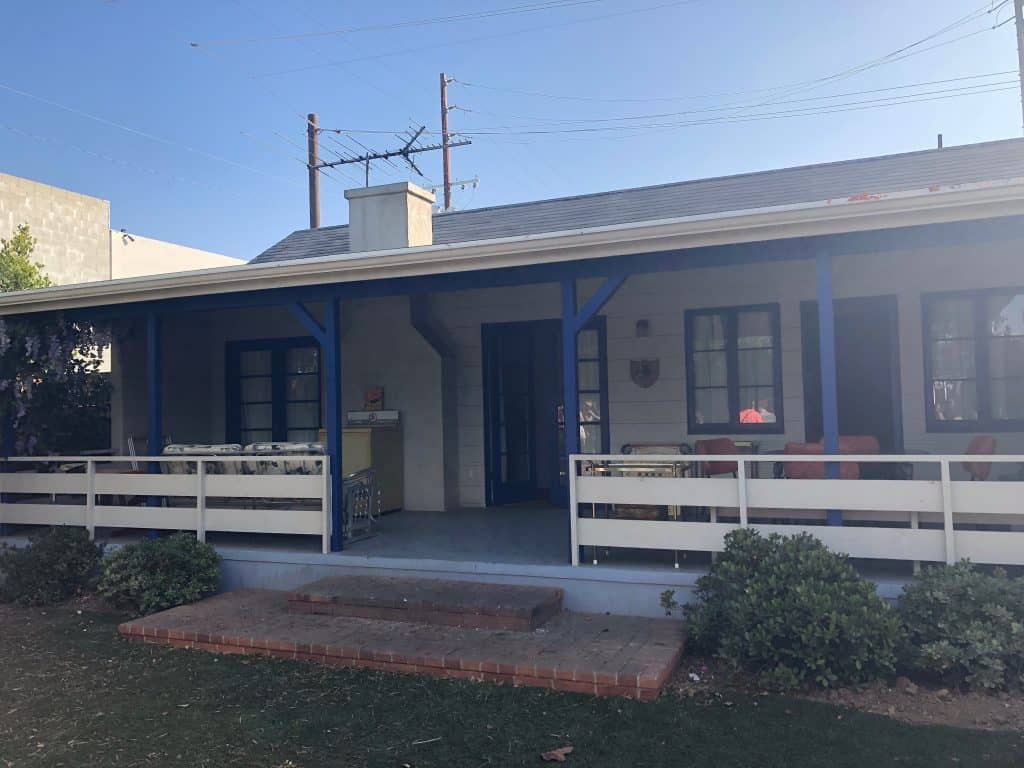 That is exactly what it is like on set filming their show. But that is what makes the show so special because Family is at the center of it. Caleb talked about how the show is about nostalgia.

Looking at the pictures, you'll probably recognize things that are familiar in your parents home, grandparents home, or where you grew up. I loved that they put in so much perfect detail. The detail was realistic.

The house looked like it was really lived in by 10 people, even though it was just a set. The props were set out in a way that you would feel it was real. Piles of toys, dirty clothes and a whole family worth of towels on the towel rack.

I love the wallpaper, photos, magazines, etc that went into decorating the home just how it should be. Here are photos from on set. Do you recognize any of it? 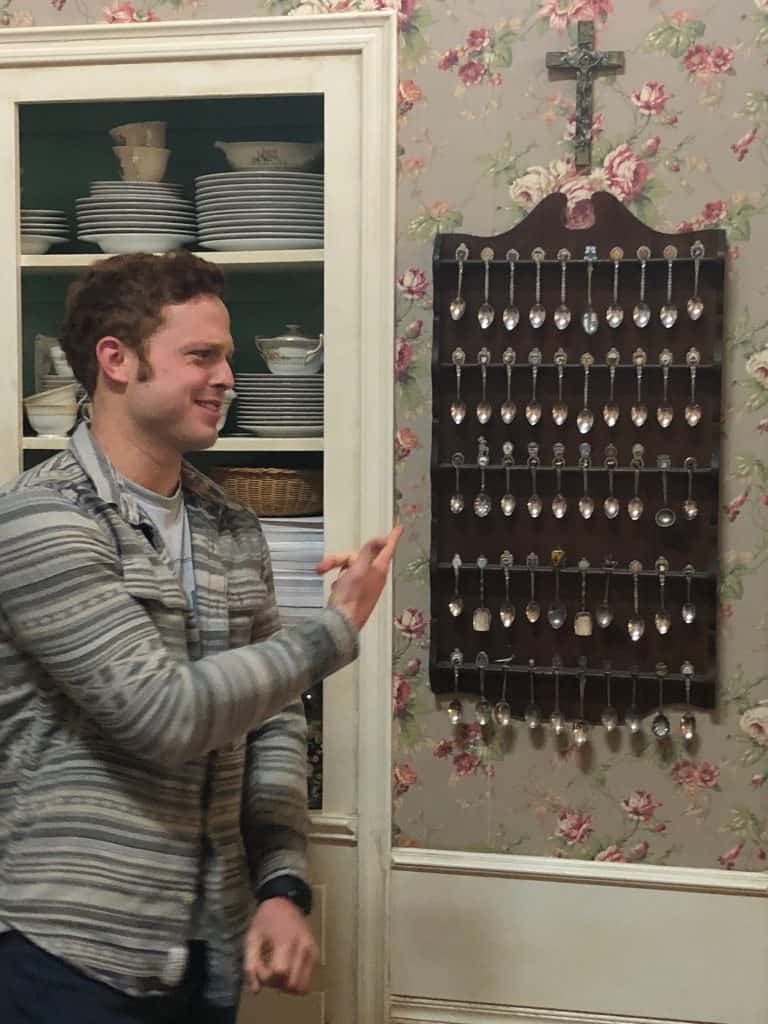 The Dining room is the center of the household. Mom would do  the laundry in there, then she folds the laundry.  She also sews in here and then they sit down to family dinner.

"So the dining room is really the center of the household in our show.  Figuratively and literally, it is the center.  And when we were trying to find a house, we wanted this relationship: kitchen, dining room and the living room." 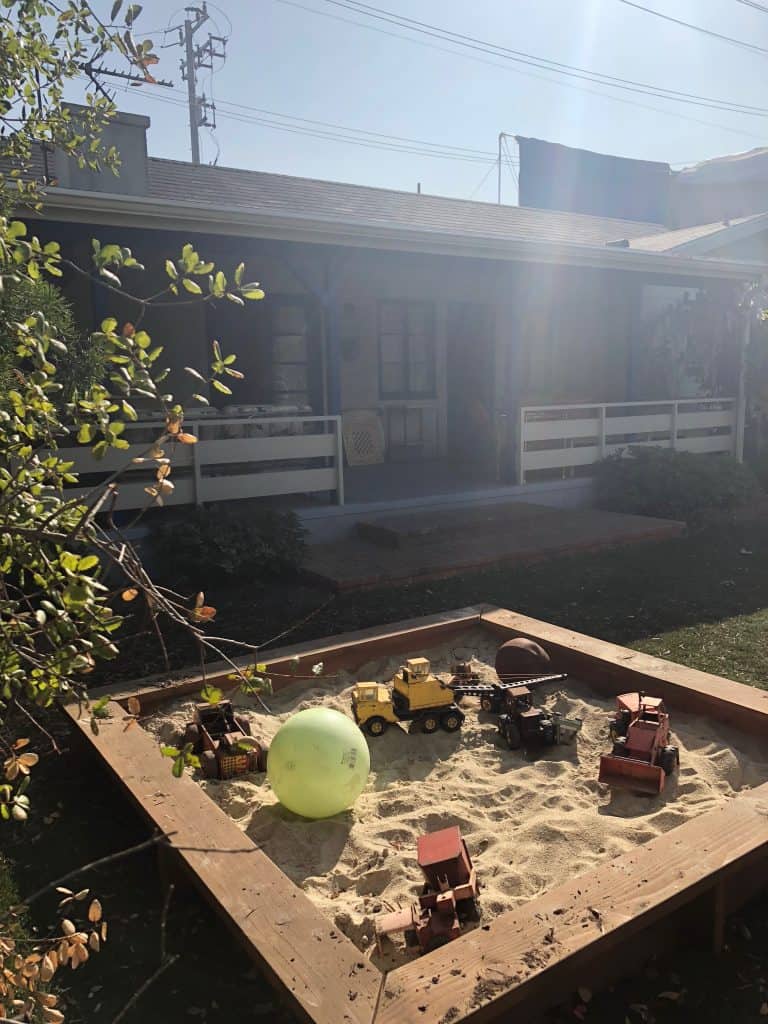 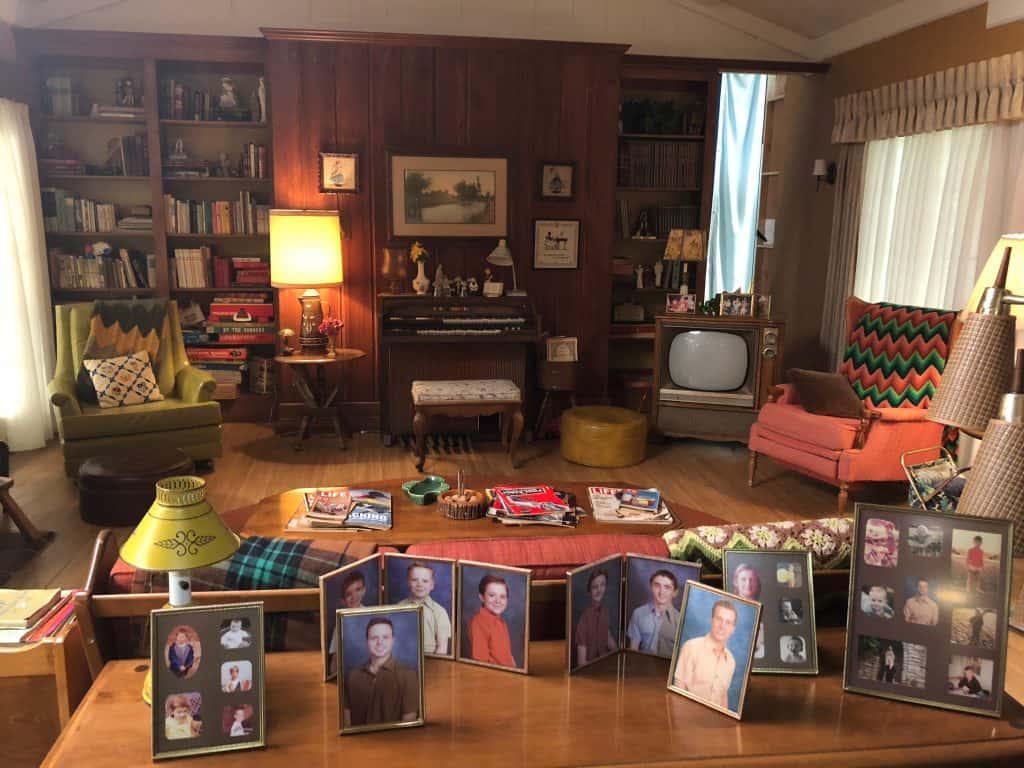 Many of the props that you see in the house were found at estate sales. They are period items which makes it difficult when they need to duplicate the item. Sometimes they get lucky, and find a match, but other times they have to cheat and make it to match. 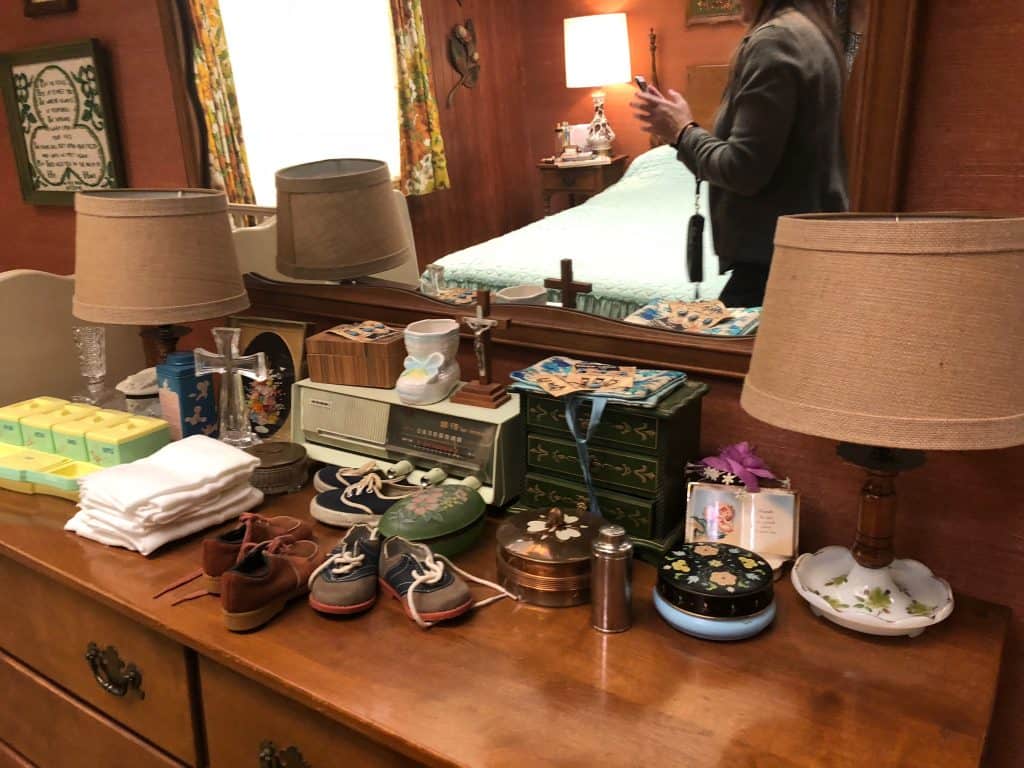 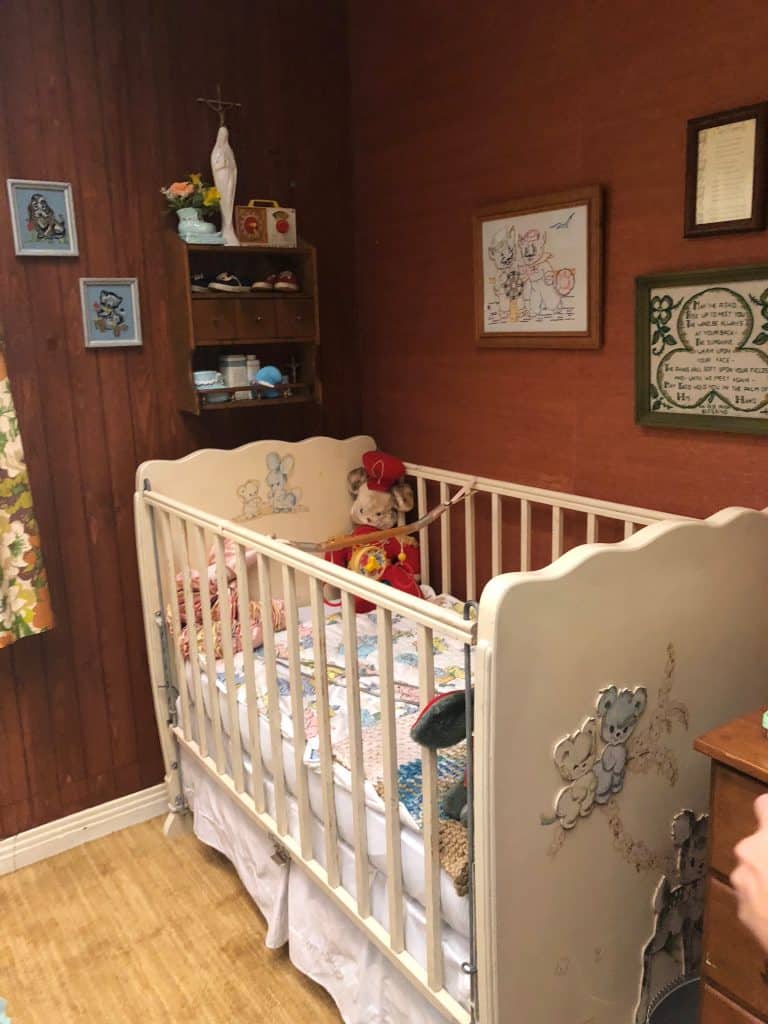 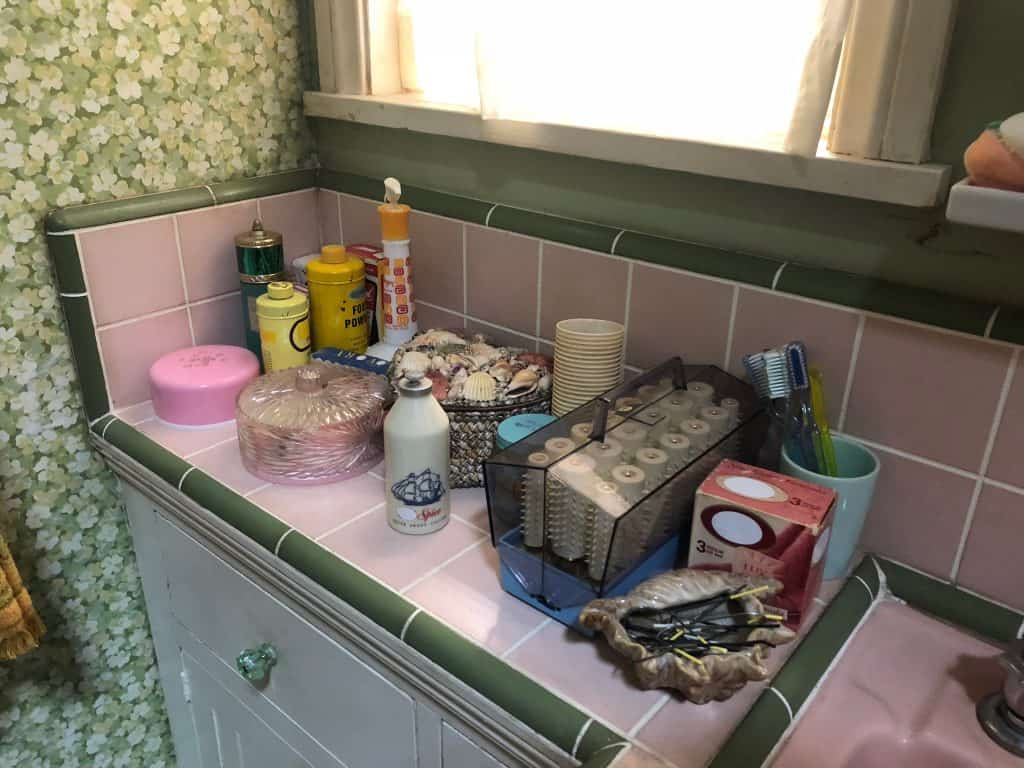 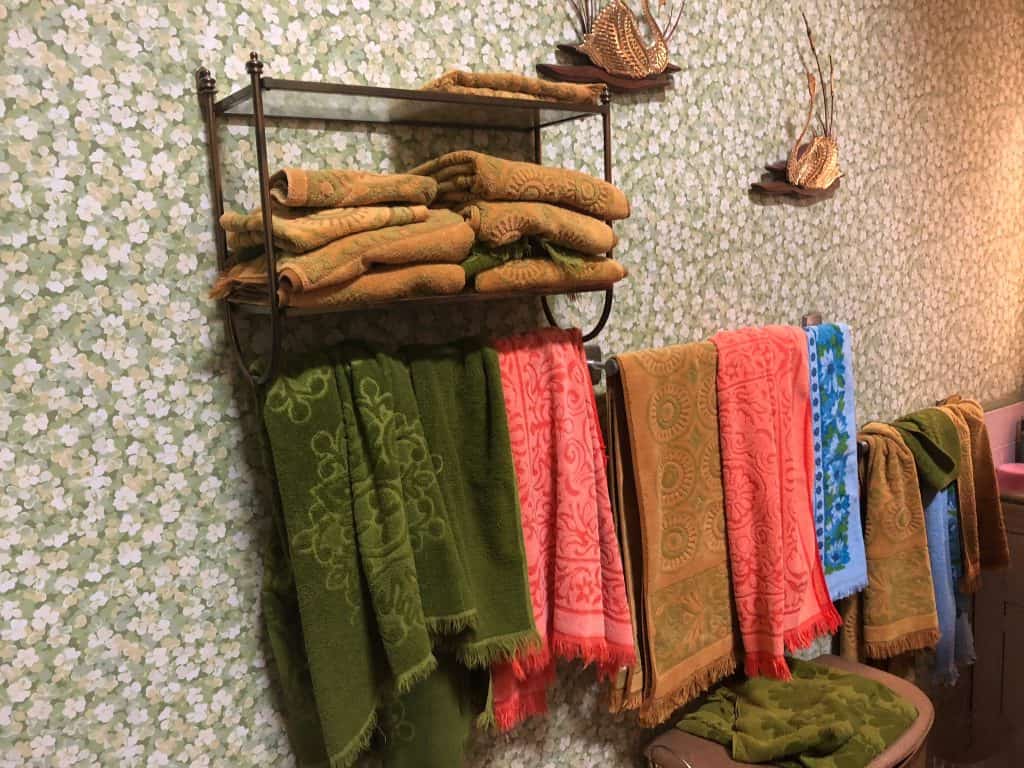 In our interview, they talked about the bathroom and all the original towels Claudette found, and the different colors.  "Because you've got 8 boys.  And everybody needs a towel.

There's no way you could have a full set, so you have all the different colors. They even have recycled soap over there.  There's just, like a million blobs all balled together of soap." 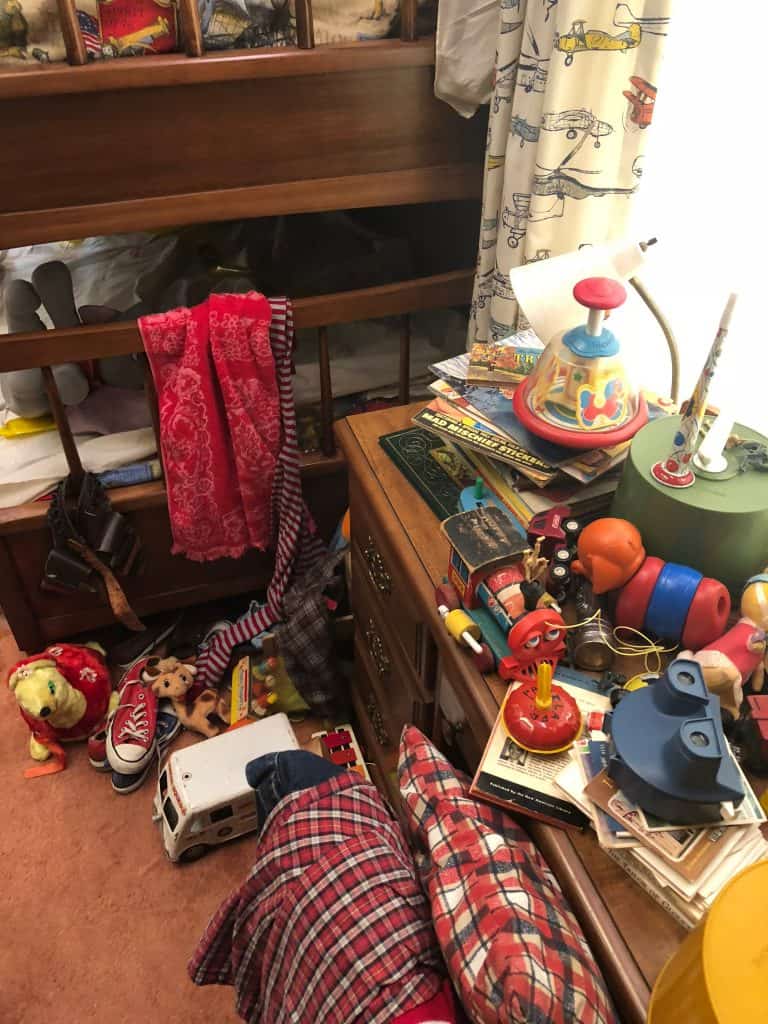 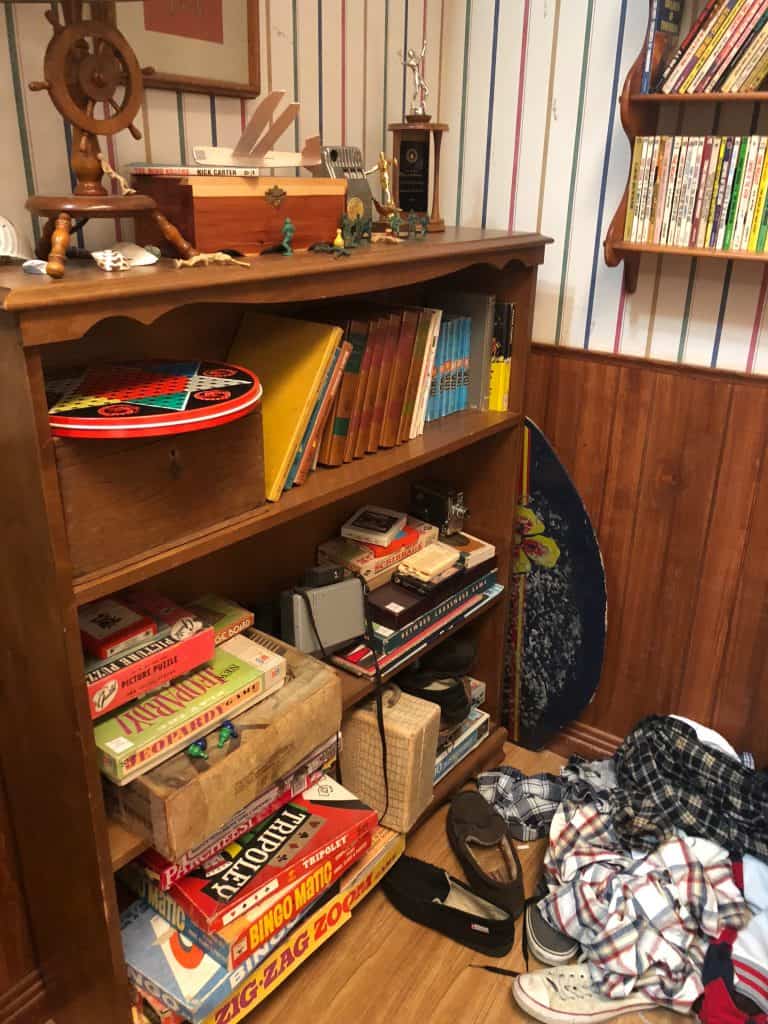 Seriously, i'm loving the piles of clothes and stacks of toys. This is such a realistic detail to me because with eight boys, you will have messes like this around your house! 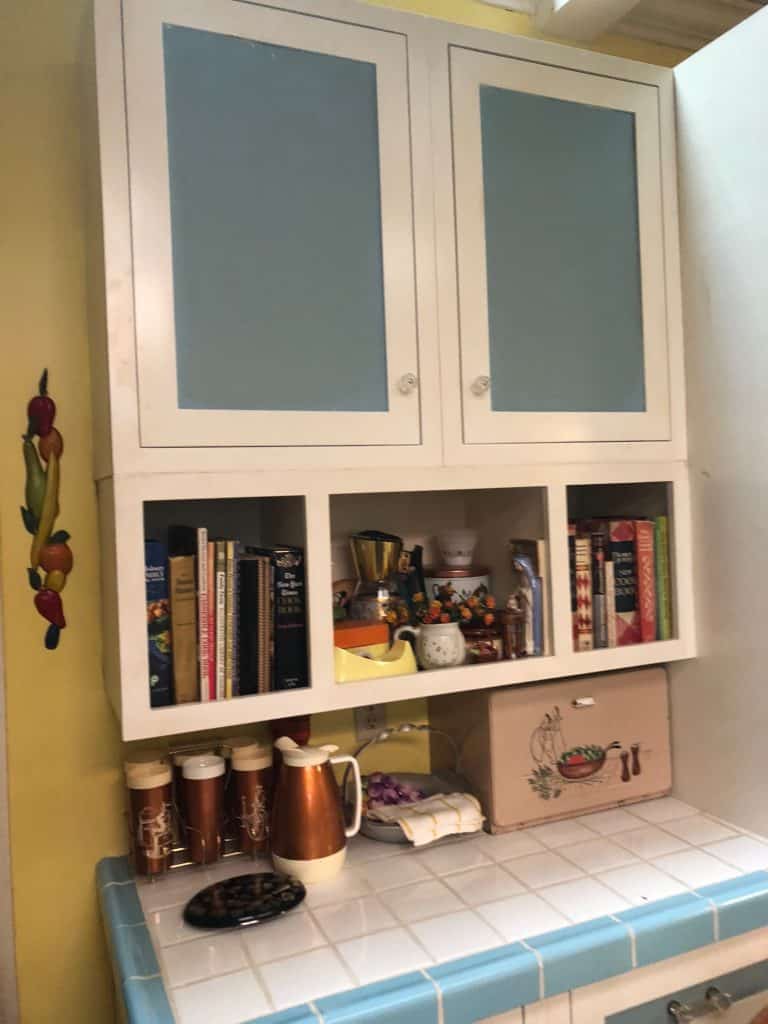 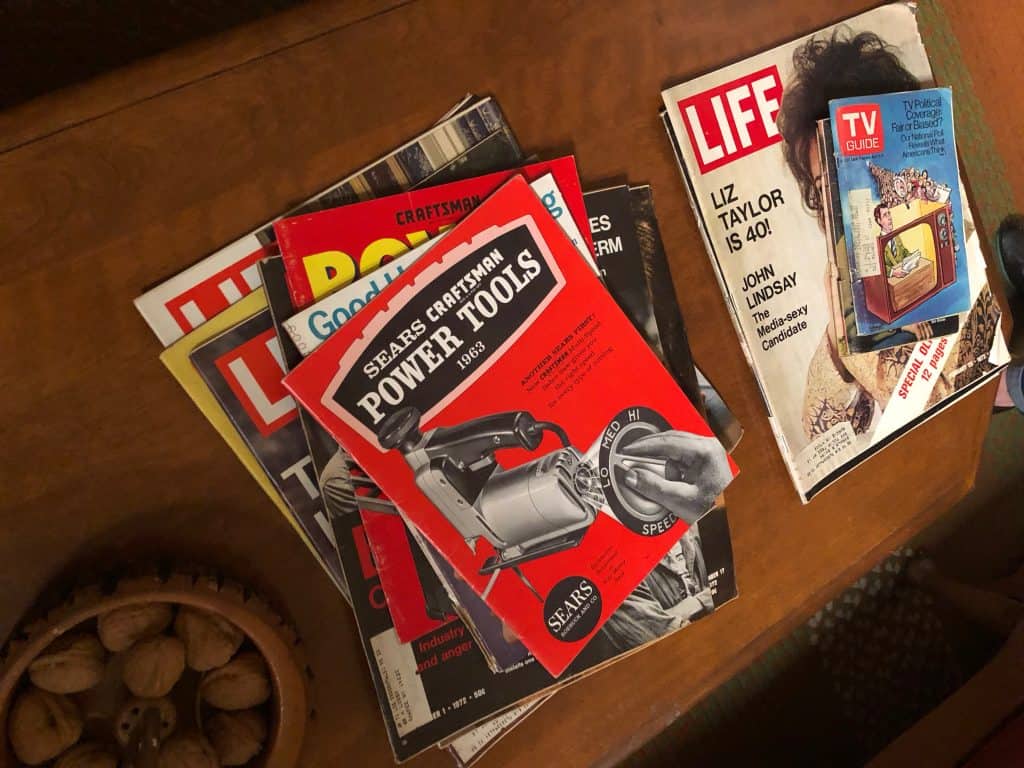 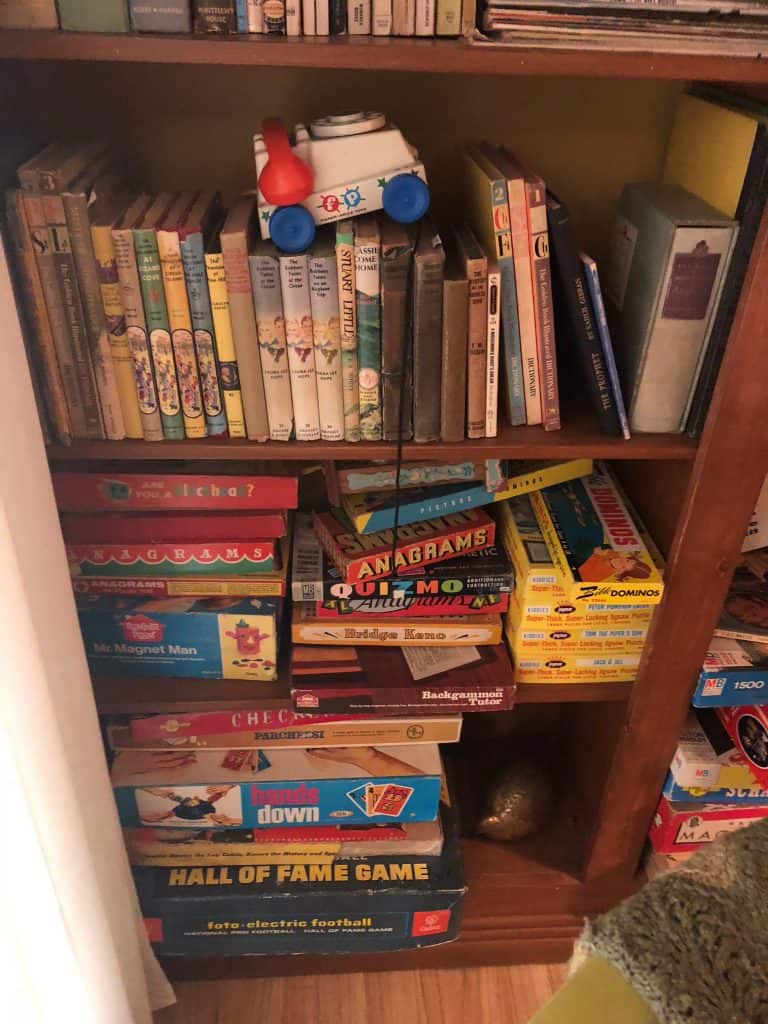 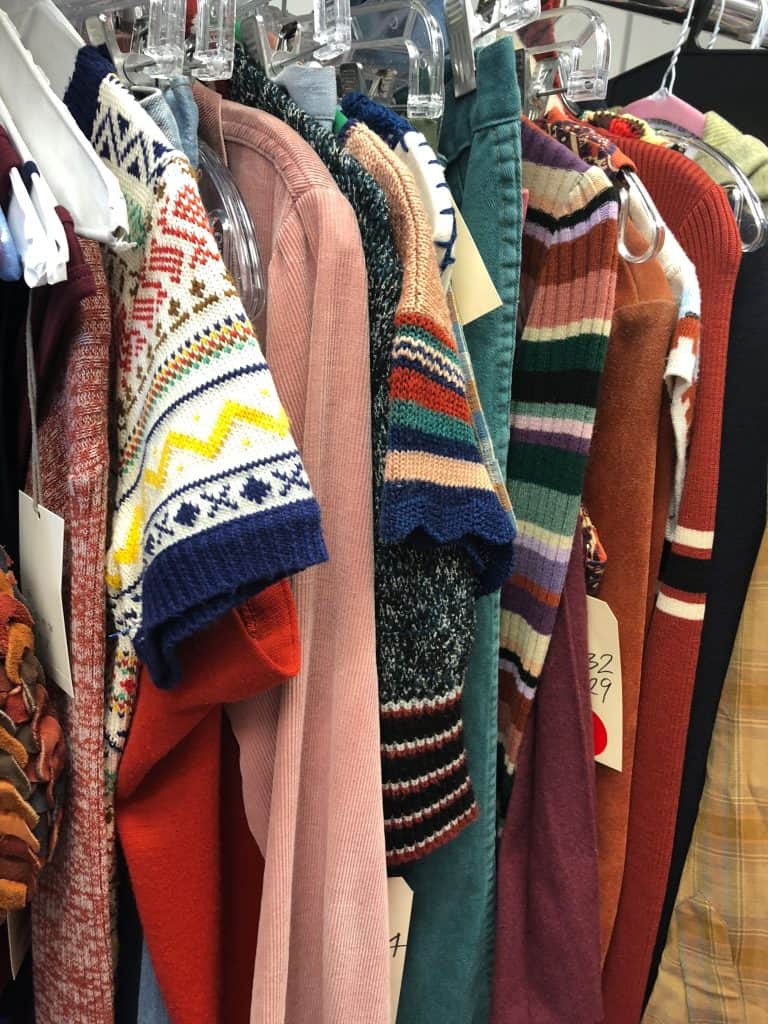 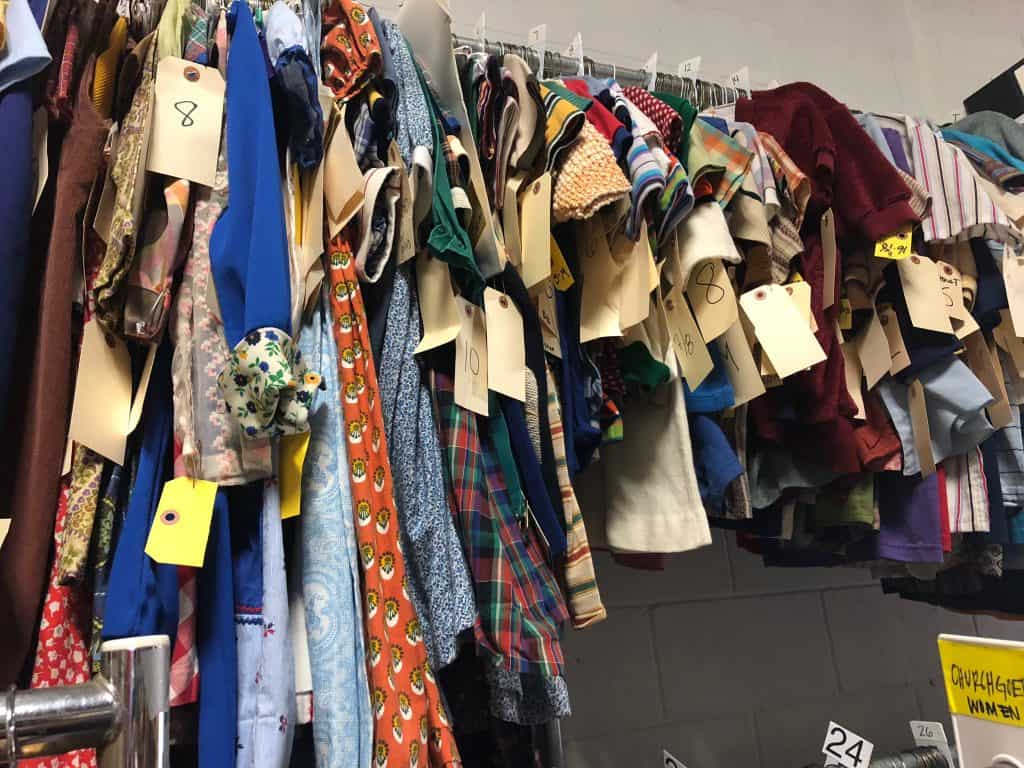 I loved walking through the trailer with their wardrobes in it. The details, fabrics and styles were perfect for the 70's. I imagine that it is a fun adventure to dress each of the boys in their wardrobe for the day.

Having a show set in a specific time period, it is very important to make sure that the wardrobe matches perfectly. Each boy is going to be a little different in their styles and so it has to be consistent during the show. 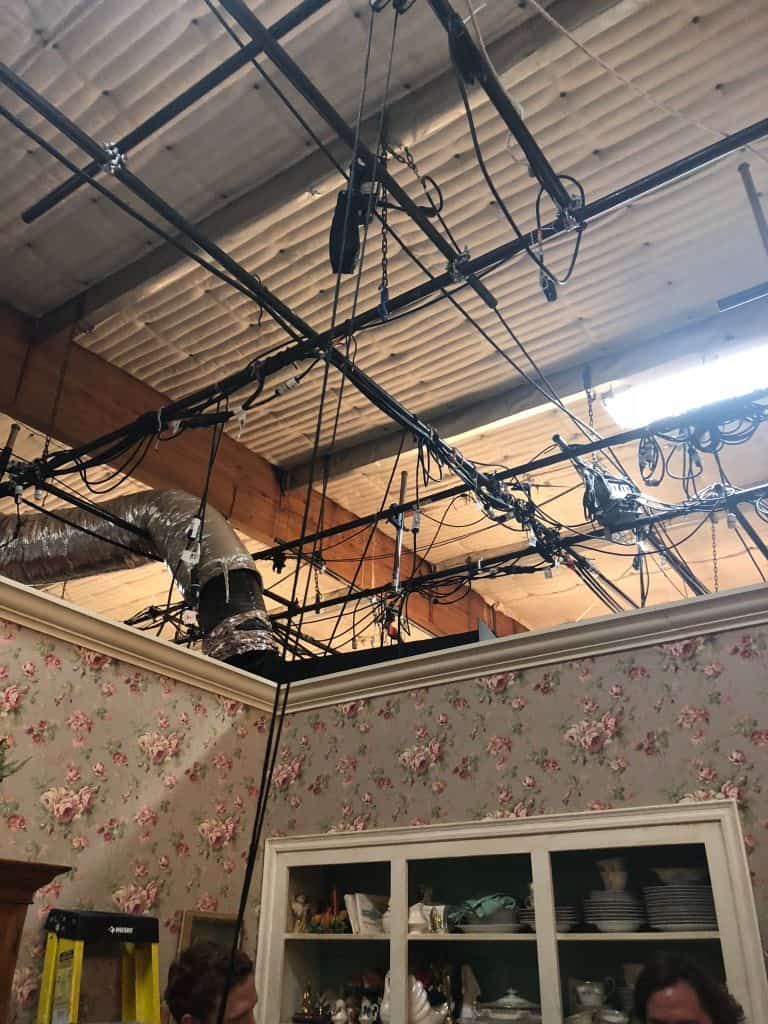 There is so much detail put into making the set look perfect. Everything from the re-created 1960's Walmart, to the bedding in the baby's bed. One of my favorite parts about being on set is seeing this perfectly put together house and then looking up.

This is when you really remember that you are on set, because the house does not have a ceiling. Above the set is lots of lights and cameras that they use to film the show. It really is incredible all of the working pieces that go into making a tv show.

I couldn't imagine getting it all to line up while working with eight boys! We had such a great time learning about the ABC's The Kids Are Alright Set. It is so fun to watch the show and look for things that I recognize! 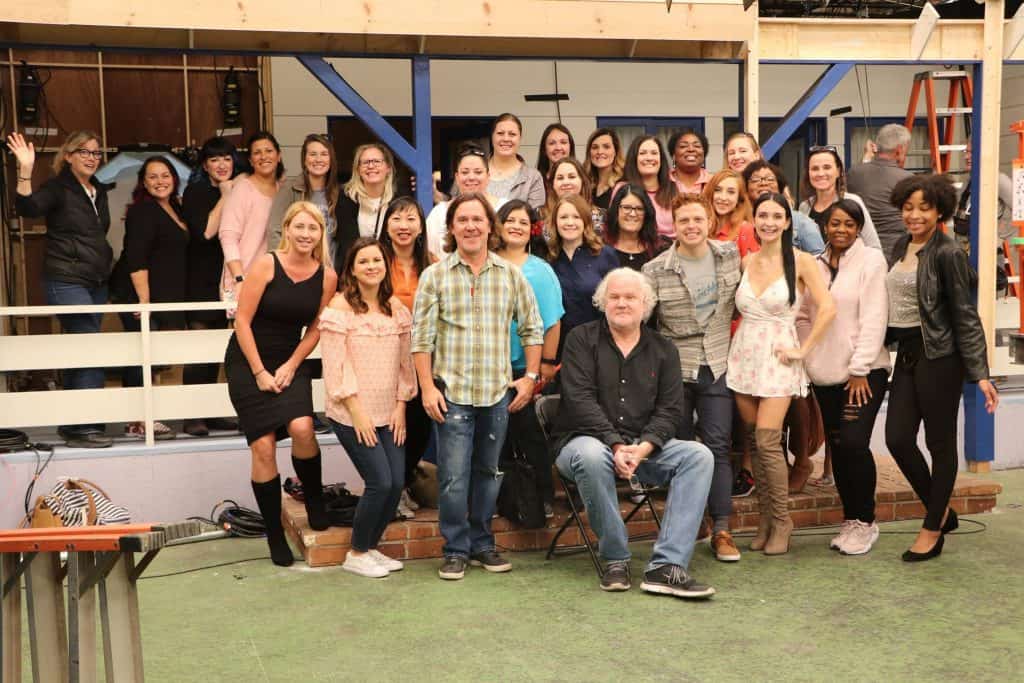 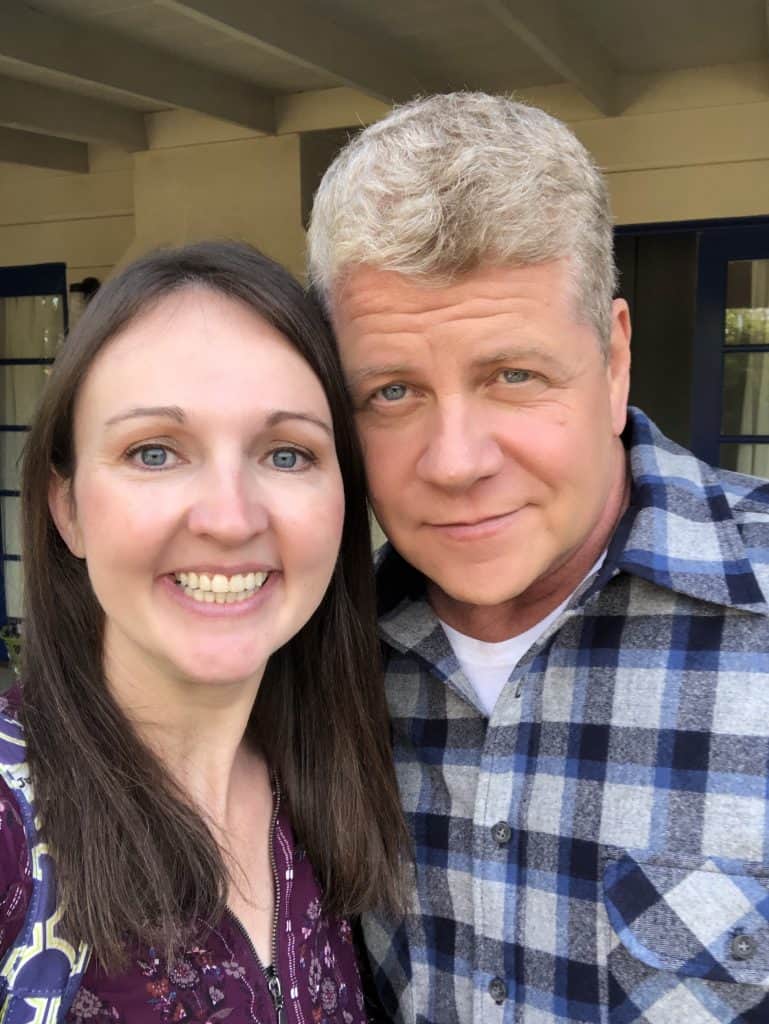 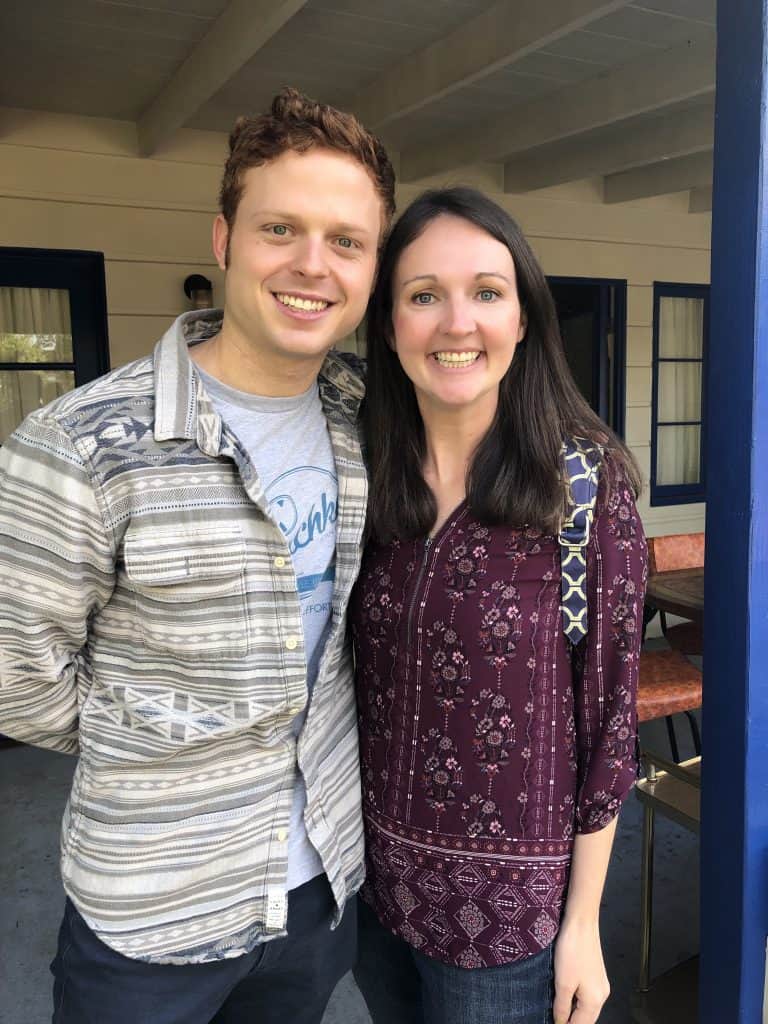 ABC's The Kids are Alright is such a fun show! Don't forget to tune in to THE KIDS ARE ALRIGHT  Tuesdays at 8:30|7:30c on ABC; also available streaming and on demand.