RALPH BREAKS THE INTERNET: WRECK-IT RALPH 2 leaves Litwak’s video arcade behind, venturing into the uncharted, expansive and thrilling world of the internet—which may or may not survive Ralph’s wrecking. Video game bad guy Ralph (voice of John C. Reilly) and fellow misfit Vanellope von Schweetz (voice of Sarah Silverman) must risk it all by traveling to the world wide web in search of a replacement part to save Vanellope’s video game, Sugar Rush. In way over their heads, Ralph and Vanellope rely on the citizens of the internet—the netizens—to help navigate their way, including a webite entrepreneur named Yesss (voice of Taraji P. Henson), who is the head algorithm and the heart and soul of trend-making site “BuzzzTube.” Directed by Rich Moore (“Zootopia,” “Wreck-It Ralph”) and Phil Johnston (co-writer “Wreck-It Ralph,” “Cedar Rapids,” co-writer “Zootopia,”), and produced by Clark Spencer (“Zootopia,” “Wreck-It Ralph,” “Bolt”), “Ralph Breaks the Internet: Wreck-Ralph 2” hits theaters on Nov. 21, 2018.

I Looooooooooved the Wreck it Ralph movie!! Seriously, I feel like we have been waiting FOREVER for Wreck-It Ralph 2! And I STILL have to wait until November! Can I just say– that I love that I love Disney movies as much as my kids too. That is how you know it is a good movie. When mom and kid can sit down and watch– and re-watch a movie together. Again and again. Have you had a chance to watch the RALPH BREAKS THE INTERNET: WRECK-IT RALPH 2 Trailer? If not– here you go: 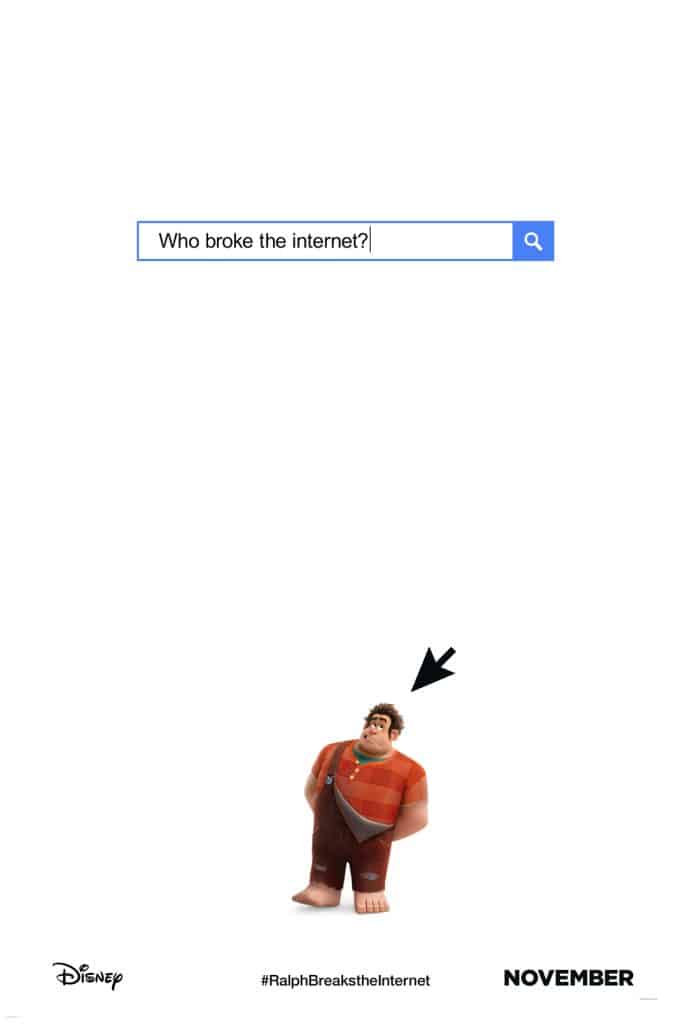