Your kids will love our FREE Activity sheets and Illumination SING Movie Giveaway. 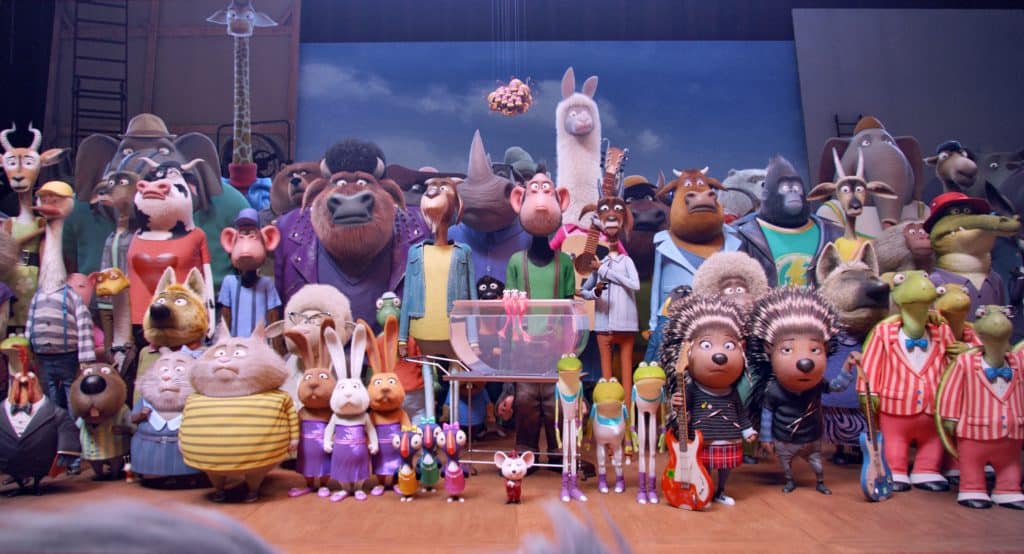 This post is sponsored by Universal Pictures and Illumination Entertainment. All opinions are my own.

I love music and I love movies so the Illumination movie SING is the best of two great things. My kids have been watching movie trailers and looking forward to seeing Sing in theaters for months now. If you have not yet seen the trailer, you’ll have to check it out!

“Set in a world like ours but entirely inhabited by animals, Sing stars Buster Moon (McConaughey), a dapper koala who presides over a once-grand theater that has fallen on hard times. Buster is an eternal—some might even say delusional—optimist who loves his theater above all and will do anything to preserve it. Now faced with the crumbling of his life’s ambition, he has one final chance to restore his fading jewel to its former glory by producing the world’s greatest singing competition. Sing stars Academy Award® winners Matthew McConaughey and Reese Witherspoon, alongside Seth MacFarlane, Scarlett Johansson, John C. Reilly, Taron Egerton and Grammy Award-nominated Tori Kelly.” 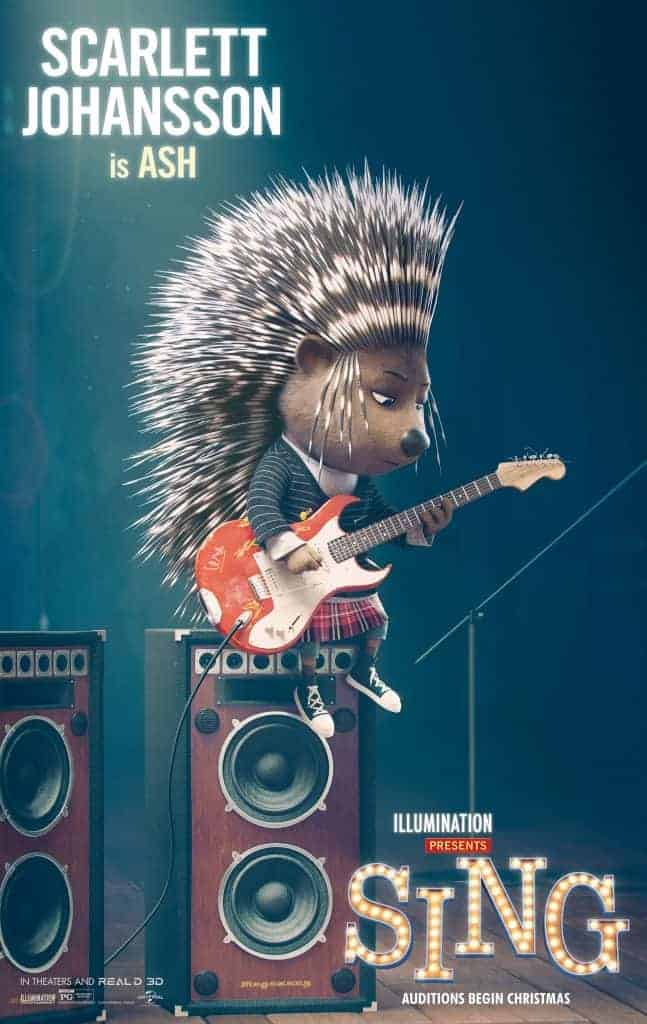 “Featuring more than 65 hit songs, Sing is produced by Meledandri and his longtime collaborator Janet Healy. Together, they have produced all of Illumination’s films since the studio’s inception. Released by Universal Pictures, Sing arrives in theaters on December 21, 2016. www.singmovie.com” 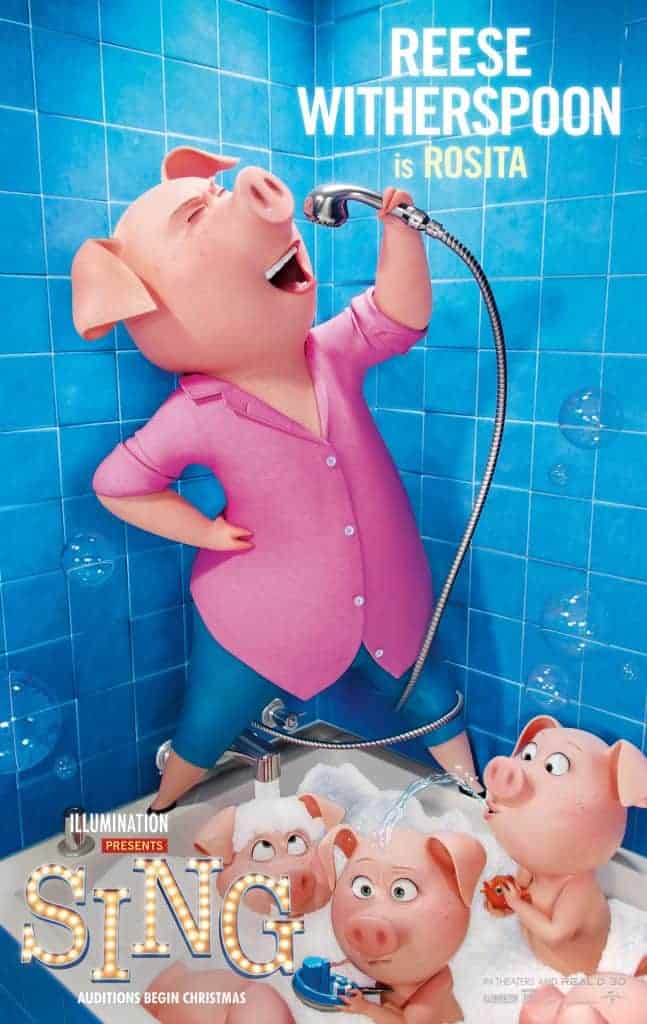 This movie looks like it will be a fun movie for the whole family. I always love finding movies that I can enjoy with my kids. I am very impressed with the large voice cast that is in this movie and am so excited to hear their performances. We love going to movies during Christmas vacation, so we will definitely be checking out SING this holiday. Unfortunately, we do have to wait a few weeks so until the movie comes out, here are some FREE Activity Sheets and Coloring pages for the kiddos! 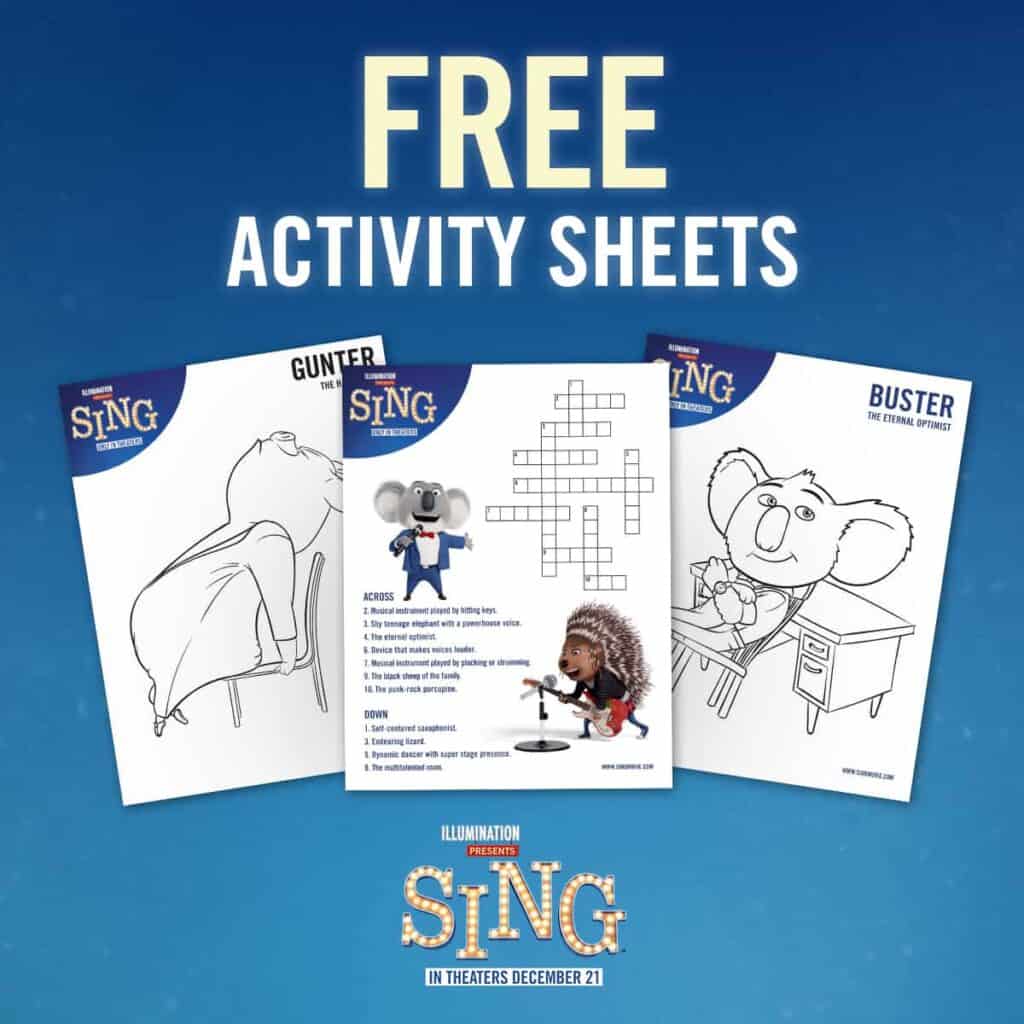 One lucky A Sparkle of Genius Reader will win: